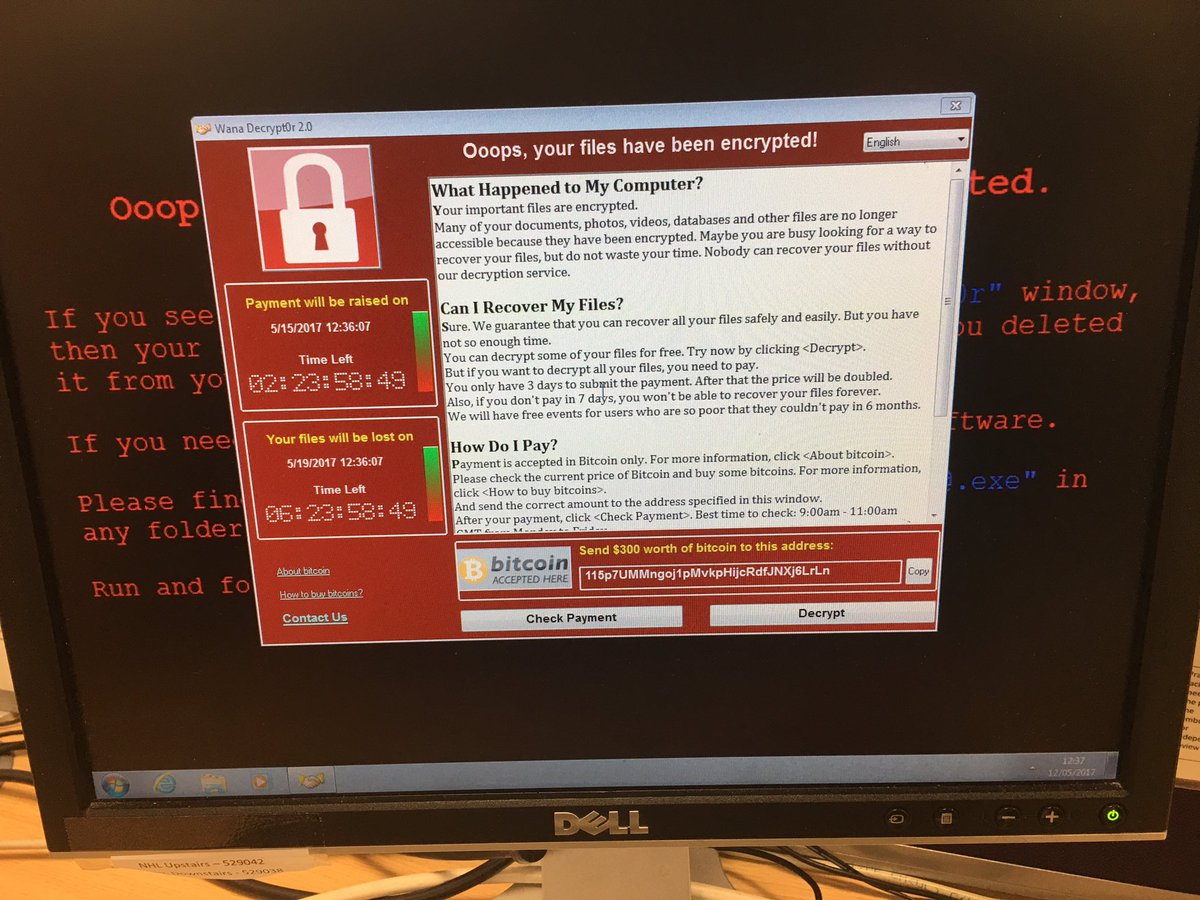 Several hospitals across the U.K. were reportedly hit by a massive cyber attack Friday, causing internal turmoil since staff couldn’t access files and were forced to reroute emergency patients.

Tom Donnelly, a spokesperson for the country’s National Health Service (NHS), said the assault and its effects are still ongoing, according to The New York Times. The 16 health facilities are having trouble accessing important data and completing health care processes due to the fact that most hospital’s possess and rely on a virtual structure.

Officials within NHS Digital, the service’s tech division, believe the attack involved a form of ransomware known as Wanna Decryptor.

Ransomware is a type of infected software designed to take over a computer system and then block access for the authorized user. Hackers encrypt information critical to the performance of hospitals or other institutions, then demand money (usually in the form of BitCoin, a digital currency) in return for the encryption password. (RELATED: There Are At Least 170 Million Internet-Connected Devices Susceptible To Hacking In The U.S.)

“At this stage we do not have any evidence that patient data has been accessed,” NHS Digital said in an official statement. “Our focus is on supporting organisations to manage the incident swiftly and decisively, but we will continue to communicate with NHS colleagues and will share more information as it becomes available.”

NHS Digital says the attack did not target it specifically.

Ransomware, and similar hacking techniques, have become more common in recent years as the world becomes more digital and virtually interconnected. (RELATED: Roughly Half Of People Click On Infected Link Even After Knowing Risks)

Multiple companies in Spain and Portugal, respectively, were also reportedly hacked Friday, but the origin of the attack or any potential connection to the breach on the U.K.’s NHS system is not yet known.

A Los Angeles college decided in January to pay hackers $28,000 to remove infected software from its computer systems after cybercriminals took the school’s data hostage. Thousands of students and faculty were unable to access their files as a result of the ransomware.

The University of Calgary felt compelled to pay 20,000 Canadian dollars (around $15,700) to hackers who infiltrated the college’s information technology systems roughly a year ago.

The cybercriminals committed the ransomware attack by encrypting the school’s data and (like the ongoing situation for Britain’s NHS) keeping critical computer files from officials and staff.