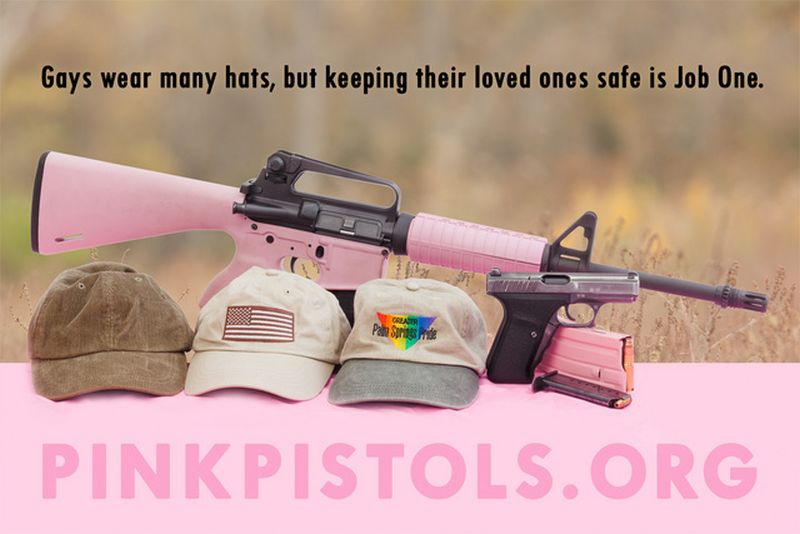 A LGBTQ group dedicated to the legal and safe use of firearms for the LGBTQ community put out a press release Sunday that urged people to focus on the Orlando shooter’s heinous actions and not on guns as the problem.

Oman Mir Seddique Mateen killed 49 people in a shooting at a gay nightclub Saturday night in Orlando, Fla.  Gwendolyn Patton, the first speaker of the Pink Pistols, came forward Sunday to urge Americans to not automatically blame firearms as the primary cause of the mass shooting.

“The Pink Pistols gives condolences to all family and friends of those killed and injured at Pulse,” Patton said. “This is exactly the kind of heinous act that justifies our existence. At such a time of tragedy, let us not reach for the low-hanging fruit of blaming the killer’s guns. Let us stay focused on the fact that someone hated gay people so much they were ready to kill or injure so many. A human being did this. The human being’s tools are unimportant when compared to the bleakness of that person’s soul.

Pink Pistols is a group dedicated to the “legal, safe and responsible use of firearms for the sexual minority community.” The group emphasizes teaching LGBTQ people to arm and protect themselves legally.

Patton continued, “I say again, GUNS did not do this. A human being did this, a dead human being. Our job now is not to demonize the man’s tools, but to condemn his acts and work to prevent such acts in the future. It is difficult, if not impossible, to foresee such an event.” But if they cannot be prevented, then they must be stopped as fast as someone tries to start them.”

“It’s sad that we must consider such things, but when there are persons out there who mean us harm, we must find ways to protect ourselves within the law,” Patton concluded.

Send tips to Amber to amber@dailycallernewsfoundation.org