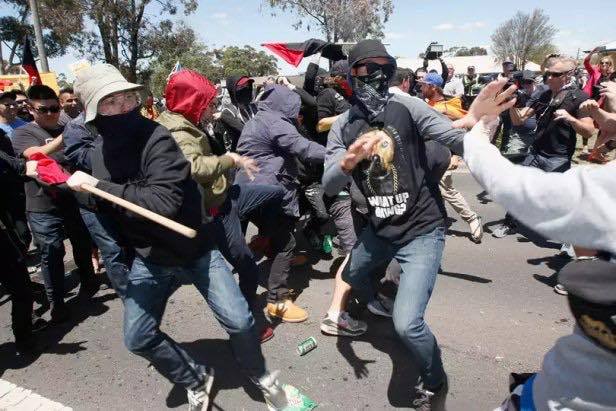 “Congress shall make no law respecting an establishment of religion, or prohibiting the free exercise thereof; or abridging the freedom of speech, or of the press; or the right of the people peaceably to assemble, and to petition the Government for a redress of grievances.” – The First Amendment

In case you have not heard, your First Amendment right to the freedom of speech and expression is under siege by the radical left. A new political phenomenon is unfolding across the United States wherein highly organized and violent leftist groups are attempting to silence conservative speech.

The radical left has all but shut down dissenting conservative speech on many college and university campuses across the United States as illustrated by UC Berkeley’s cancellation of events featuring conservative media pundits Ann Coulter and Milo Yiannopoulos.

This sort of violent radical leftism first gained national attention in the United States during the 1999 Seattle WTO protests wherein anarchist groups, bent on destroying the symbols of capitalism and multinational corporatism, caused millions of dollars worth of damage and clashed with police.

Those in the liberty movement with anarchist sympathies, might need to investigate the leftist and anti-constitutional ideology of these violent leftist groups before joining with Antifa and its sister organizations.

Make no mistake about it, these radical leftist groups want to silence all conservative opposition and dissent and completely undermine your First Amendment right to exercise your free speech. Be on guard, these Antifa and far-left radical groups are often funded and well organized by Liberals such as George Soros, who attempts to destabilize Western democracies for personal monetary gain.

There is a new war going on in America and your ability to exercise free speech is under siege by the left who want to make the United States into a totalitarian socialist police state where conservative dissent is criminalized.