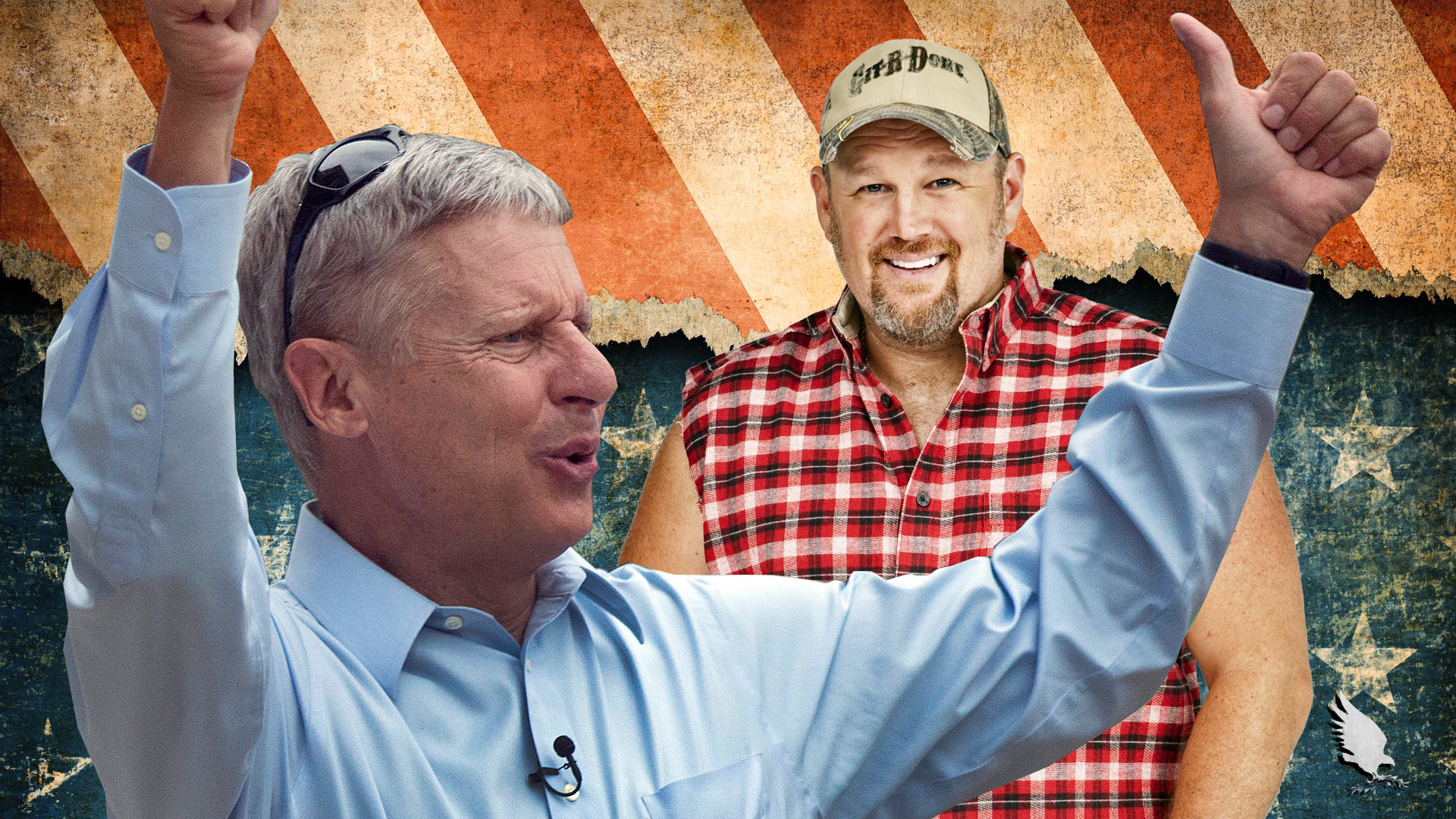 This morning on Fox and Friends, popular comedian Larry the Cable Guy spoke with the hosts on a variety of topics, from his observations of people at a recent yard sale, to the slimming effect of his cut-off t-shirt. About 2:15 into the segment, after being consistently pressed by the hosts to talk about who he likes in the Presidential election this year,  Larry made a very interesting comment.

Fox Host: Can we please talk about the election? Who are you endorsing?

Larry the Cable Guy: Uh … I say I’m a Trump man, and when I say Trump man, I mean Gary Johnson. *laughs* No … I know who I’m not voting for. I’ll give you the initials … Hillary Clinton.

This remark must have been very interesting to Gary Johnson’s campaign, as they quickly responded on Twitter with an invitation for the Blue Collar Comedy star to contact the Libertarian candidate personally.

.@GitRDoneLarry We need to talk. Call me.

Increased celebrity chatter for Gary can only be a positive development for the former New Mexico governor’s presidential aspirations. Will this forward momentum continue to increase at a pace sufficient to get him into the debates? Watch the entire segment and let us know your thoughts on Facebook or in the comments below.

European Union Whines That Ireland’s Corporate Tax is Too Low