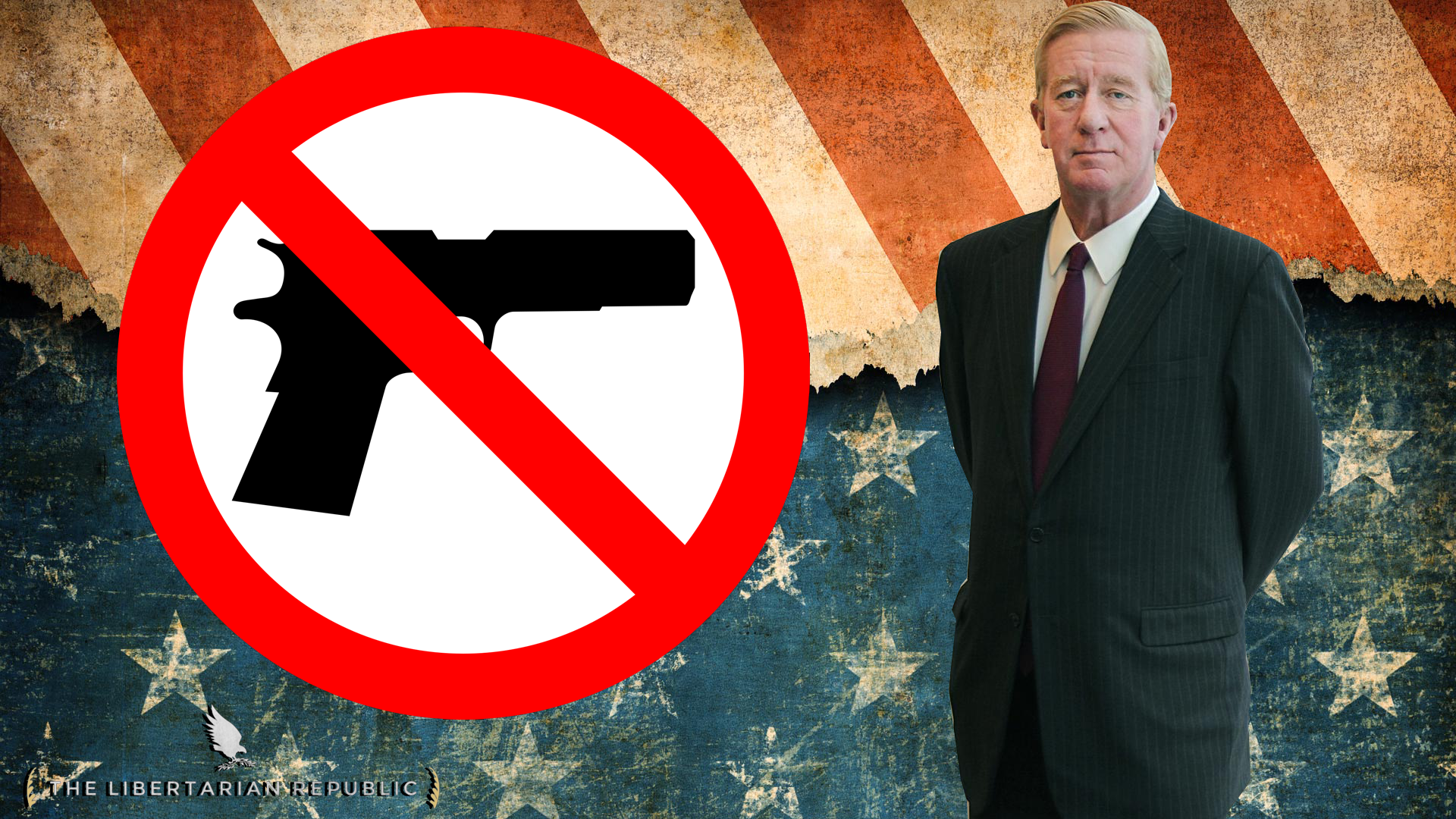 Libertarian vice-presidential candidate Bill Weld has been notoriously anti-gun in both the extended and recent past. Has his decision to run on the Libertarian ticket persuaded him to move more toward the official party position on this particular issue? We’ll let you decide. At a televised interview with Revolt.tv earlier this month, the former Massachusetts Governor was asked about his thoughts on gun-related issues.

Revolt TV: Let’s talk about one more issue that is important to our audience and that is guns. The shooting, the massacre at the Pulse night club in Orlando was at the hands of someone who had access to an AR-15, a semi-automatic assault rifle. Should those type of weapons be available to people?

Bill Weld: The five-shot rifle, that’s a standard military rifle. The problem is if you attach a clip to it so it can fire more shells and if you remove the pin so that it becomes an automatic weapon. And those are independent criminal offenses. That’s when they become essentially a weapon of mass destruction. The problem of handguns is probably even worse than the AR-15.

Revolt TV: What can we do to control this flow of guns?

Bill Weld: You shouldn’t have anybody who is on a terrorist watch-list be able to buy any gun at all.

These and many other positions of the former GOP politician have caused some libertarian thinkers to suggest that Weld isn’t just soft on libertarian ideas, but that he just simply isn’t a libertarian.

What do you think? Is the Libertarian VP nominee’s position on gun control wildly divergent from the party mainstream? Does he just hold to a more moderate (but acceptable) interpretation of gun rights than his running mate Gary Johnson? Let us know on Facebook or in the comments below.