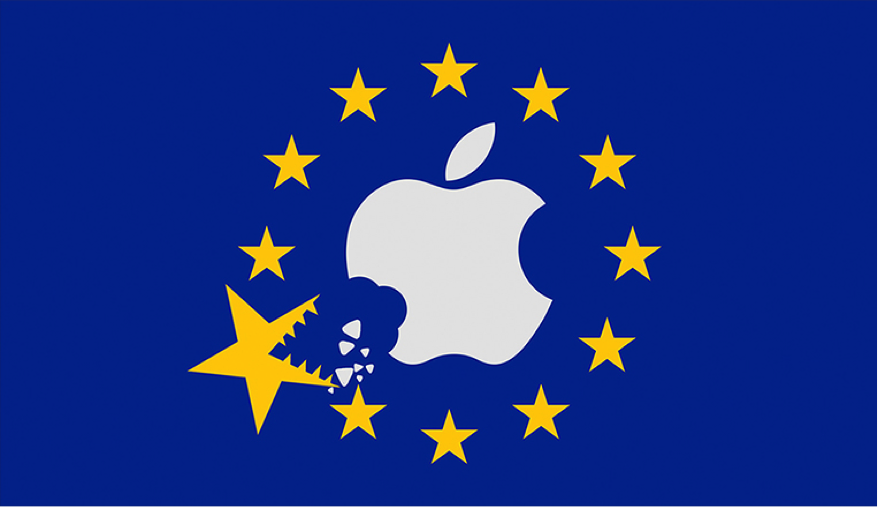 After the British people this June decided to vote for leaving the European Union, pundits across Europe and America warned of the wounds businesses would have inflicted upon them if they choose to continue operating and investing in a nation that was on course to vacate the great continental club. Now as they predicted, a nation is reeling in Europe because of its relation to Union. Yet it isn’t Britain that’s stumbling as it makes its way out. Instead, Ireland a nation firmly entrenched in the Union, now faces an economic disaster wholly to be blamed on the bureaucrats in Brussels.

Apple Inc. and the Irish government long ago came to an agreement dating back to 1991 that allowed for the company to pay taxes at a rate of 1%. This was highly beneficial to Apple because via complicated details of Irish law, known as the “Double Irish Dutch Sandwich,” a business can file taxes in Ireland for earnings in multiple nations. In Apple’s case, those nations included at least all the members of the European Union. The tax maneuver has, as of 2015, been discontinued for new companies not already in such agreements.

This deal has helped Apple and other multinational tech companies like Facebook by providing extremely low taxes. Even without special deals, the corporate tax rate in Ireland of 12.5% sits well below the EU average. It has also helped the Irish people by being a boon for the national economy, where over the past 20 years, many tech companies have located their main European offices.

Yet for years, many nations like France have been secretly jealous of Irish success. Out of spite, former President Nicholas Sarkozy in 2011 called for blocking Ireland from receiving any European funds for a bailout unless the government would commit to revamping its corporate tax policy. Finally, France and other foes of Irish tax policy got a wonderful present this past week when the European Commission found that the tax deal violated EU law and they hit Apple with €13 billion in back taxes for roughly the past decade.

According to EU commissioner Margrethe Vestager, “Member states cannot give tax benefits to selected companies – this is illegal under EU state aid rules.”

Ireland and Apple have both agreed to act jointly in appeal against the commission’s findings. Irish finance minister Michael Noonan recently announced:

The decision leaves me with no choice but to seek cabinet approval to appeal. This is necessary to defend the integrity of our tax system, to provide tax certainty to business and to challenge the encroachment of EU state aid rules into the sovereign member state competence of taxation.

Noonan is completely right. Control over taxation is a fundamental sign of sovereignty, and the encroachment of the EU in this area particularly reeks of European federalism, a dream that many who desire a United States of Europe have long held. Yet all hope is not lost. If the appeal is successful, it could bring yet another blow to the multi-national political union that is still shaking from the Brexit vote. Even if it fails, a silver lining may be found.

In a nation where hundreds of thousands of jobs have been created on account of Irish low-tax policies, any action put forth by the EU that could threaten the economic climate that has brought prosperity to so many Irish citizens may find that they are pushing away from them a nation they thought to be securely in their camp — out of the arms of Brussels and further in the direction of the British rebels who sit only some few miles across the North Channel, whose decision this past June could rub off on an angered Irish people.