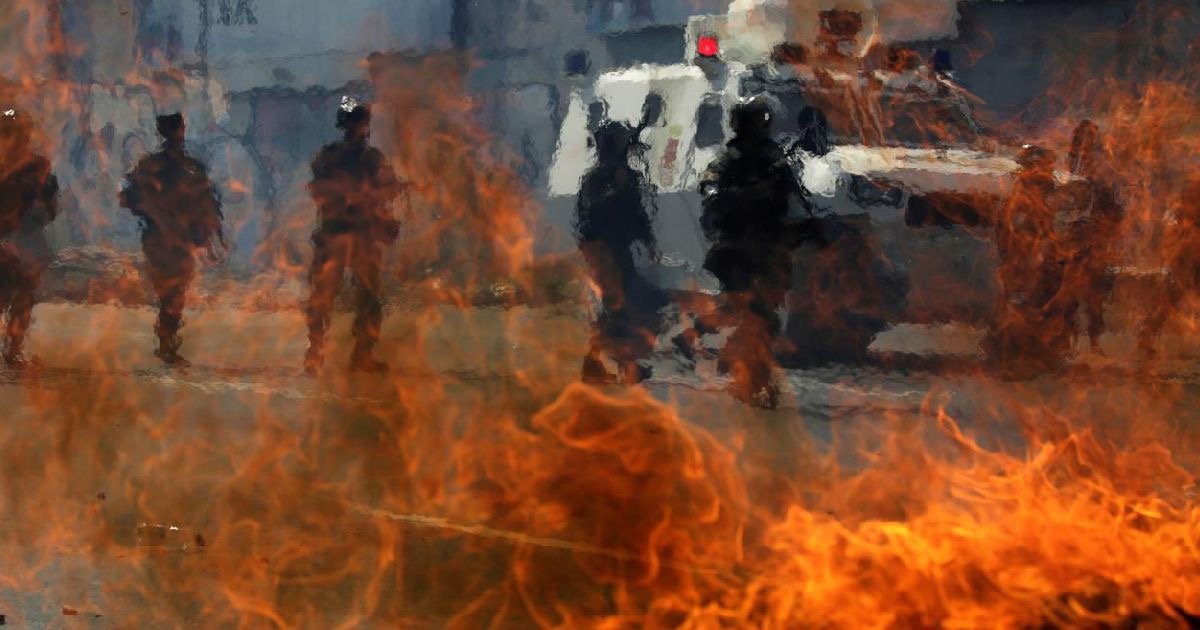 It is no secret to those of us within the liberty movement that Socialism is both immoral and unsustainable. But there is a growing movement in this country to abandon the eternal laws that govern the free market system in favor of economic ideas based on extortion and control that will never lead to a sustainable and prosperous society.

The terror and destruction that government control of the means of production inevitably leads to is nothing new to ever watchful eyes of history; which brings me to a poem written by English author and poet Rudyard Kipling entitled, “The Gods of the Copybook Headings” which he wrote after seeing the destruction of Europe caused by the Fabian Socialist at the end of World War I. This poem has become my personal favorite since I was first introduced to it by Glenn Beck around 2014. The reason it is one of my personal favorites is that it speaks about what will always happen every time a society abandons eternal truths and natural law.

The Gods of the Copybook Headings

AS I PASS through my incarnations in every age and race,
I make my proper prostrations to the Gods of the Market Place.
Peering through reverent fingers I watch them flourish and fall,
And the Gods of the Copybook Headings, I notice, outlast them all.

We were living in trees when they met us. They showed us each in turn
That Water would certainly wet us, as Fire would certainly burn:
But we found them lacking in Uplift, Vision and Breadth of Mind,
So we left them to teach the Gorillas while we followed the March of Mankind.

We moved as the Spirit listed. They never altered their pace,
Being neither cloud nor wind-borne like the Gods of the Market Place,
But they always caught up with our progress, and presently word would come
That a tribe had been wiped off its icefield, or the lights had gone out in Rome.

When the Cambrian measures were forming, They promised perpetual peace.
They swore, if we gave them our weapons, that the wars of the tribes would cease.
But when we disarmed They sold us and delivered us bound to our foe,
And the Gods of the Copybook Headings said: “Stick to the Devil you know.”

On the first Feminian Sandstones we were promised the Fuller Life
(Which started by loving our neighbour and ended by loving his wife)
Till our women had no more children and the men lost reason and faith,
And the Gods of the Copybook Headings said: “The Wages of Sin is Death.”

In the Carboniferous Epoch we were promised abundance for all,
By robbing selected Peter to pay for collective Paul;
But, though we had plenty of money, there was nothing our money could buy,
And the Gods of the Copybook Headings said: “If you don’t work you die.”

Then the Gods of the Market tumbled, and their smooth-tongued wizards withdrew
And the hearts of the meanest were humbled and began to believe it was true
That All is not Gold that Glitters, and Two and Two make Four
And the Gods of the Copybook Headings limped up to explain it once more.

As it will be in the future, it was at the birth of Man
There are only four things certain since Social Progress began.
That the Dog returns to his Vomit and the Sow returns to her Mire,
And the burnt Fool’s bandaged finger goes wabbling back to the Fire;

And that after this is accomplished, and the brave new world begins
When all men are paid for existing and no man must pay for his sins,
As surely as Water will wet us, as surely as Fire will burn,
The Gods of the Copybook Headings with terror and slaughter return!

The reason I am sharing this with you now is because I feel that America is going down a path that is very dangerous, one that has led to incredible death and suffering in literally every nation where a privatized division of labor and private property rights haven’t been protected. I have always believed that America is an exceptional nation because the idea of America and the traditions of individual liberty and expressly limited government enshrined in our founding documents have allowed not just Americans, but people from all across the globe to reap the benefits of Capitalism in some form or fashion.

I also have the deeply held belief that while Americans will not be exempt from the consequences of a Venezuela type situation if we keep on marching down what FA Hayek called “The Road to Serfdom,” I do believe we have the ability to reverse it if we stop now. My study of our history as Americans has convinced me that we are capable of great and, dare I say, rather miraculous things when the chips are down. But to accomplish this task, we must look not to Washington DC, a political party or any politician, but inside ourselves.

We must be the individuals who are willing to teach our children, family, friends, and neighbors about the blessings of liberty for ourselves and the posterity of future generations. If we are to survive the coming storm, (For the record I know that we will as long as we don’t allow those in positions of power and influence to turn us against our neighbors.) we must stop settling for the so-called “lesser of two evils” and realize that there is only “WE The People” vs. the State. As individuals, we must also realize that freedom is dangerous, but that the dangers of the abuse of individual freedoms are far better than the tyranny required to attempt to create a false sense of security. This is the mistake Kipling highlights when he points out that the people gave up their weapons in an attempt to cease the “wars of the tribes.” We must also accept the fact that no amount of centralized planning can guarantee equal outcomes, despite the empty promises of Socialists all over the world. There are too many factors to account for when it comes to economics for that to ever be a reality. The best humanity can do is guarantee equal opportunity, which is fundamental to the free-enterprise system. If a society attempts to abandon this central principle, terror and slaughter will always ensue sooner or later as Kipling noted.

The good news for you, my dear reader, is that time is on the side of libertarians, and the ideas of economic and personal liberty will eventually win the day. The possible bad news is I don’t know nor will I attempt to predict the possible hell that America may have to go through before these truths that “water will surely wet us and fire will certainly burn” are applied to our politics once again. I know at times things may seem rather dark and discouraging in light of current affairs, but I’m always encouraged by the fact that light shines the brightest in the darkest hour and that it only takes one spark to start a flame that could set things ablaze. So I challenge each and every one of you to be that spark that keeps the torch of freedom burning for future generations.

How Gambling Is Affecting Today’s Culture