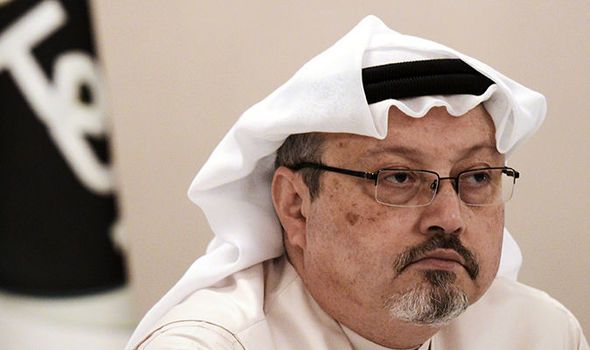 Today, TIME Magazine came out with their annual “Person(s) of the Year”. In the past, they’ve used the profile to highlight someone who their editorial board has determined to have done the most to influence the direction of the world in the previous year. Everyone from Gandhi to Hitler, from Churchill to Stalin, from MLK to FDR.

It hasn’t always gone to a singular person. In fact, sometimes it’s gone to multiple people, groups of people, even inanimate objects a couple of years. For instance, they’ve honored groups of soldiers (The American fighting man, 1950, The Hungarian freedom-fighter, 1956, The American soldier, 2003), or certain subsections of people who have been separated from humanity as a whole by occupation, age, class, or sex (US Scientists, 1960, Young people, 1966, Middle Americans, 1969, American women, 1975).

This year’s winner is “The Guardians and the War on Truth”. The translation is that they’re highlighting journalists who have faced or risked persecution, imprisonment, or death in order to exercise the Freedom of Speech and the Press. Both of these rights, in the American tradition, were seen as so fundamental that they were recognized in the very first amendment to our constitution.

Such a right is a requirement for to the existence of the kind of informed electorate needed for democratic processes and responsible citizen control of governments. The average voter may not choose to stay well-informed, but without a free and independent press, they don’t even have a realistic option to. In the words often attributed to George Orwell, “Journalism is printing what someone else does not want printed: everything else is public relations.”

The examples TIME lists go well past the four specific examples on their variant covers. Some examples they list include:

When Brazil’s President-elect Jair Bolsonaro had a campaign relying on illegal financial support, reporter Patricia Campos Mello was targeted for her series on the controversy.

The Chinese government had news editor Victor Mallet kicked out of Hong Kong for daring to invite an activist to speak at a press club event.

Sudan jailed and beat journalist Amal Habani with electric rods for her coverage of economic protests.

Governments around the world broke the record on the amount of jailed journalists this year—262 according to the Committee to Protect Journalists.

And then there were the big four, the most prominent, highest profile examples worthy of the cover page.

Saudi Arabia killed journalist and American resident Jamal Khashoggi in a consulate in Turkey and chopped him up with a bone saw for daring to criticize Crown Prince Mohammed bin Salman. Today Bob Corker’s bill condemning the killing may get a vote in the Senate, but it’s largely symbolic because the House is unlikely to take it up, and our President seems more concerned with Saudi arms deals than Saudi human rights abuses or their devastating war in Yemen and resulting humanitarian crisis.

The Phillipeans is targeting Maria Ressa, a reporter who has covered the violent drug war with encouraged extrajudicial killings lead by its authoritarian President Rodrigo Duterte, with charges of up to ten years.

In the last of the cover stories began when an American newspaper named The Capital covered a local story of an individual who was being put on probation for harassment. This disturbed individual, who had been reaching out to mental health professionals, responded by conducting a mass shooting at their offices with a shotgun, killing five people. TIME gives the paper credit for a powerful statement made by one of their reporters the day of the shooting:

“I can tell you this, we are putting out a damn paper tomorrow.”

Of course, the suspect was already in custody.

Every one of these incidents is a tragedy.

Every one of these journalists resolutely stood tall and acted in the interests of truth in the face of persecution and terror.

The American government has strayed much too far from the principles enshrined in our first amendment. Our president sees himself at war with what he would label as “fake news”, and called the media “the enemy of the people”. Whistle-blowers like Snowden don’t have the option of coming home. Assange has been charged in secret by the Justice Department. The US government’s lack of transparency, their use of psychological warfare and propaganda extending internally, and their tracking of journalists and sources are all significantly problematic.

I’m not sure the actions of a psychologically damaged lone gunman armed with a personal grudge and a shotgun is really in the same category of systematic stifling of the truth by oppressive governments aimed at censoring critiques of existing power structures through state-sanctioned murder, mutilation, and imprisonment for word and thought crimes. But such a crime does show that the powerful, both in and out of government service, aren’t the only threat to modern journalists.

For what it’s worth, I think that TIME made an excellent choice highlighting men like Khashoggi for person of the year. I can think of few people as worthy of the honorific as him, and people like him, and the choice is right up there with “The Protestor” (highlighting movements like the Arab Spring, Occupy Wall Street, and the Tea Party as grassroots, leaderless platforms for political change) in 2011. I hope the influence of The Guardians extends into 2019 and continues to positively change the world through the dissemination of dissent and the kind of truths which unjust governments can and should rightfully fear.

The Supreme Court’s Attack On The Administrative State Has Begun