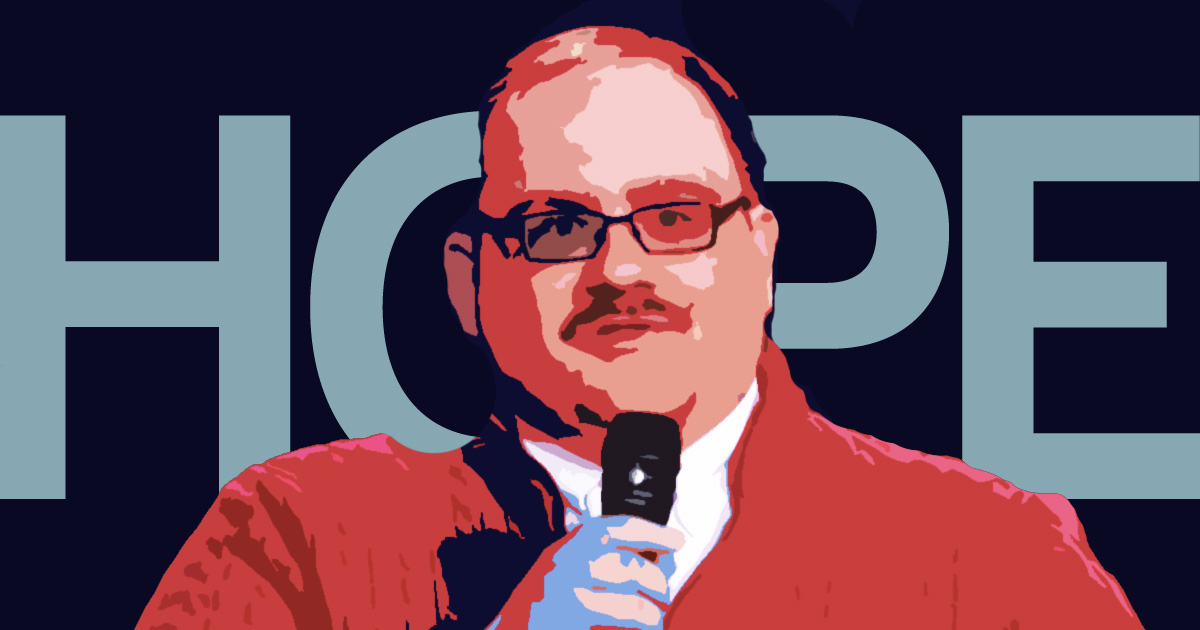 I was able to book an interview with Ken Bone (the sudden star of the second 2016 presidential debate who asked the only real questions of the night) during an appearance Mr. Bone made at CPAC 2017. It was short, but sweet, and the most surprising take-away for me was that this man is much more than a meme; he is a brilliant activist for liberty. And one we should all consider supporting.

Right from the start. Mr. Bone was amicable and friendly. When I explained to him that I wrote for a publication that was more “non-partisan” than most he was likely to speak to at this event, he gave the perfect response: “Oh, now I like that!”

But what does Bone actually think about the two party system? Is it broken in his eyes? According to him, the answer is certainly yes.

“Just look at my Twitter account today,” Mr. Bone was quick to point out. “A l0t of people who were my fans because they thought I was just a joke or a meme are now angry at me for going to a convention where there are going to be Republicans. That’s proof right there that the two-party system is in trouble.” He went on to clarify that while the party leaders themselves are somewhat to blame, it’s largely the tribalist mentality of the voters that has snowballed into the irreconcilable split between factions of identity politics. When asked if he was a pessimist or an optimist about the future considering all this, Mr. Bone gave a very fair answer. “I think once people see more and more that the solution is often not located on one extreme or the other but rather in a place of conversation and debate, they will start to come around.”

One of the ways Ken hopes to  usher in this era of conversation and debate is by providing access to better funding to third party and other low-profile major party candidates in order that they might be able to adequately compete with the well-funded establishment candidates in office elections. Victory Holdings, a company Bone is now affiliated with, aims to turn all potential small candidate donors into a comprehensive network that is just a button-press away via a new app called “Donor Dex.” The idea, if successful, is for this new app to make it easier for grassroots candidates to raise more money faster so that they can afford the proper advertisement and active campaigning necessary to be a threat to big name opponents. In this way, fresh ideas will more easily be heard, and actual debates will become the norm again.

I must admit, I too feel for the idea that Ken was just a walking meme. But after interviewing him and finding out just what he’s all about and just how much good he aims to do through his fame and his own activism, I have no choice but to tip my hat to a truly brilliant, productive man who frankly seems to be doing more for the liberty movement than many self-proclaimed libertarians are.

Walker: I Wouldn’t Run For Governor Again If Hillary Was President