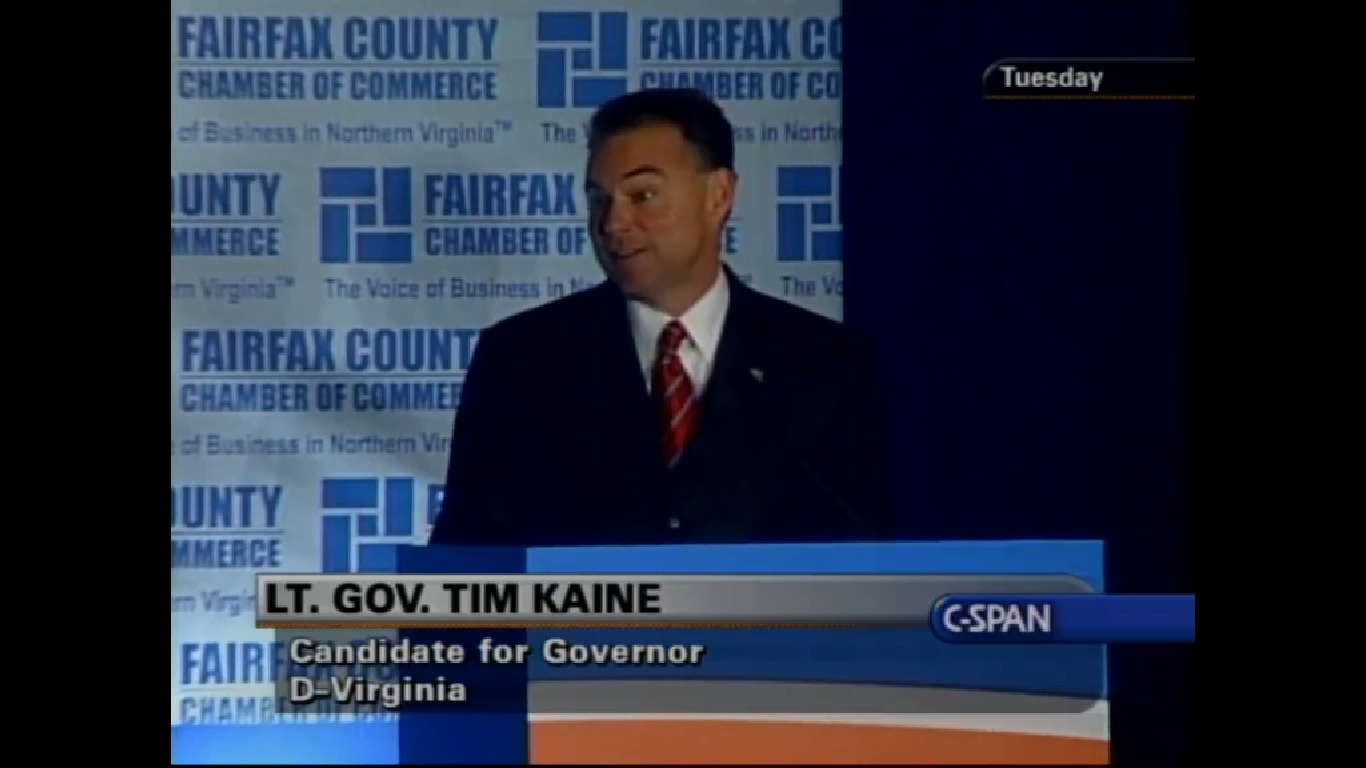 Democratic vice presidential nominee Tim Kaine had essentially nothing positive to say about Hillary Clinton in a 2005 debate, saying he would only support her for the presidency because he was a “team player” for the Democratic Party.

Kaine was participating in a 2005 Virginia gubernatorial debate against Jerry Kilgore, when moderator Tim Russert pressured him regarding his self-professed conservatism.

“Mr. Kaine … you once said you were a proud liberal,” Russert said. “Your TV commercials now say you’re a conservative on some social and cultural issues. Would you feel comfortable with Hillary Clinton as the Democratic nominee in 2008?”

The question itself provoked laughter from both the crowd and Kaine, who gave the weakest possible endorsement of Clinton.

“I’m a team player,” Kaine said to a laugh from the crowd. “If my team decides that Hillary Clinton is the right person, you’ll see me working for my team, because I want America to be strong, and I believe we are on the right path right now as Democrats to build a strong America.”

Kaine also seized the chance to downplay his liberalism, hearkening back to the values of Thomas Jefferson rather than Franklin Roosevelt or John F. Kennedy. (RELATED: This List Says Tim Kaine Is The Most Liberal VP Nom In 50 Years)

“In the way Thomas Jefferson advocated liberal values for this country, I [consider] myself a liberal,” Kaine said. “If you like Jefferson, I’m probably your guy.”

The Latest Guccifer 2.0 Hack is Nothing But a Major Letdown