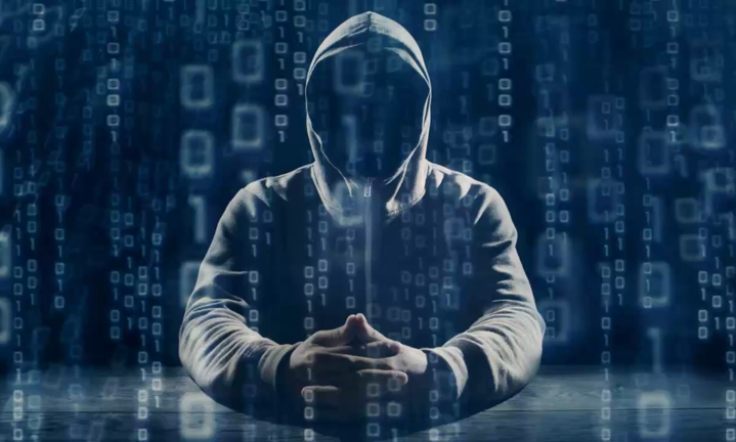 On October 4, Guccifer 2.0 announced that he (or she, or they) hacked the Clinton Foundation and the Internet was abuzz over the information. 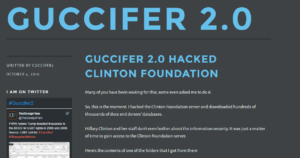 The hacktivist referred to “the private server of the Clinton clan,” displayed the file tree, and pointed out that there was a file named “Pay to Play.”

Well, inquiring minds want to know, so many concerned citizens downloaded Guccifer 2.0’s hacked files. Within hours, citizen investigators who had stayed up all night to review the files were posting shocking analysis, claiming that the files prove that members of Congress received kickbacks from TARP funds.

After reviewing the files firsthand, it is clear that this was neither a hack of the Clinton Foundation, nor are these the files from the “private server of the Clinton clan.” These files are from the Democratic Party of Virginia (DPVA), and from the most recent document dates, the hack appears to have happened early this summer.

Also apparent is that this is hardly a big money operation. The DPVA raised only $40K in February, $156K in March, and $165K in April. To put it in perspective, their average income in an election year is about equivalent to a stand-alone McDonald’s restaurant.

Most of the files appear to have been generated by staffers for meetings. The Excel documents were formatted to print nicely and contain no raw data, just summaries of data. Without raw data, it’s impossible to discern the source of the data or what it was being used for.

Some of the MS Word files look like homework assignments for a political science class, such as this one. 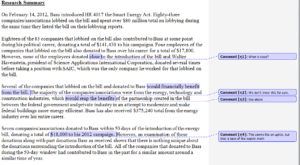 Despite Guccifer 2.0’s false advertising, there appear to be a few interesting nuggets that can be gleaned from the summary reports included in the hack.

From two files it seems that the relationship between TARP funds received and donations made to congressional staffers are of high importance to DPVA. Two files located in the main file (i.e. not in a sub-file) relate to contributions from Wall Street banks.

The first shows the amount of contributions received by members of the House Financial Services Committee from a list of financial institutions, and must be from 2011 or prior, because the top donation recipient was Michael Castle, who received $89,300 in the unspecified time period that the summary covers.

The second shows financial contributions to 11 Democrats and the DCCC from 18 banks, and also includes the amount of TARP funds received by those banks. These are the files that some claim show that TARP money is being cycled back to politicians. 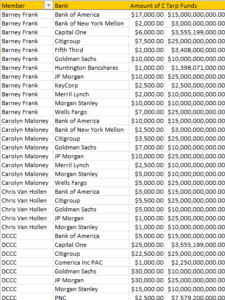 In effect, if banks received TARP money and then made political contributions, one could argue that TARP funds are being kicked back to politicians. We didn’t need Guccifer 2.0 to tell us that. We already know that this is occurring.

It is possible that these were prepared as reports for higher ups who are using the information to track the cumulative alleged kickbacks in the form of donations, but that would be highly speculative.

Perhaps more interesting is that the hack illustrates that the major political parties are spin machines dedicated to gaining and preserving power above all else.

All of those “Urgent! Donate now!” letters you receive? They come from organizations like DPVA, and they simply insert the name of some high-profile politician like Rahm Emanuel or a party-linked celebrity like Barbra Streisand to make people think it’s a personal message from someone famous. Below is one from their files. They hadn’t yet decided whose famous voice to lend it. 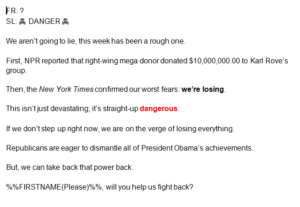 Given the Democratic Party’s fetish for identity politics, I wasn’t surprised to see a 2012 marketing plan directed toward Hispanics which highlighted different subjects and anniversaries for each month.

And although the Democrats love to balk about income disparity, the average party organizer makes about $36K per year, and the Coordinating Director makes more than three times that. I found that interesting.

Oh, and that Pay to Play file? Its file content is related to accusing Republicans of pay-to-play schemes.

So all the hacktivist has shown us is that the DPVA are a bunch of political hacks.

There is only one link which could have made the Guccifer 2.0 release more of a disappointment: