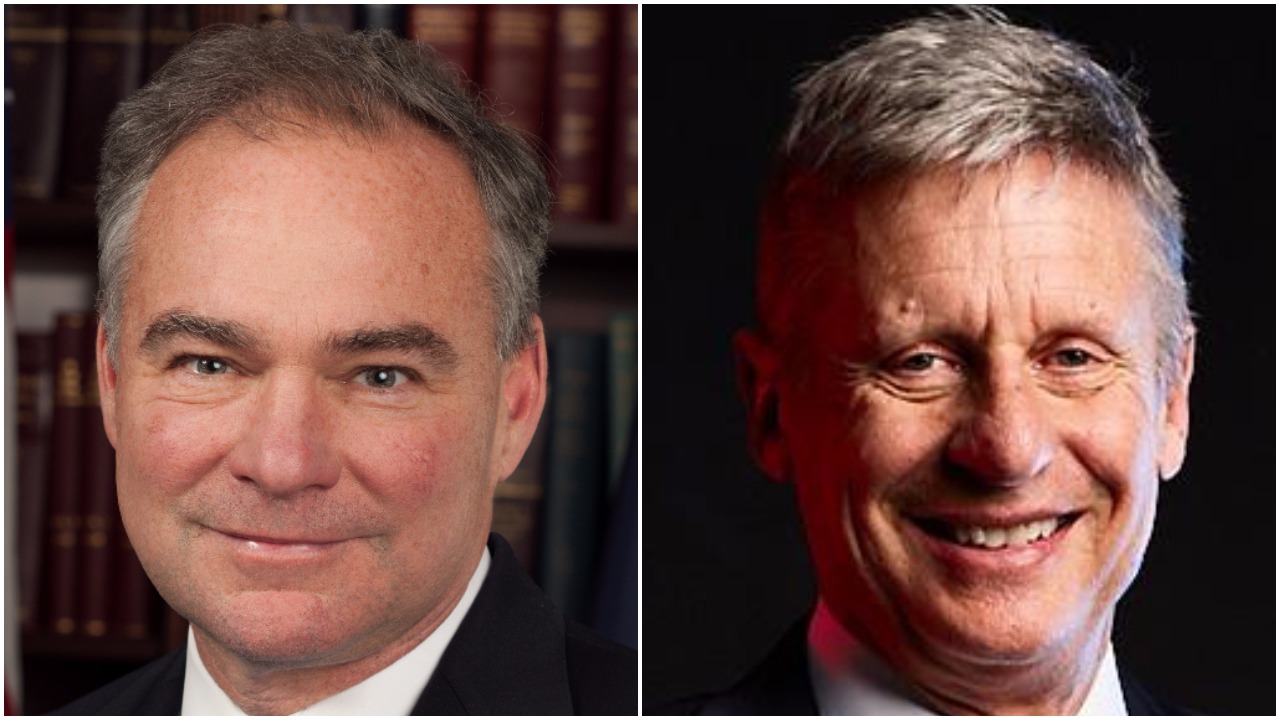 On Thursday, Democratic vice presidential nominee Tim Kaine criticized the foreign policy of Libertarian presidential nominee Gary Johnson. It is only the latest move by Democrats suggesting that they are in fear that Johnson and his running mate William Weld will siphon votes from Hillary Clinton and Kaine.

Kaine centered his comments on Johnson’s assertion that American attacks on civilians in the Middle East are no more defensible than attacks by the Syrian government. Johnson responded sarcastically on Wednesday in reference to bombings by Syrian President Bashar al-Assad that, “Well no, of course not — we’re so much better than all that. We’re so much better when in Afghanistan, we bomb the hospital and 60 people are killed in the hospital.”

Kaine stated that this statement was “incredibly disrespectful to the troops.” He went on to say that “As the father of somebody in the military, I just can’t fathom a comment like that.”

Kaine even compared Johnson to Donald Trump, saying “Two of the three candidates clearly don’t have an understanding for the role of our military and the role that a commander in chief needs to play in supporting our military.” He eventually said that Johnson’s comment represent “a profound misunderstanding of global affairs.” He also said, “Now this is the same guy who didn’t know what Aleppo was, so, you know, he’s already demonstrated he doesn’t understand the situation in Syria.”

Planet Around Another Star May Have More Liquid Water Than Earth