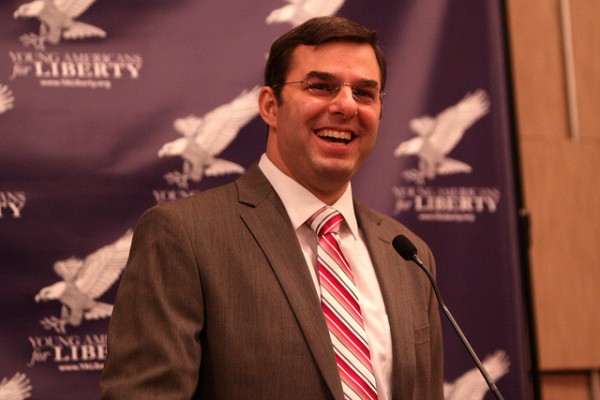 Justin Amash, the libertarian Republican Congressman from Michigan, has sent a letter to House leaders calling for restrictions of warrantless government surveillance. This letter, co-authored by Jared Polis (D-Colo), was co-signed by thirty-four representatives, including Thomas Massie of Kentucky.

“Though there are many divergent views among Republicans and Democrats on a variety of spending matters, the need to safeguard the Constitution’s Fourth Amendment and protect Americans’ rights is an issue on which there is far-reaching consensus,” the representatives wrote. “Republican and Democratic members of Congress – and, more importantly, the constituents we all represent – overwhelmingly agree that tax dollars should not be used to fund the warrantless surveillance of American citizens.”

A press release from Amash’s website reads,”The five privacy measures for which the letter advocates all passed the House of Representatives with far-reaching bipartisan support over the summer during consideration of H.R. 2578, the Commerce, Justice Science, and Related Agencies Appropriations Act, 2016, and H.R. 2685, the Department of Defense Appropriations Act, 2016.”

An amendment to H.R. 2578 to prohibit the DOJ or Federal Bureau of Investigation from using federal funds to require technology companies to weaken the security of their products for the purpose of government surveillance.

An amendment to H.R. 2578 to prohibit the DOJ from using federal funds to engage in warrantless bulk data collection (a practice the department says it is has suspended).

An amendment to H.R. 2578 to prohibit the National Institute of Standards and Technology from using federal funds to consult with the NSA or Central Intelligence Agency for the purpose of setting deliberately weak cryptographic standards that can be used to enable data collection.

An amendment to H.R. 2578 to prohibit federal funds from being used within the United States to warrantlessly operate or disseminate a cell site simulator or IMSI catcher, which can be used to collect information about individuals’ locations and telephone communications.

An amendment to H.R. 2685 to limit the use of federal funds for warrantless searches for information pertaining to U.S. citizens collected pursuant to Sec. 702 of the Foreign Intelligence Surveillance Act.

The representative has been on the warpath for the past two weeks, tearing into the Republican and Democratic Parties; hitting Obama on executive actions, while also asking for his party to become actual small government conservatives.

Congressman Amash has also introduced a bill to repeal the Cybersecurity Act (essentially CISA) which was passed in the Omnibus last year. Amash declared the new stealth cybersecurity legislation to be the “worst surveillance bill since the Patriot Act.” 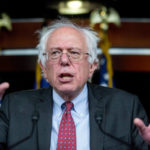 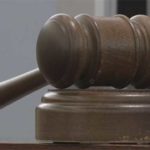 Judge Slams The Door On School Choice In Nevada