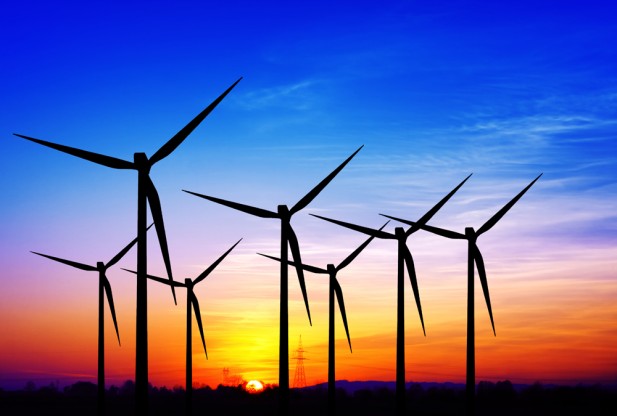 “You may have got the impression from announcements like that, and from the obligatory pictures of wind turbines in any BBC story or airport advert about energy, that wind power is making a big contribution to world energy today,” Ridley wrote. “You would be wrong. Its contribution is still, after decades — nay centuries — of development, trivial to the point of irrelevance.”

Ridley points out that even when combined wind and photovoltaic solar are supplying less than 1 percent of global energy demand. He states the vast majority of “renewable” energy used around the world is “traditional biomass,” meaning burning wood or animal dung as fuel.

“Do not take refuge in the idea that wind turbines could become more efficient,” Ridley wrote. “There is a limit to how much energy you can extract from a moving fluid, the Betz limit, and wind turbines are already close to it … As machines, wind turbines are pretty good already; the problem is the wind resource itself, and we cannot change that.”

Ridley notes that the environmental impact of wind turbines is also far greater than most environmentalists claim, both during manufacturing and operations.

Turbines themselves are also made of non-renewable resources that have to be dug out of the ground and use a lot of land and water, leading to habitat destruction. Additionally, hazardous materials like sulfuric acid and toxic phosphine gas factor in heavily in solar panel manufacturing. Modern wind turbines are also highly dependent on rare earth minerals mined primarily from countries with poor environmental records, like China.

“[It] is not obvious that the production of wind turbines and solar cells is sustainable, that the materials have been sourced in a sustainable way, or that the industries are capable of recycling the technology in the future,” Dr. Simon Davidsson, the earth scientist who authored a study on the environmental impacts of green energy, said in a press statement. “Renewable energy technology can lead to reduced emission of greenhouse gases, but for a complete analysis we need to make sure the whole production chain is sustainable.”

Davidsson notes that recycling the materials used to create wind turbines is extremely difficult and that turbines have short operational lifespans.

Wind turbines can also be an environmental hazard to birds and bats. Wind farms kill an estimated 573,000 birds each year as well as 888,000 bats, according to a 2013 peer-reviewed study published in Wildlife Society Bulletin. In the last five years, America’s wind turbines killed more than three times as many birds as the British Petroleum Gulf of Mexico oil spill did. They are projected to kill 1.4 million birds annually by 2030. Research suggests Hawaii’s five major wind turbine farms are killing endangered bats about three times faster than anyone predicted.

Trying to reduce carbon dioxide (CO2) emissions by using wind power often does more harm to the environment than good. Storing green energy from wind in batteries for later use actually increases both energy consumption and carbon dioxide (CO2) emissions, according to a study by the University of Texas Energy Institute. Researchers concluded that homes that used battery storage ended up consuming between 8 percent and 14 percent more electricity than homes that didn’t.

Some environmental groups already oppose solar and wind power due to other environmental impacts. The Center For Biological Diversity (CBD) has pursued legal action to block the creation of solar-farms and wind turbines out of fear that they would encroach on 32 endangered desert tortoises and that sunlight-concentrating panels act like super-heated death-rays for birds, killing tens of thousands of them per year.