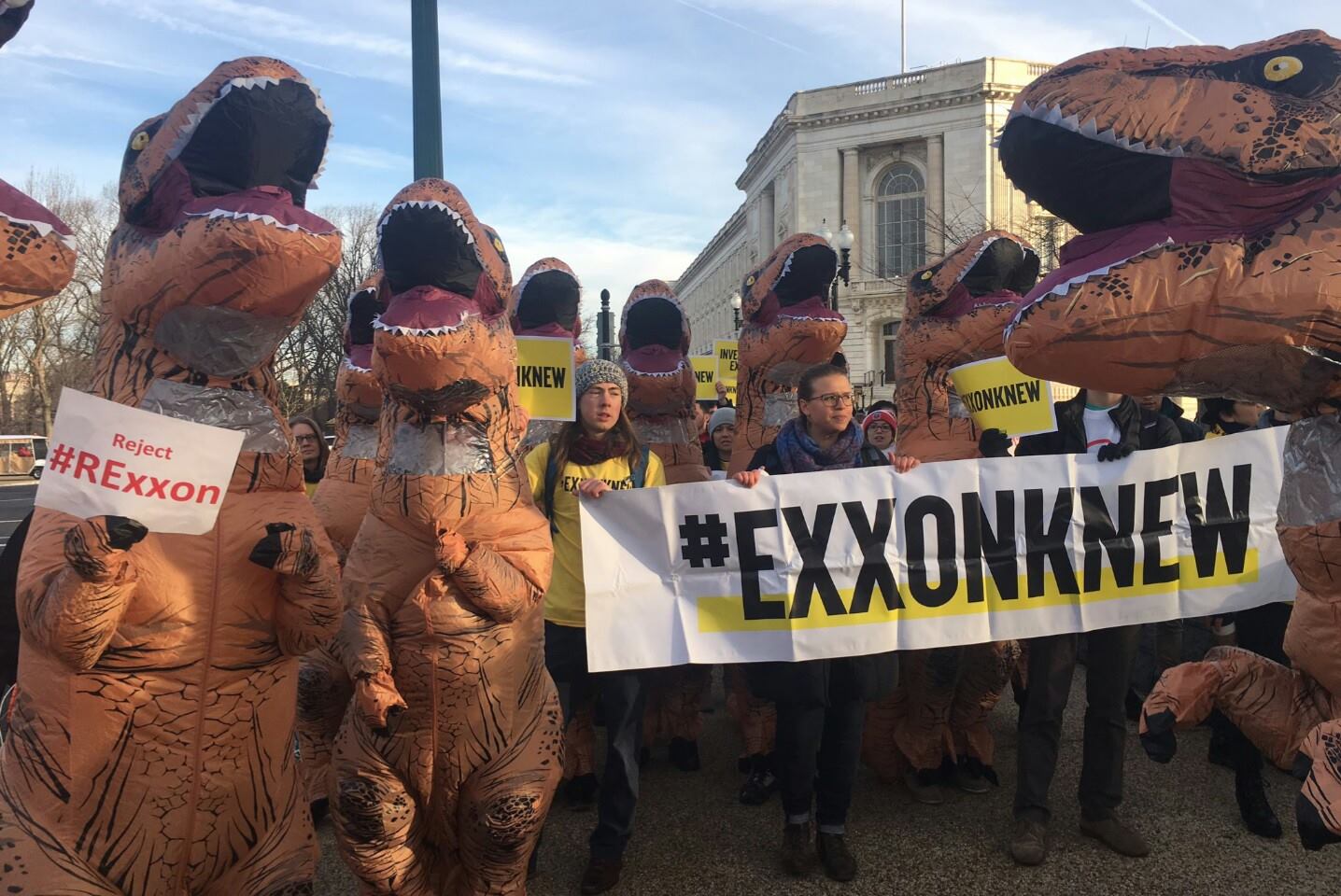 “Hey, hey, ho, ho, Rex Tillerson has got to go,” the protesters shouted as the hearings began. The Tyrannosaurus Rex outfits were a play on the secretary of state nominee’s initials.

Protests against the oil man have ratcheted up recently as Democrats voice concern about Tillerson’s relationship with Russia — and anti-fossil fuel activists, for their part, believe Exxon was part of a decades-long campaign to hide climate research on climate change.

Our foreign policy & future can’t be in the hands of a Big Oil exec. like Rex Tillerson. We’re at the Senate urging Senators to #RejectRex pic.twitter.com/rhC55VCkDy

Almost to the Senate building where Rex Tillerson of ExxonMobil is here for confirmation hearing. Our Senators must #rejectREX pic.twitter.com/BLO9sOWR7h

People in the Senate there for Rex Tillerson’s confirmation hearing can surely hear us. #RejectRex Say no to Exxon and climate deniers pic.twitter.com/L5DFYXjs3A

Th anti-Exxon protests have stumbled recently as anti-Exxon demonstrators pushed to link every weather disaster to Exxon. They associated mud slides in California to the oil company’s actions; Exxon was responsible for hurricane-related flooding in far gone parts of the world, according to these protesters.