Several absentee ballots in two Pennsylvania counties have left off Libertarian Gary Johnson‘s name. His is the only of the five eligible candidates’ names to be omitted:

As posted by the Libertarian Party of Pennsylvania (LPPA):

Indiana and Susquehanna appear to be the only counties afflicted by this issue. The LPPA is working toward fixing this “clerical error” so that Johnson’s name correctly appears.

Pennsylvania represents a significant battleground state in the 2016 election. It is the sixth-largest state in the country and can provide a serious boost in assisting the Libertarians in their goal of attaining 5% of the federal popular vote so that they may get matching federal funding in future elections.

The Libertarian figures to do fairly well in the Keystone State, as Johnson earned 14% of the vote in the Commonwealth’s most recent four-way poll.

Hopefully, the state and noted counties are able to rectify the problems they have thus far encountered. As November becomes closer, it is likely that the major two parties will continue in their attempts to “raid” prospective Libertarian voters. With that in mind, Pennsylvanians must be assured that every vote counts, including those cast before the ever-important Election Day in November. 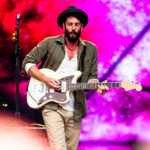