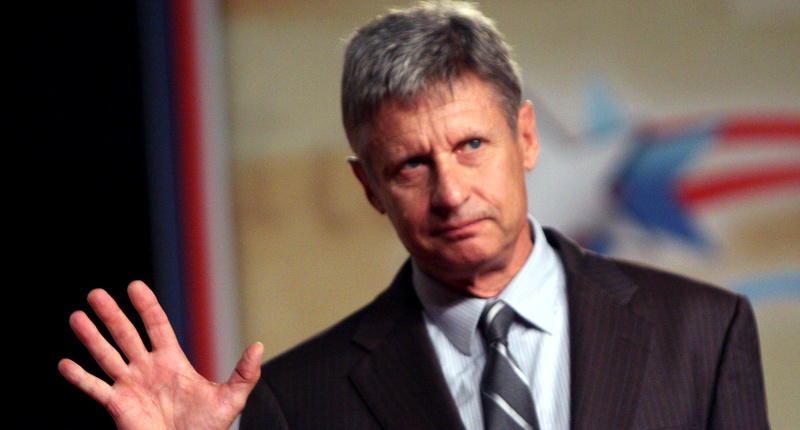 In a recent interview with The New Yorker editor David Remnick, Gary Johnson stated he would not restrict access to semi-automatic weapons, nor would he prevent teachers from keeping guns in their classrooms.

I don’t think I’ve ever advocated, ‘Look, everyone should have more guns,’ Johnson said. A situation like Orlando — I hope everybody paid attention to what happened in Orlando. I hope all the nightclub owners in the country were paying attention to the fact that all the doors were padlocked.

In an attempted rebuttal to Johnson’s stance, Remnick reminded the Libertarian presidential candidate that a semi-automatic gun was responsible for the Orlando massacre, adding “We’re talking about the ready availability of weapons that one would think should be limited to a field of war.” Johnson countered this logic by explaining, “If you’re going to make those criminal, I think you’re going to have a whole new criminal class of people who aren’t going to turn in those weapons. We should be allowed to exercise our Second Amendment rights, which would be the ability to own semi-automatic rifles.”

Remnick went on to press Johnson about his stance on armed teachers in the classroom, and was met with an indignant response. “I’m not going to tell teachers whether or not they should have a gun in the classroom. Come on, man,” asserted the Libertarian candidate.

If a teacher would deem that to avail the classroom of potentially being secure, or if the teacher were to deem that something that within their own purview they might prevent an atrocity if it were to occur, I would support the teacher in wanting to be able to do that.

Sandy Hook, a national tragedy in Connecticut, witnessed a lone gunman sweep through the halls of the local elementary school, gunning down twenty young children and six staff members, including the principal. This tragedy prompted immediate action from the left, calling for increased background check protocols and the banning of semi-automatic guns.

Johnson’s stance on this issue clearly asserts that restriction of gun sales to the majority of responsible American citizens clearly does little to keep weapons out of the hands of those determined to obtain them. Instead, Johnson advocates a logical solution for prevention of tragedies like Sandy Hook, Columbine, Pulse Orlando, and countless other tragedies by allowing competent professionals, who are charged with protecting our children’s lives, to keep a simple tool at hand which could easily stop a determined shooter dead in their tracks.

Criminals exemplify the saying “If there is a will, there is a way.” When a responsible citizen’s will to protect oneself and others from those determined to bring them harm is denied, history will continue to repeat itself. While it is difficult to stop a murderer adamant about committing horrible acts of violence, it is much easier to respect citizens’ Constitutional rights to defend themselves.