Ventura Supports Kaepernick’s Action as a Veteran Himself

Jesse Ventura can be a controversial figure among libertarians. He is certainly not shying away from the spotlight when it comes to Colin Kaepernick. The embattled 49ers quarterback has had a difficult time since sitting for the national anthem. While he claimed to be protesting police violence against people of color, many impugned his patriotism instead.

As a naval veteran, Jesse Ventura is standing up for Kaepernick’s right to protest. “I fully support Kaepernick. Fully and completely. That’s why I served my country, so that you have the freedom to protest.” You can watch Ventura’s comments below:

While Ventura might be a questionable spokesperson for Kaepernick, he echoes the thoughts of many who support the quarterback. The hashtag “Veterans For Kaepernick” became a large show of support for the protest. Ventura seems to be counting himself as part of the group.

Ventura notes that he doesn’t have to agree with Kaepernick’s message. What he does support, however, is his right to protest as he sees fit. Fittingly, he questions who the QB is, in fact, harming with his stance. So far, no good answer to that question has surfaced.

Patriotism is often a convenient motif to hide behind. People have tried to discredit Kaepernick and his message simply because of when he chose to sit down. Because veterans fought wars for our freedom, and it’s questionable when the last such war occurred, Colin’s protest is invalid.

To such comments, Ventura has a response that should resonate with conservatives and libertarians alike. “Governments should not mandate patriotism,” he said, “governments earn patriotism.”

It is important to note that, as the NFL is a private organization, Kaepernick has no inherent right to protest without consequences. People are totally free to burn his jersey, boycott his games, and openly criticize him. The NFL, in turn, is free to reprimand him as they see fit.

That being said, hiding behind the flag is not a compelling way to avoid conversation. Kaepernick is well within his rights to criticize government policy without being labeled “unpatriotic.” His point doesn’t become less valid because of when he brings it up.

What Ventura correctly alludes to is that we have a right, and perhaps a duty, to scrutinize government policy. If there is injustice occurring, we should be able to call attention to it.

We can disagree with the points brought up, for sure. But attempting to shut down the discussion runs against American values. Not only that, but it erodes the principles that our veterans fought so hard for in the first place. 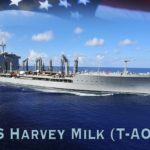 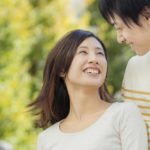 Japan Has Stopped Having Sex. . .And It’s A Problem