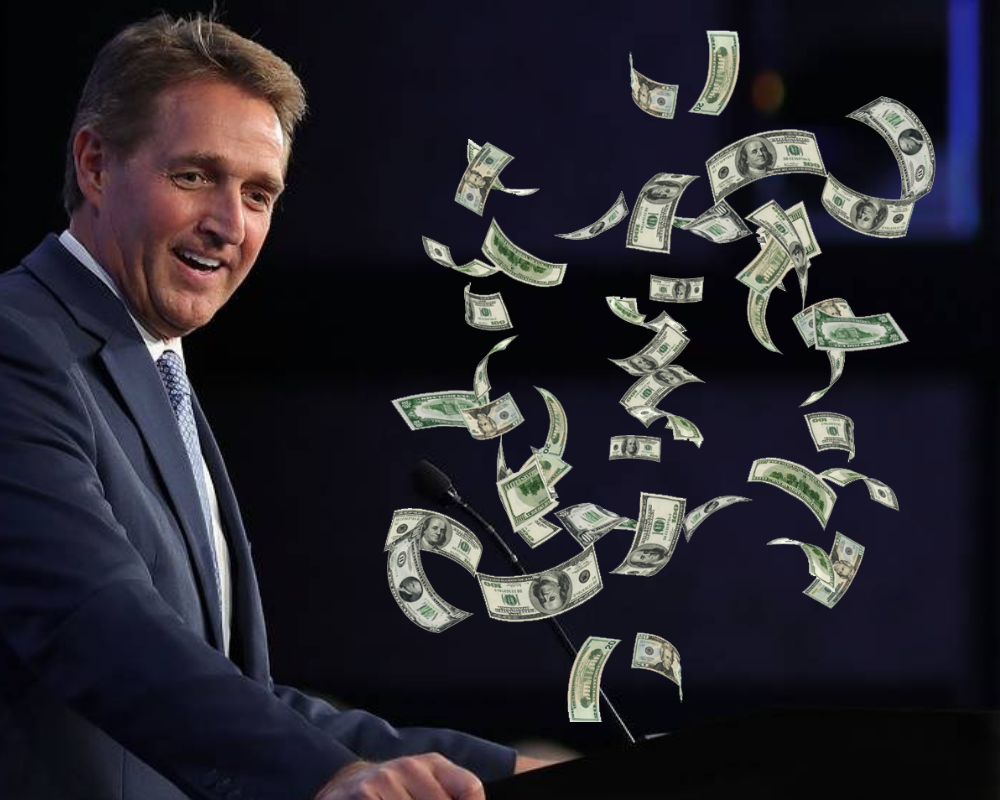 Flake, who will not be returning to Congress next year, and Delaware Sen. Chris Coon, a Democrat, will introduce their carbon tax bill as soon as Wednesday. The bill is unlikely to go anywhere with just two weeks left in the current legislative session.

Like the House bill, Flake’s carbon tax bill would tax emissions at $15 per ton — a rate that would rise $10 per year until greenhouse gas emissions, hitting $100 per ton in 2030. All of the revenues raised through the tax will get rebated to households to compensate for higher energy costs.

Carbon tax proponents hope Flake’s willingness to back a carbon tax will convince other Republicans to do the same, but Flake won’t ever have to face voters again. Flake also backed a 2009 carbon tax bill introduced by former South Carolina Republican Rep. Bob Inglis.

Flake, who was in the House in 2009, went onto become a senator, and rarely weighed in on global warming after that. Inglis, on the other, was soundly defeated in his 2010 primary race. Flake also authored the 2017 book “Conscience of a Conservative,” which rejects the Republican Party’s embrace of President Donald Trump.

“Now that he’s leaving office, he no longer has to fear Yellow Jackets,” Daniel Kish, a senior distinguished fellow at the Institute for Energy Research (IER), told The Daily Caller News Foundation.

Kish is referring to the tens of thousands of French protesters, called “yellow jackets,” who took to the streets to protest increased carbon taxes on fuel set to take effect in the new year. The French government scrapped the carbon tax increases, but protests have not stopped and moved to other issues.

IER, along with most conservative groups, opposes carbon taxes. Trump and most Republican lawmakers oppose carbon taxes as well.

Flake opted not to seek re-election this year. Flake regularly clashed with Trump and became a rallying figure for liberals and anti-Trumpers alike. Flake said he could not “in good conscience” do what he needed to fend off primary challengers, though his popularity had plummeted as he clashed with the president.

Democrats have moved away from carbon taxes in recent weeks in light of protests across France and defeats elsewhere. For example, a carbon tax proposal was rejected by Washington state voters in the November elections.

Still, the House lawmakers who introduced carbon tax legislation in November are confident their bill will get traction in the next Congress. Democrats will take control of the House next year, but not the Senate.

“Thanks to Senator Coons and Senator Flake, we’re now showing the American people that our plan to put a price on carbon and return the net revenue back to the American people has earned bipartisan support in both chambers of Congress,” Florida Democratic Rep. Ted Deutch said in a statement to The Hill.

“I look forward to working closely with Senator Coons and my fellow House sponsors to re-introduce the legislation next year,” Deutch said.

Homelessness Up For Second Year In A Row