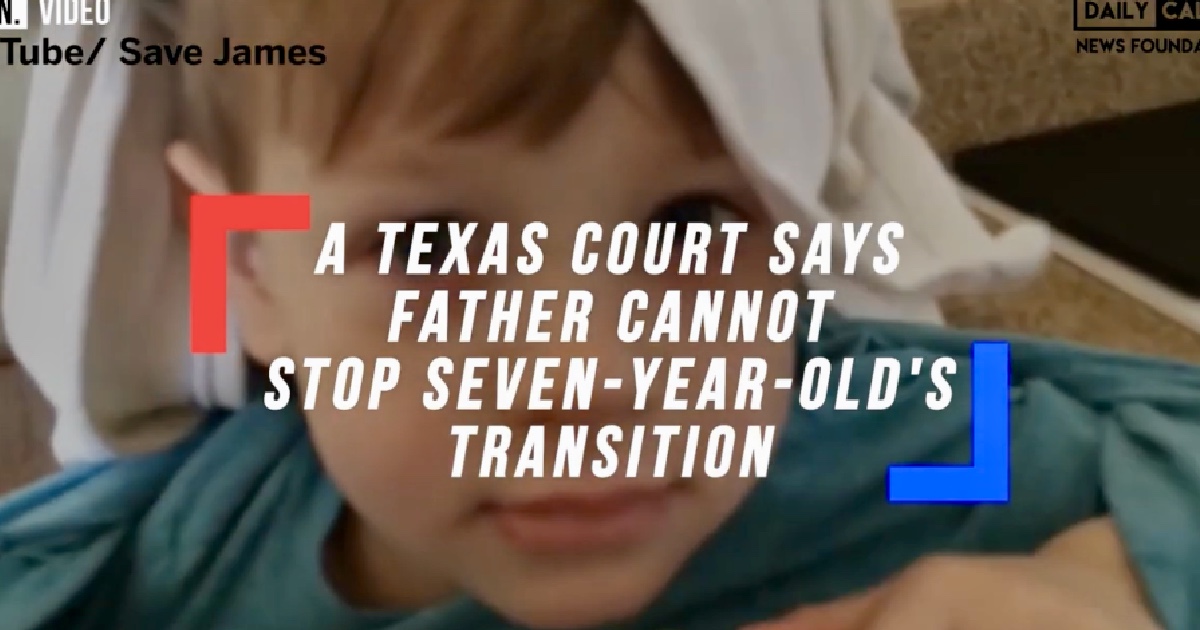 Video footage depicts the first time 7-year-old James Younger told his father, Jeff Younger, that his mother said he is a girl.

“Who told you you’re a girl?” Jeff Younger asked his son.

“When did she tell you you’re a girl?” the father asked.

A judge is expected to make a final verdict in the court case Thursday.