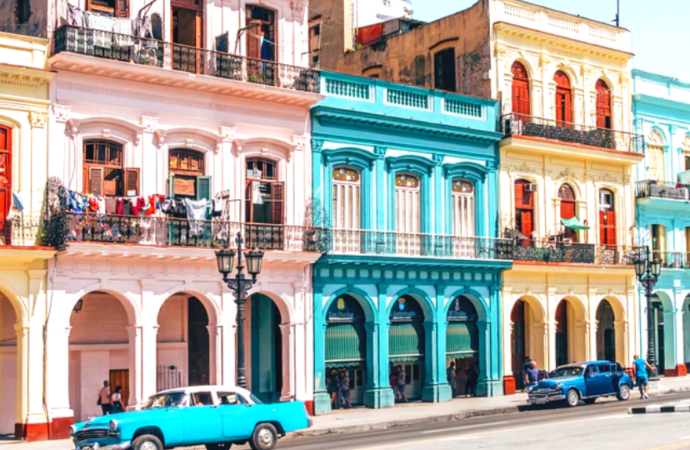 Vermont Senator Bernie Sanders spent a large part of the last week defending earlier statements he made regarding Fidel Castro and Cuba. While denouncing the dictatorship of Castro, he praised the social programs that were implemented under his rule, notably with regards to literacy. He pointed out that there was a rapid increase in literacy rates in Cuba after Castro took power.

What should we make of this statement? Removing American presidential politics from the conversation, is it true that literacy rates went up under Castro? The answer is a nuanced one.

This latter element is particularly important. Economists have begun to apply econometric methods to assess the causal impact of the reforms that Castro made. This is recent because of a new tool in the toolset of economists: the synthetic control method. To use this method, we assume that a country prior to a “treatment” (e.g. getting Castro as dictator) can be predicted based on a pool of similar countries (i.e. that share the same economic process).

Once the treatment starts, we simply extend the “prediction” and compare it with the actual data. The difference is the causal role of the treatment. In essence, the “prediction” serves the role of a counterfactual scenario guided by the data. Economists Hugo Jales, Thomas Kang, Guilherme Stein and Felipe Garcia Ribeiro in an article in World Economy used this method to see the effect of Castro’s ascent to power on GDP per capita. They found that Cuba was more than 30% poorer than the counterfactual. And this is probably an understatement because the Cuban GDP figures are generally looked at with a skeptical eye (as a result of the way certain categories of added value are calculated).

In an article co-authored with Jamie Bologna Pavlik, I went through the same exercise but using infant mortality instead. We found that, in the first decade of Castro’s rule, Cuba deviated from the counterfactual by a sizable margin. Only after 1970 does it start converging back to the counterfactual (very rapidly). The rapid convergence after 1970 in infant mortality is also frequently praised by many.

What if we applied the same method to literacy rates? Given the hiatus from 1940 to 1960, it is quite likely to show that there was truly a causal effect of Castro’s ascent to power on literacy rates. While Cuba’s literacy rates from 1940 to 1960 stagnated, those of other Latin American countries (who generally constitute the pool of countries used to create the counterfactual) kept increasing and they continued to increase monotonically past 1960.

The rapid increase post-1960 in Cuba suggests that Castro did cause the country to catch up. The problem is that it is hard to replicate the synthetic control method with literacy rates. As can be seen from the figure above, there are important gaps in the data and the frequency is uneven for some countries. This limits the ability to apply the method. Nevertheless, the visual pattern of data makes it hard to argue that Castro had “no impact” on literacy rates (i.e. that rates would have been the same as in the counterfactual).

Secondly, it is also hard to dismiss educational statistics from Cuba. It’s not only that literacy rates are well above the rest of Latin America, but actual achievements in school are significantly above the rest of the subcontinent. There is probably some data manipulation. However, the presence of data manipulation cannot “explain away” Cuba’s advantage in that matter. The advantage is so large that even extreme forms of manipulation would not dissipate the country’s lead. This is similar to what happens with health care where there are clear signs of data manipulation with regards to infant mortality and life expectancy. Even if you make heroic assumptions about the extent of the manipulation, Cuba remains in the top three of Latin America.

With all of this being said, should we laud the Castro regime? I hesitate to go there because of the nature of dictatorships. Dictators select the public goods they want to produce in order to maximize their ability to stay in power. Roman emperors provided bread and games to keep the masses from revolting. Other dictators – such as Fidel Castro — may decide to use public education to keep the masses from revolting because it allows them to control the information obtained by their subjects.

Even if one takes the scholars most sympathetic to Cuba and who are most willing to try to separate the bad from the good (such as rising educational achievements), one finds that education is used for political purposes. As one scholar puts it, the “transformation [of the education system] followed in the wake of ‘the battle of ideas,’ a campaign introduced to mobilize the youth for the defence of the revolution.” The system is tightly controlled because it can be used to supervise dissent (via children) and discourage it (via propaganda and indoctrination).

In fact, the whole discourse regarding the famed literacy plan of 1961 reeks of regime-preservation: teachers were an “army of educators” whose role was to help consolidate the regime in its early years. In essence, the Cuban regime instrumentalized public education to control the information received by its citizens.

As Mary O’Grady has written:

As for Castro’s “literacy program,” its objective is indoctrination. For decades students were “taught” in work camps, away from their families, where they were forced to do agricultural labor. The lack of parental supervision led to an increase in teen pregnancy and forced abortion. To this day, access to higher education remains tied to ideological purity.

Vincent Geloso, senior fellow at AIER, is an assistant professor of economics at King’s University College. He obtained a PhD in Economic History from the London School of Economics.