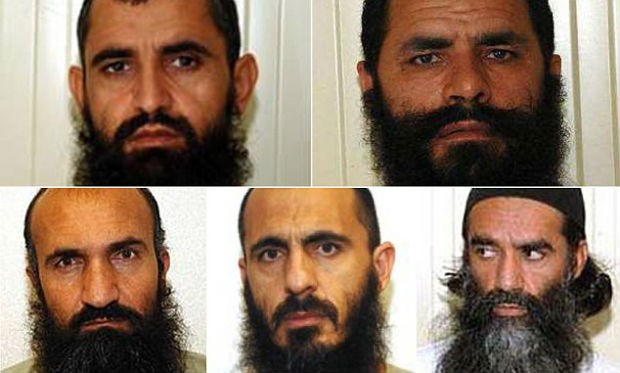 Outrage surrounding Obama’s decision to trade Sgt. Bowe Bergdahl for five Taliban commanders refuses to dissipate. All were considered dangerous, and 4 of the 5 released have vowed to fight again according to U.S. spies. The high risk prisoners have been released without Congressional approval in lieu of innocents that have been waiting for years to be freed.

Of the remaining 149 Gitmo prisoners, 77 have been cleared by the President’s Guantánamo Review Task Force. These men, primarily from Yemen, have been ruled innocent or not a threat to Americans by our government, yet only 12 of these men have been transferred.

Shaker Aamer, a cleared Guantanamo prisoner, once joked that the innocent 77 still waiting to be released should plead guilty to being some random employee of bin Laden’s, since others who had done the same were tried and freed.

Obama claims releasing the Taliban five is a natural part of the war on terror ending, but while that may be true on our end, it’s certainly not true for the Taliban. Despite the White House’s assertions that the war in Afghanistan is winding down, clashes between the Taliban and U.S.& Nato forces continue to occur on a regular basis.

If Obama is willing to risk repercussions from these “high-risk” prisoners, and if he really wants to close Guantanamo as he has claimed in the past, why hasn’t he been using his executive authority all along to release the 77 prisoners that have been found innocent? These are the men who starved themselves to bring national attention to their plight. It’s for them that people have been rallying for the detention facility to finally be closed. Closing Guantanamo and releasing terrorists are not mutually inclusive concepts. Those with intent to harm the United States should never have been freed for one lone deserter.