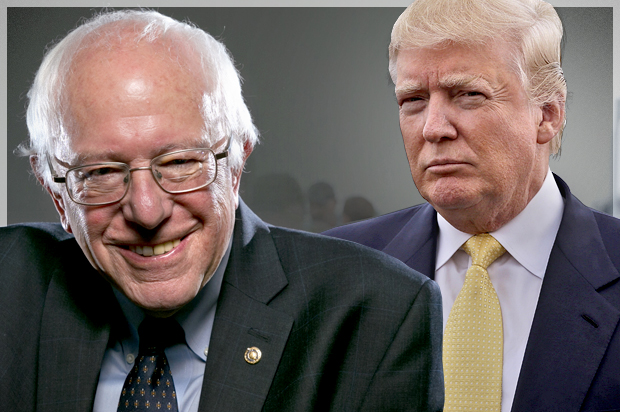 When the dust settles and the votes are counted on the evening of Tuesday, November 8, Donald J. Trump may very well be the next President of the United States of America. And to be clear, it won’t be due to stellar campaigning, principled politics, or even a likable personality.

It will be due to Bernie Sanders.

Sanders, the golden boy of the democratic-socialist, social justice warrior, and alt-left (*cue haters*), created the perfect environment for a populist such as Donald Trump to sweep in and steal the presidential election. And no, it’s not because Sanders has made Trump appear to be a saint, but because he made his opponent in the Democratic primary, one Hillary Rodham Clinton, appear to be both a vile individual and candidate throughout the Democratic primary (and let’s be honest, he’s not wrong).

First, let’s start off with public perception. One golden rule in public relations is that “perception becomes reality,” meaning regardless of the facts or truth, it is how the public perceives something that then becomes their reality. Now, Sanders isn’t entirely to blame for Hillary Clinton being ranked with the second highest unfavorability ratings of all time (Trump is first), but he definitely had an integral part in bringing up her trustworthiness and cronyism during this election cycle.

And while Sanders did ultimately drop out and endorse Clinton, a vast majority of his supporters have not, and the polling numbers are proving as such.

Consider the following: Who was the voter base of Sanders’ campaign? 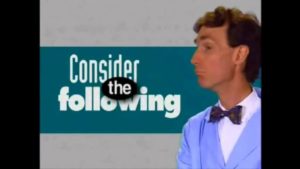 And it was Sanders who managed to drive left-leaning, politically passionate millennials away from the eventual Democratic Party’s nominee into his camp of democratic-socialism. Sanders was able to tap into the emotional appeal that so drives the Millennials that he was able to establish a strong, passionate, and unwavering base of support that would climb mountains in the name of his so-called “revolution.”

In all honesty, it’s hard to overemphasize how Sanders completely and utterly dominated the Millennial vote in the Democratic primary. While Clinton led him among older voters, he destroyed her among younger voters, even winning more than 80 percent of their votes in some states against the eventual Democratic nominee.

But this fact might say it better than any: in the 2016 campaign, Sanders won more votes among those under age 30 than the two major-party presidential nominees combined. And it wasn’t close.

According to CIRCLE (The Center for Information and Research on Civic Learning and Engagement), Sanders won 2,052,081 votes from those under the age of 30. Clinton and Trump? Combined, they won 1,595,100 votes from voters under 30 (828,675 for Trump, 766,425 for Clinton). So, take that information, and then factor in a Washington Post-ABC News poll that found that 75 percent of those under age 40 viewed Trump unfavorably, compared with 58 percent viewed Clinton unfavorably.

At this point, you might be asking yourself, “Okay, but how is a potential Trump victory on Sanders’ shoulders?”

Well, it’s quite simple. The millennials, who were so crucial to the Obama coalition in 2008, could work wonders for Clinton.  But in this election more than a third of them are supporting third-party candidates. Why?

Millennials supported Sanders because his ideological progressive ideals matched their own. However, they were voting as Sanders supporters, not necessarily as Democrats. This is key. When Sanders finally dropped out, the difference between him and Clinton had never been so clear. Suddenly, the new reality of a Sandersless election came to fruition and some intense soul searching began for those Millennials who had eagerly vouched for Sanders. But there was one major, glaring issue: there was simply no link between him and Clinton, both as candidates and as people.

And let’s not forget that Sanders, who’s nomination prospects were bleak at best coming into the Spring months, continued chipping away at Clinton’s reputation, record, and integrity, knowing full well he had a snowballs shot in hell in securing the Democratic nomination. By the time he finally dropped out, he had caused substantial damage to Clinton’s campaign and her integrity. And his followers weren’t quick to forget.

See, when you spend countless months trying to persuade your supporters that your opponent is not only a terrible person, but also a terrible candidate and leader, you can’t expect them to jump ship and hop on-board your opponents bandwagon when the time comes to finally accept the reality that your campaign is finished and drop out.

It is of my belief that Sanders had an “Anakin Skywalker post-cutting off Mace Windu’s arm” moment where he finally came to grips with the reality that his campaign may have so badly hurt Clinton, that he had in fact opened the door for Trump to come striding into the presidency.

And at that moment of realization, Sanders had to face the music, turn his back on his supporters, and endorse the very candidate he had fought so hard against in one last ditched effort to stop a President Trump from happening.

But alas, it was too late.  Sanders had already set in motion the rise to power of Emperor Palpatine, er, I mean, President Trump. Sanders has managed to drive those left-leaning, politically passionate Millennials away from the Democratic Party’s nominee, and in turn, into the arms of third-party alternatives such as Gary Johnson and Jill Stein. And let’s be honest: Clinton is feeling the impact.

Why else do you think so many celebrities have come out attacking the prospects of voting third-party and have equated doing as such as simply casting a vote for Trump?

I mean, why else do you think Hillary and her supporters have pulled together their own version of “The Avengers” in an anti-Trump PSA that is specifically aimed at Millennials (and mind you, some low-information voters who see a pretty celeb and decide to follow their political advice).

So no, a Trump presidency will not be due to Trump being viewed as the nationalistic savior that his base makes him out to be. Heck, it won’t even be entirely to blame on Clinton for being such a God-awful candidate. But rather, it will be due to a one Senator Bernie Sanders from the great state of Vermont.