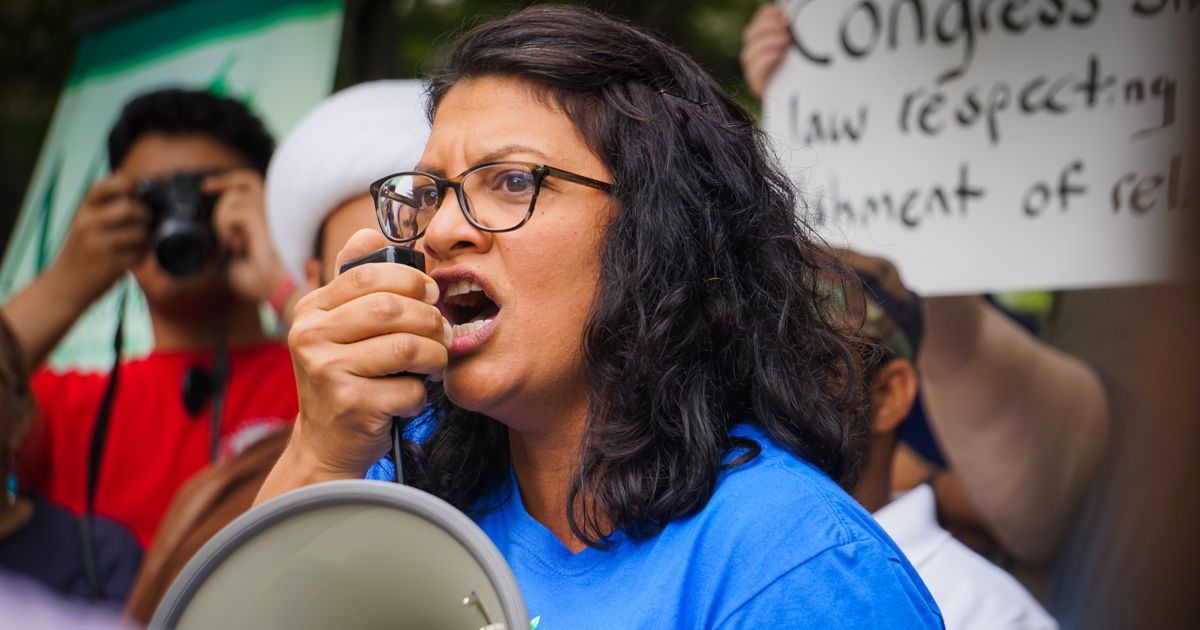 Just hours after being sworn into Congress on Thursday, Democratic Michigan Rep. Rashida Tlaib promised to go after President Donald Trump, telling a group of left-wing supporters she would help Democrats “impeach the motherf****r.”

Tlaib, who was one of two Muslim women sworn into Congress, made the remarks at a rally held by MoveOn near Capitol Hill, according to reporters at the event.

We got congresspeople out here calling the president a mother fucker pic.twitter.com/GCXSPQbPb8

Rashida Tlaib to a crowd of cheering supporters in DC: “We’re gonna go in there and impeach the motherfucker!”

Raucous reception for @RashidaTlaib at MoveOn reception near the Hill. Her closing remarks: “We’re gonna impeach the motherfucker.”

Tlaib’s remarks show just how eager some Democrats are to remove Trump from office. Earlier on Thursday, just after Democrats officially took over the House, Democratic California Rep. Brad Sherman reintroduced articles of impeachment against Trump.

Democratic leaders shied away from impeachment talk leading up to Thursday’s handover. Speaker of the House Nancy Pelosi has not committed to impeachment, saying it would be divisive for the country. In an interview that aired Thursday morning, Pelosi said she will withhold a decision until special counsel Robert Mueller issues his report in the Russia investigation.

Tlaib, the first Palestinian-American woman to be elected to Congress, made news earlier in the day when she took her oath of office using Thomas Jefferson’s Quran.