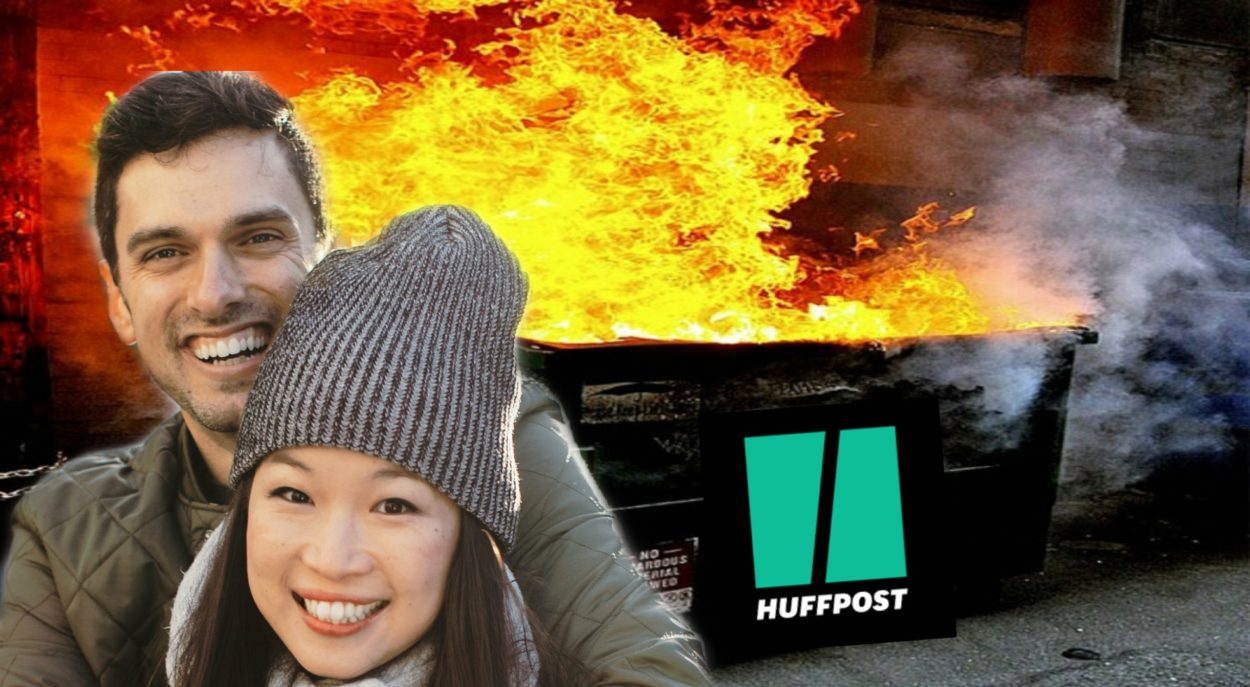 The Huffington Post recently eliminated their entire Opinion section and laid off the staff. Shortly before the layoffs were announced, HuffPo Opinion Editor Chloe Angyal boasted about the section’s accomplishments.

Accomplishments like writing about Harry Potter memes, and drawing #Resist inspiration from the fictional sorceress (is there another kind?), Hermione Granger.

HuffPo’s parent company Verizon Media didn’t share in the optimism of this work, as they scrapped the whole section 5 days after Angyal tweeted about their one year anniversary.

It didn’t take long for HuffPo to begin running Guest Opinion pieces, which are unpaid. Verizon shut down the Guest Blogger program in January 2018 in favor of a consistent (and salaried) staff. However it appears that Verizon has completely reversed this, eliminating their staff and reintroducing Guest Blogs.

The guest pieces are the same caliber HuffPo Trash that you had come to expect from their paid staff. HuffPo learned not to pay for something you can get for free.

A Guest Opinion piece was released on February 2nd entitled I’m An Asian Woman Engaged To A White Man And, Honestly, I’m Struggling With That.

The guest author, Tria Chang begins by her observant distaste of other White/Asian couples, lamenting an Asian Fetish that exists with white males. She makes it clear that she disapproves of other people being in the kind of relationship she is in.

“Stop it you guys!” my shame wants to say to these other couples. “Can’t you see the more of us there are, the worse it looks?”

She moves on to an example of a failed ninth grade relationship:

“Even as I forayed into dating this boy, I was put off by much of what he said. My friends weren’t wrong about his Asian fetish. “I just feel like Asian girls are deeper than other girls, y’know?” he said to me once.”

It appears she struggles with this, and projects this onto her current fiancee.

“He has a pattern of dating Asian women. Do you know how many Asian girlfriends he’s had? He just might have an Asian fetish.

“I’ve never seen it that way!” he insisted. “I grew up in Cupertino, so most of my classmates were Asian, and not all of my girlfriends have been Asian … but yes, most I guess. I just never thought about it.”

Sure, Asian Fetish is a thing. I previously wrote a piece called How To Get A Japanese Girl For Dummies which was a satirical shunning of Weaboos. I’m married to a Japanese woman. Is it a fetish? I don’t know. She was my first girlfriend and we’ve been together 16 years now, 8 of which we’ve been married. I would say I’m pretty darn privileged though, because I’m nowhere close to being in her league.

But racial preference exists outside of the White/Asian dynamic, and she’s essentially copying the homework of White Supremacists.

The term Mudshark is a term White Supremacists use specifically towards White women who date, marry or have children with Black men. It’s an extremely derogatory term, and laments them dating outside their race, but specifically with Black men. This combination is also relatively common with interracial relationships. Chang’s sentiment is absolutely no different.

If homeboy here who is engaged to Chang had any self respect, he’d call this engagement off, run like hell and never look back. But somehow I have a feeling he’s a cuck. He probably celebrated this article going viral by profusely apologizing.

ICE Arrests 21 Savage For Overstaying Visa, Could Be Deported