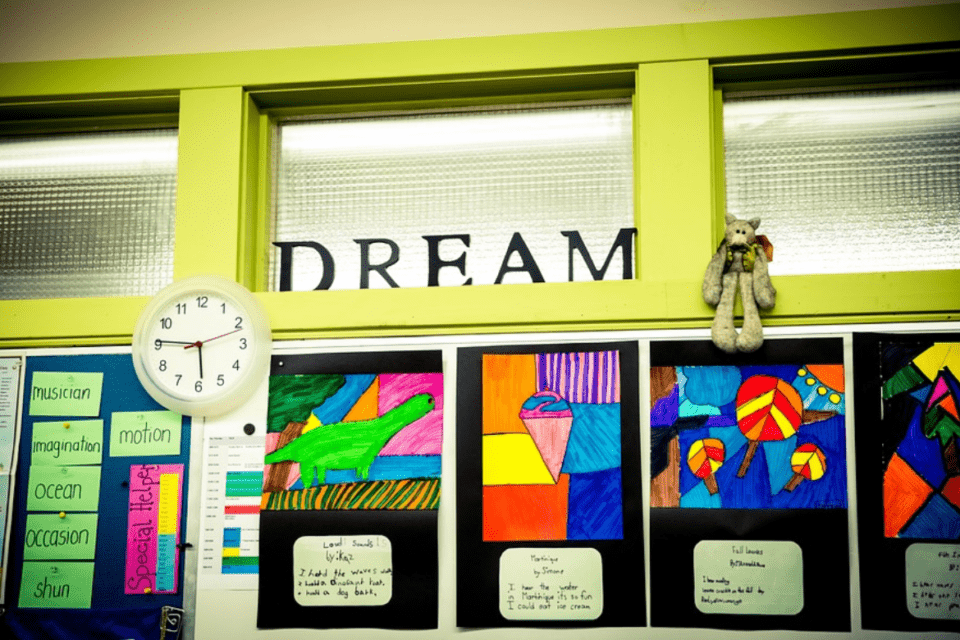 Imagine yourself walking into a café one morning and, after being shown to a seat by the waiter, you order a basic latte. However, he tells you that there is nothing available but green tea. Confused, you decide to leave because you are not able to order what you want. Then, the waiter tells you that in order to leave, you must pay him for wasting his time, and that it will be cheaper to just get the tea. You begrudgingly accept the drink and sit in the cafe despondently, unable to go next door and order a proper coffee, instead.

It sounds like a ridiculous anecdote, but it is a simplified representation of the current primary and secondary educational system. As a recent high school graduate, I have seen firsthand so many flaws in the education system. From my experience, as well as research, I have identified three important factors that currently negatively contribute to the education of millions of students around the country. Some of these flaws are found not only in K-12 schools, but also in colleges as well.

With the COVID-19 pandemic continuing well into the spring of 2021, some teacher unions have lobbied to stay on an asynchronous learning basis, with schools still remaining closed and the education of the children still being jeopardized for no currently scientific-based reasons. One example of such nonsense comes in the form of a video from the Chicago Teacher’s Union, which went live on Facebook on January 23 and depicts many of the teachers dancing while a narrator and captions convey the importance of staying safe during the pandemic. While the relation of dancing and safety is unclear, what is evident is the many falsehoods that are indirectly propagated by the video. These need to be analyzed to see whether a case can be made that it is too early to go back to in-person learning.

To debunk such a ridiculous video, it is important to first look at the number of cases and deaths by age group to determine the validity of any possible claims the union might make. First, deaths have been on the decline—even on the day that the video was originally published—and future projections as of the writing of this article show a similar trend. What if the students get each other infected and spread the coronavirus even more? Good question, yet statistically the number of deaths from COVID-19, pneumonia and the flu among the sick aged 0-17 is only 978 people across the whole country.

In comparison, the average age of a teacher in the United States is 42 years old. Looking at the figures, those in the 40-49 age range, accounted for 20,148 COVID-19 related deaths. These figures are from the start of the pandemic to today. This indicates that students are more than 20 times less susceptible than their teacher counterparts and, although the student population is large, they would not be at an elevated risk of infecting each other and the teachers. With vaccines being administered in daily increasing numbers, older teachers would be at an even lower risk than everyone else. As a result, safety is not as big a concern as the unions or the media make it out to be.

While the figures are not in the favor of the Chicago Teacher’s Union, I am not arguing that there should be no masks or social distancing in place. What I am saying is that schools need to open up and allow students to have face-to-face interactions with their teachers. What are the implications of continuing online learning? According to one Gallup poll, 30 percent of parents said that their child’s mental health has worsened as a result of online schooling and restrictions that are in place. In terms of education, it has been estimated that the students are only receiving 70% of their knowledge for a typical school year, while in mathematics that figure drops to 50%. Children are simply not learning the material that they would be able to learn in person.

Speaking from experience, I spent my last semester of senior year, and now my second semester in college being stuck with online learning. Many of my lectures are asynchronous only. I have rarely been able to ask my professors for help, and I had to resort to using outside sources and spending more time than necessary just to be able to pass many of my basic general education classes. Although I have made some friends through my online interactions with other students and through clubs that I virtually attend, I have not been able to meet most of those people in person. It is time to open up the schools and get everyone back to normal and into the classroom.

One key aspect that is ignored by many politicians is the many alternative options to public schools that could be available to students through the use of student vouchers. Parents could select where they want to place their children. The Department of Education itself admits that funding would not solve all of the problems that cause disparity in the performance of students from low-income and high-income families. One option that they themselves proposed is community schools, which allow a greater involvement of parents and the local community in the structure of the learning curriculum as well as spending. Instead of having the state or federal government make those decisions on behalf of a local community, the local ordinance should decide how to approach its wants and needs and how to resolve any issues that may arise.

Charter schools have gained a lot of ground in the past 20 years, and now more than 7,200 exist in 44 different states. The main benefit is the increase in parental choice and satisfaction ratings. Among the different types of schooling, charter schools had 13% higher satisfaction ratings than district schools. Charter school parents also indicated that they were able to have more extensive communication with their teachers by 15% more than parents in district schools. Of course, private schools scored at the top of the satisfaction ratings, as parents with more money are able to send their children to an even wider array of schools. However, since charter schools are free to the public and take a huge portion of low-income students there is more competition to get in. Instead of being stuck in a low-income area and having one’s child go to that one school, parents are able to take their children to a school of their choice that is more competitive and provides more opportunities to their students. Even under Barack Obama’s administration, millions of dollars were spent on the development of charter schools. If there was little belief in them, why would they be funded so heavily? Students would be able to attend a school that fits their learning needs and desires and a general district school is not always able to provide that.

In my high school, for instance, we had only a small fraction of the classes for humanity-related courses compared to other schools in my county. Students have asked for many years to add courses to the registration list, yet they were always denied for unclear reasons. I wanted to take Russian as my foreign language instead of French, and to have more classes that would have been more applicable to my future career goals instead of being stuck with math all of these years. I understand that it is not possible to please everyone, but I have not heard of a single class being added from student requests. What time we did have to take an interesting elective was taken up by physical education or other unimportant classes—at least in my opinion.

Force Standardized Testing On All Students

One of the bigger downsides of high school that every student knows, including myself, is studying for the SAT/ACT tests. Colleges heavily rely on this metric, claiming that it provides a standardized baseline for applicants across the country, so that the performance of each of them can be accurately measured, as opposed to a grade point average (GPA), which might vary from school to school. The main problem with the SAT (and this is coming from a person who scored in the top 2% of the percentile range) is that it only accesses two subjects—math and English. Students come from different backgrounds, have different skillsets, and, as a result, might struggle with one or both of these subjects. A more artistically inclined student might be trying to become an art major, yet he or she might not get in due to doing worse on two subjects that are almost unrelated to future prospects. Since many colleges have begun to realize the flaw in these standardized tests, almost a third of schools do not require standardized test scores for admission. Instead, they rely on other metrics, such as the GPA, Advanced Placement test scores, the quality of the admissions essay, etc..

This trend will most likely be seen in secondary level education as well. If charter schools and even district schools decide to do away with standardized testing entirely, students will be under less stress, and their performance can be measured with standard class tests created by that very institution. This will help address the problem of having teachers “teach to the test”, and allow them to have more creative control and do a much better job of educating their students. Teachers are often evaluated and promoted or fired on how students perform on this flawed metric, and in many cases, negative results may be out of the educators’ control. For the same reason, besides discontinuing the requirement of SAT and ACT tests for students to get into college, schools should also drop the various other tests, like the Partnership for Assessment of Readiness for College and Careers (PARCC) in their entirety, and having a more flexible approach in teaching students.

What Does the Future Hold?

With Joe Biden as President, it is unclear what will happen with secondary education in the United States. In his campaign, he pledged to spend more money funding low incomes areas, while improving teachers’ salaries. On his website, there is no mention of alternative schooling options, and the cycle of perpetually throwing money in hopes to solve the various flaws in the education system continues. At this point in time, not much can be done to make the mentioned changes necessary on the federal level. Yet, states have the power to design their own educational systems. Hopefully, they will realize that the current school districting system needs to be redone instead of slapping on band-aids time and time again. Charter and private schools need to be allowed to compete for students instead of having a government monopoly on education.