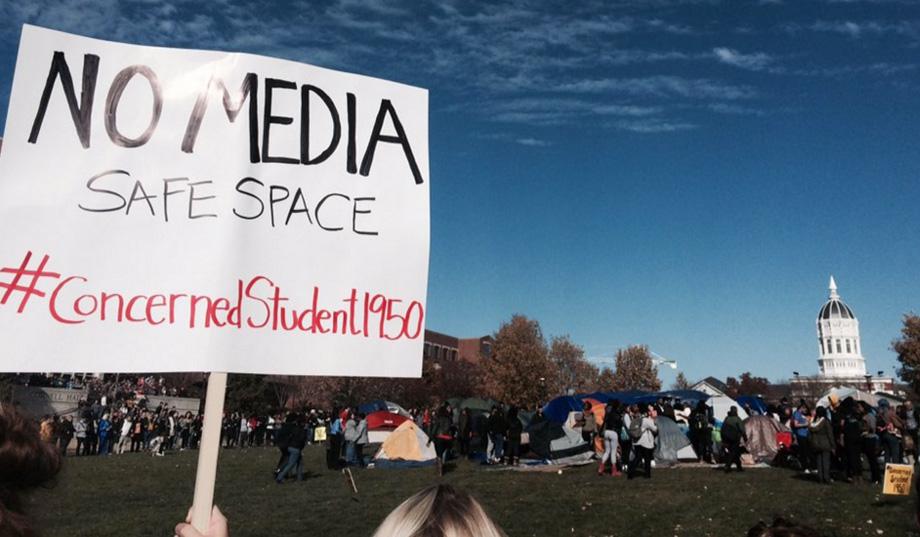 Most people are familiar with “safe spaces” on college campuses. Conservatives tend to oppose them, while liberals tend to support them. Safe spaces in theory can be good, but not in reality, at least not the present reality. As they’re currently run, safe spaces encourage students to distract themselves from their negative emotions rather than teach them how to manage them. Students entering a safe space are greeted by toys, cookies, bubbles, videos of animals, and other distractions. This doesn’t help them grow or develop into rational adults. Instead, it reinforces within them the idea that anything they don’t like is bad and must be avoided.

But the damage isn’t limited merely to the safe spaces. It spills over into regular college activities: professors are prevented from teaching their students uncomfortable truths about the world, controversial guest speakers routinely have their venues blocked by human chains or are forced out by bomb threats or protesters who pull the fire alarm, and the free exchange of ideas is either threatened or shut down entirely. These students then take their ideas into their jobs, where they push for policies intended to silence and punish anyone who says something they don’t like. From there, they call for laws intended to criminalize speech acts with which they disagree or that threaten their worldview. These people are incapable of managing their own emotions, so they attempt to force others to adjust their behavior so as not to upset them. They aren’t free, and they think the way to become free is to reduce the freedom of everyone else.

The solution to this is to add counselors or therapists to the safe spaces, or for colleges that already do that, encourage them to adopt a requirement that students who visit the safe spaces must seek help either from the campus counselors or outside professionals. When students that are triggered come into the safe spaces, they can play with toys, watch videos of animals, or do whatever else is offered to calm down a bit, and then they can see a professional who will help them learn to manage their emotions. This will instill greater confidence in the students, and over time, they’ll get to the point that they don’t even need the professional help or the safe spaces anymore. They can then go through life with the skills they need to feel how they want to feel instead of allowing others to control their emotions. Will they be completely immune from outside influences? Of course not, but in more cases than not, they’ll be in control of their emotions. The more they can control themselves, the less they’ll be controlled by others, and the less they’ll want to be controlled by others. This is how to maximize what remains of our freedoms, and the more people who are emotionally free, the easier it will be to create a free society.

No, This is Not Blackface: Supposed “Racist” Photo Explained

How Hillary Clinton Has Set Women Back Decades