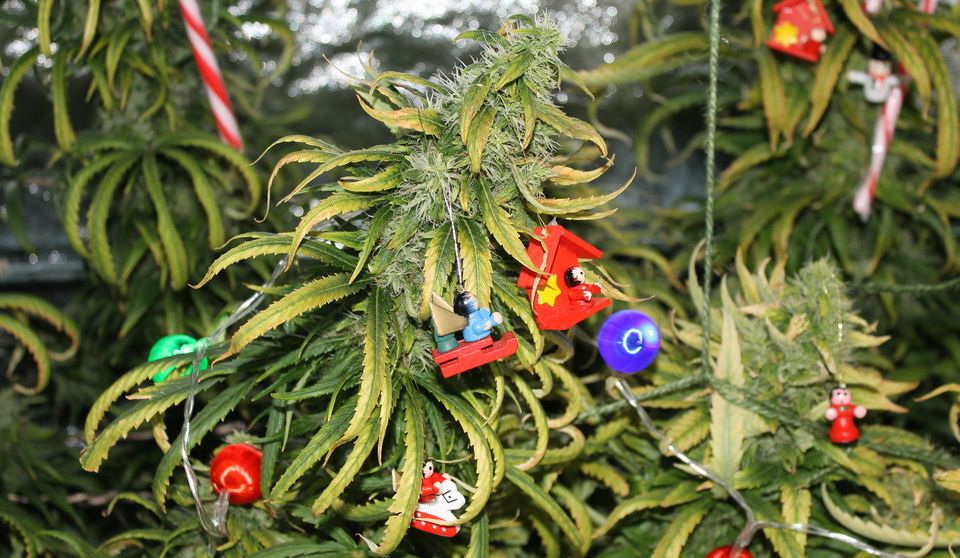 Marijuana is legal to possess in Washington, D.C., but it’s still illegal to purchase or sell. Pot enthusiasts aren’t fretting, though, they’re more than happy to give weed as a gift.

Adam Eidinger, the man behind the initiative that legalized weed in D.C., told FOX 5 he and his friends will be offering up the buds from their first legal growsas Christmas presents.

“Giving cannabis has become like the latest, ‘Hey, I baked a pie. I grew this. Would you like it?’ And it is a very special gift,” Eidinger told the TV station.

Eidinger was a leading force behind Initiative 71, which D.C. residents voted overwhelmingly in favor of in 2014. The initiative legalized small amounts of marijuana in the district and allows people to grow up to six plants in their homes.

While possession is legal, an act of Congress made it illegal for the D.C. government to set up any legal framework to regulate the sale of marijuana.

A provision in the more than 2,000-page omnibus bill passed Friday by Congress blocked the district from implementing any marijuana regulations.

The law forbids D.C. from spending any money to “enact any law, rule, or regulation to legalize or otherwise reduce penalties associated with the possession, use, or distribution of any schedule I substance under the Controlled Substances Act.”

The conflicting laws leave D.C. residents in a grey area of sorts where they are free to share their weed bounties with each other, but if any money changes hands, the transaction then becomes illegal.

The “free weed economy” was embraced from the beginning by Eidinger and other activists who successfully petitioned to get the drug legalized.

In March, just a month after marijuana became legal in the district, The D.C. Cannabis Campaign held the first of many “seed shares” where aspiring pot growers got together and legally shared seeds with each other.

This fall, that first batch of legal weed became ready for harvest, and many growers, still feeling the good will from the seed swap, decided to simply give their weed away for free.

A few entrepreneurial spirits, though, have found a way to stay within the legal framework of free weed, and still make money.

The Washington Post reported on several business people who decided to give marijuana away as a “gift” to customers who purchase other services.

A masseuse, the Post reports, started giving a small amount of pot to all his clients who pay for a massage. Another T-shirt vendor gives away gift bags of pot, but only to people who buy a shirt and “tip really well.”

For Eidinger, though he’s just happy he can share what he loves with his friends.

“It’s a lovely holiday season because you can give cannabis to your friends in Washington D.C.,” he told FOX 5.

12 Drunk Santas Fighting in the Street