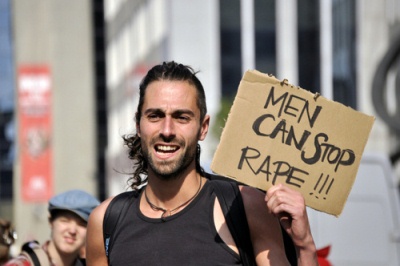 “We make men without chests and expect from them virtue and enterprise. We laugh at honor and are shocked to find traitors in our midst.”
― C.S. Lewis, The Abolition of Man

War, drugs; whatever is attacking our society and leaving a blaze of destruction in it’s path isn’t the root cause of the real issues. War didn’t kill your brother, drugs didn’t kill your sister. Instead, the root cause is a lack of good men; because whether you agree or not, the behavior among the men in our communities is the behavior set for society at large, that’s how its always been and that’s how it will be for the foreseeable future.

Is our country going to shit because men are just naturally screwed up? Not at all, it’s because we don’t seem to have a society of men in the lead, just a bunch of confused boys pretending to be men. We have everyone except the people we should be looking up to telling us what to do, because those who do uphold the traits of leadership and masculinity are tired of being pushed aside for watered down, hipster, neck beard abominations. It’s not just them though, its also the overly aggressive types that use violence and intimidation to get around who give masculinity a bad name. Where did things go wrong though? Sociologist Sandy Higgins pointed this out in an article from 2012:

Sociologists cite five “markers” or “milestones” that have traditionally defined our notion of adulthood: finishing school, moving away from the parental home, becoming financially independent, getting married, and having a child. In 1960, 65 percent of men had ticked off all five by age 30; by 2000, only a third had. The experts have plenty of explanations for what’s come to be called “extended adolescence” or “emerging adulthood”—or what New York Times columnist David Brooks calls the “Odyssey Years.” They blame helicopter parents, the burden of student loan debt, much higher poverty rates among young people (nearly half of all Americans ages 25 to 34 live below the national level), and a death of vo-tech training and manufacturing jobs. Almost 60 percent of parents are now giving money to their grown kids—an average of $38,340 per child in the years between ages 18 and 34. Whatever happened to the son looking after his mom?

Some of the factors pushing males into this extended adolescence are obvious though; the over sexualizing of everything which draws boys early on to pornography, which deteriorates their view of women and intimacy. The lack of positive male role models as seen through their fathers or father figures in the community, causing them to look to popular culture for a cartoon image of manliness. The lack of a relationship with God which stunts spiritual progression and moral aptitude.

Also, there is the role which women play, and I am not talking about mature, feminine women, who are strong in their own character and capable of raising strong and independent minded sons. What I’m talking about is feminism, which has declared a war on men for the sake of doing so to make themselves feel better.

The worse factor in the deterioration of our nation’s men though are other men! Men like the moron who wrote the 27 Ways to Be a Modern Man. I already took a shot at that sham a while back, but understanding there is a crisis among a generation of lost males, I have crafted something to counteract the lies put out by Hollywood, feminist, and beta male wimps once and for all…

I am not a perfect person, but through an understanding of God, who defines liberty. I understand my identity thus verifying my role in the world. Until men understand their purpose, relativist ideology will make them pointless and spiritually castrated, leading the world down a path no one wants to be a part of.