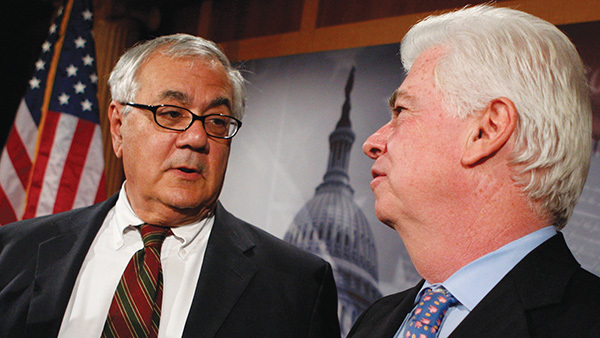 House Republicans are scheduled to vote on a bill to repeal the 2010 Dodd-Frank act, according to a statement from House Majority Leader Kevin McCarthy.

McCarthy announced Friday that the House will review and vote on the Financial CHOICE Act next week, but the exact timing of the vote remains unclear. Republicans are expected to pass the measure but will be met with significant backlash from House Democrats who remain opposed to repealing former President Barack Obama’s chief financial legislation, Reuters reports.

“This is a jobs bill for Main Street. It will rein in the overreach of Dodd-Frank that has allowed the big banks to get bigger while small businesses have been unable to get the loans they need to succeed,” Speaker of the House Paul Ryan said in a statement. “With the Financial CHOICE Act, the era of taxpayer-funded bailouts and too big to fail is over.”

House Republicans revealed the Financial CHOICE Act in mid February. The bill is the Republican leadership’s most aggressive plan so far to loosen regulations after the financial crisis of 2007. President Donald Trump has taken the lead thus far for Republicans on banking and regulatory reform, signing multiple executive orders in February aimed at repealing Dodd-Frank and other rules. (RELATED: Trump Signs Executive Order To Rip Up Dodd-Frank Disaster)

Dodd-Frank was originally intended to increase transparency by implementing a consistent set of regulations aimed at closing loopholes and making firms accountable for their own mistakes. The bill attempted to shift the burden of major financial mistakes from taxpayers to market participants, ensuring those who partake in risky investment practices would bear the financial burden of their mistakes. Dodd-Frank promised to “end too big to fail” and “promote financial stability.”

Prior to Dodd-Frank, some 75 percent of banks offered free-checking. That figure fell to 39 percent just two years after Dodd-Frank came into effect. Consumers are paying more and getting less because of Dodd-Frank. Low-income consumers suffer the most, according to research by the International Center for Law and Economics.

The CHOICE Act would impose new restrictions on financial regulators, and eliminate the powers granted to regulators after 2007.