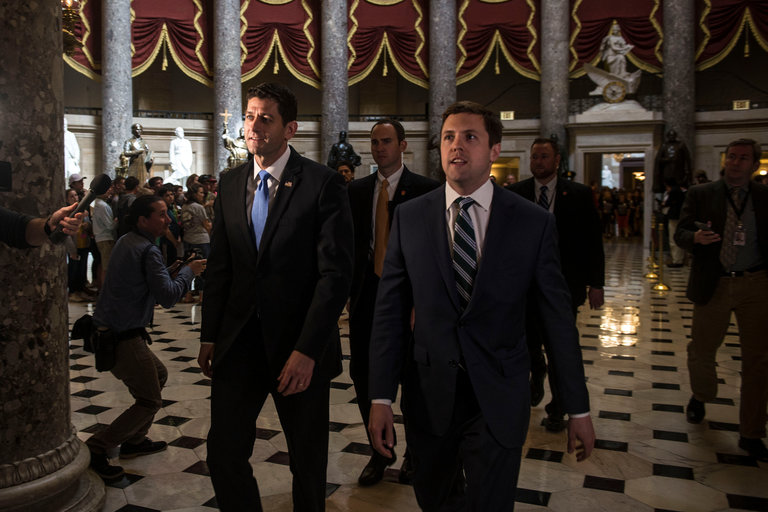 The U.S. House of Representatives on Thursday cast enough votes to pass a Republican-sponsored bill that would repeal key parts of the Affordable Care Act, and replace them with new provisions, explains CNBC.

The American Health Care Act (AHCA) narrowly survived its second bout through the House, passing on a vote of 217-213.

From the New York Times (NYT):

The House bill would eliminate tax penalties for people who go without health insurance. It would roll back state-by-state expansions of Medicaid, which covered millions of low-income Americans.

In place of government-subsidized insurance policies offered exclusively on the Affordable Care Act’s marketplaces, the bill would offer tax credits of $2,000 to $4,000 a year, depending mainly on age. A family could receive up to $14,000 a year in credits. The credits would be reduced for individuals making over $75,000 a year and families making over $150,000.

The clearance of AHCA from the House will surely be touted by the GOP House leaders and President Donald Trump as a victory, and it is the furthest the GOP has come to fulfilling a major campaign promise from 2016. But that doesn’t mean that the escape from the senate will any easier.

In fact, Sen. Bob Corker came out recently and said that the AHCA would need at least a month of review before consideration, and that he believes that the bill has “zero” chances of making it through the Senate.  (RELATED: Sen. Corker: Zero Chance AHCA Passes the Senate)

Following the passage of the bill, many House Republicans expressed their relief.

“We are all breathing a sigh of relief,” Representative , Chris Collins (R-NY) said, according to NYT. “We’re living up to a campaign promise we made, the Senate made, the president made.”

The Democrats have responded in line with their previous criticisms of the bill, utilizing a tone of fear for the potential hurt the American people to push back against the bill. Some even going so far as to call the passage political suicide for the GOP.

“I have never seen political suicide in my life like I’m seeing today,” Representative Louise M. Slaughter (D-NY) said, according to NYT.

In the vote for the bill, two previously prominent opponents of the AHCA bill were noticeably missing, that of Rep. Justin Amash (R-MI) and Rep. Thomas Massie (R-KY). Both representatives are major players inside the House Freedom Caucus which played a large role in keeping the first version of the bill from passing. 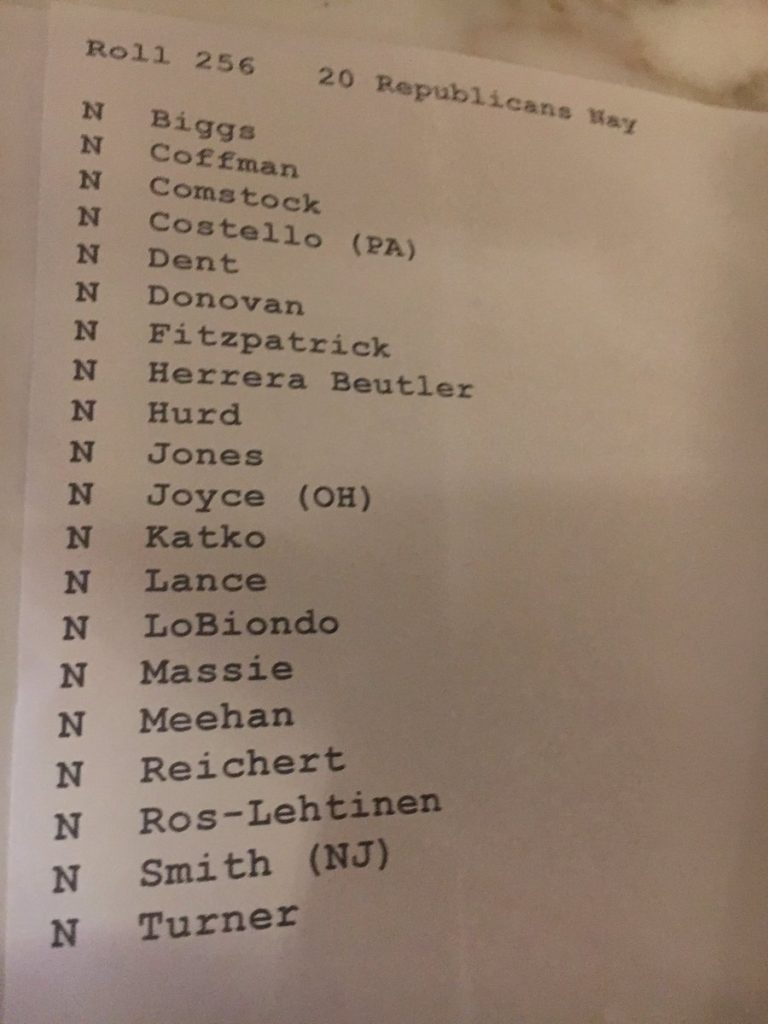 The 20 GOP NO VOTES on healthcare in the House pic.twitter.com/pSehu5KoUN

The House Freedom Caucus did release a statement explaining their sudden support for the AHCA saying that the passage of the bill is an important step in keeping the promise of lower healthcare costs to their constituents. It also mentions that they will continue to work until Obamacare is completely repealed:

“For years, millions of Americans have struggled under President Obama’s Affordable Care Act and have pleaded with their elected officials to repeal it and replace it with a plan that works for American families. Today, the House of Representatives began that process by passing the American Health Care Act (AHCA).

We made a promise to the American people to repeal Obamacare and replace it with policy that brings down costs. While this legislation does not fully repeal Obamacare, it’s an important step in keeping that promise to lower healthcare costs. Due to the hard work of conservatives in the House, this bill now allows states the ability to undo the most costly aspects of Obamacare that are hurting American families. We look forward to working with our Senate colleagues to improve the bill. Our work will continue until we fully repeal Obamacare.”

President Trump is set to speak to the press from the White House around 3:30 PM EST, following the passage of the bill.

JUST IN: Pres. Trump expected to speak from the White House around 3:30 p.m. ET after US House passes health care bill.

The Libertarian Republic has reached out to Rep. Amash and Rep. Massie for comment, and this article will be updated to reflect their statements should they release any. 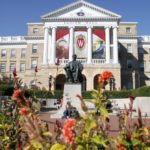 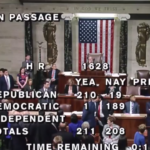