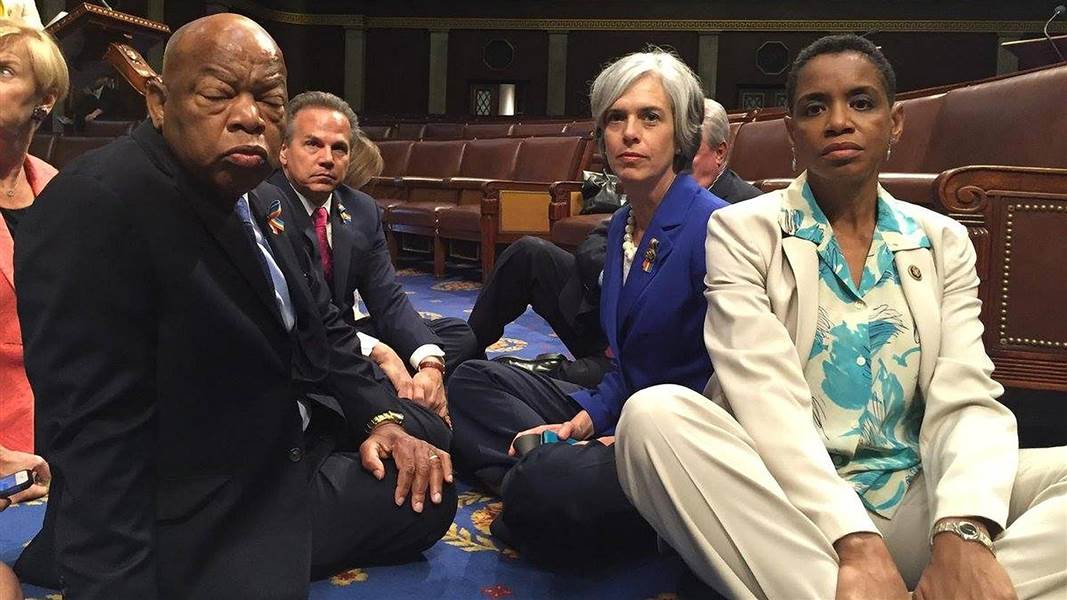 House Democrats are torn over some of the members of their party, including leadership, fundraising off of their  gun-control protest on the House floor – a move Republicans slammed for politicizing an act of terror for political gain.

The Democratic Congressional Campaign Committee and top members of the party –  including Rep. John Lewis of Georgia, who led the sit-in, and Minority Leader Nancy Pelosi of California – sent out emails throughout the demonstration, which started around 11:30 Wednesday morning and lasted 24 hours, asking for donations by criticizing the GOP for opting against holding a vote on a measure, dubbed “no fly, no buy.” The legislation would stop anyone on the “no-fly list” from purchasing a fire arm, but opponents on both the left and right say there are serious due-process concerns.

“I don’t think it was a good idea – I don’t agree with it,” Democratic Rep. Richard Neal of Massachusetts told The Daily Caller News Foundation. “There is a tragedy at hand here and we should, as we proceed, focus on the tragedy.

Democratic Michigan Rep. Brenda Lawrence declined to comment on the matter, but she some light on her feelings, saying she thinks the country’s current campaign finance laws are flawed.

“There has been so much talk about the need for campaign finance reform in politics, the raising of funds has become just as much my responsibility,” she said. “I did not see the emails, so I’m not going to comment on that, but I will say is what’s more important is what we are doing on the floor.

Democratic Rep. Jim Clyburn disagreed, telling TheDCNF Republicans’ complaints over the fundraising push was “as far-fetched as their refusal to block access to automatic weapons for the average person.”

“Sending out notification asking people to support the activity that is taking place on the floor, I see nothing wrong with that,” he said.

“It’s complicated,” he told TheDCNF. “If you want to get things done in Washington you need to raise money – so for me, it’s not all one or the other.” Kentucky Democratic Rep. John Yarmouth added he doesn’t think the GOP has room to criticize.

“I don’t think any Republican would like to have their fundraising solicitation scrutinized for when they have taken advantage of a tragedy or some other sense of an issue,” he said.

GOP lawmakers called the protest a publicity stunt, saying if Democrats wanted a vote, they should have followed procedure by getting the signatures for a discharge petition.

“It’s inappropriate activity, it’s disappointing and I hope they are held accountable of the law,” he said. “They shouldn’t be fundraising off of anything relating to official activities.

Republican House Majority Leader Kevin McCarthy agreed, saying it is a cause for concern.

“For me, I was shocked by seeing that. It was distasteful, it shows the core of what this was about” he told TheDCNF. “In committee, even two Democrats voted against it. Was this more about raising money? And that raises the real question on why someone would do that during that time; it raises ethical questions on what the point was of what they were doing.”

An identical bill failed in the Senate Monday and the House counterpart failed to pass out of committee in the lower chamber earlier in the week. On Thursday afternoon, a Senate bill sponsored by Maine Republican Sen. Susan Collins gained majority-support, but did not reach the 60-vote threshold necessary to continue. 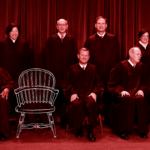