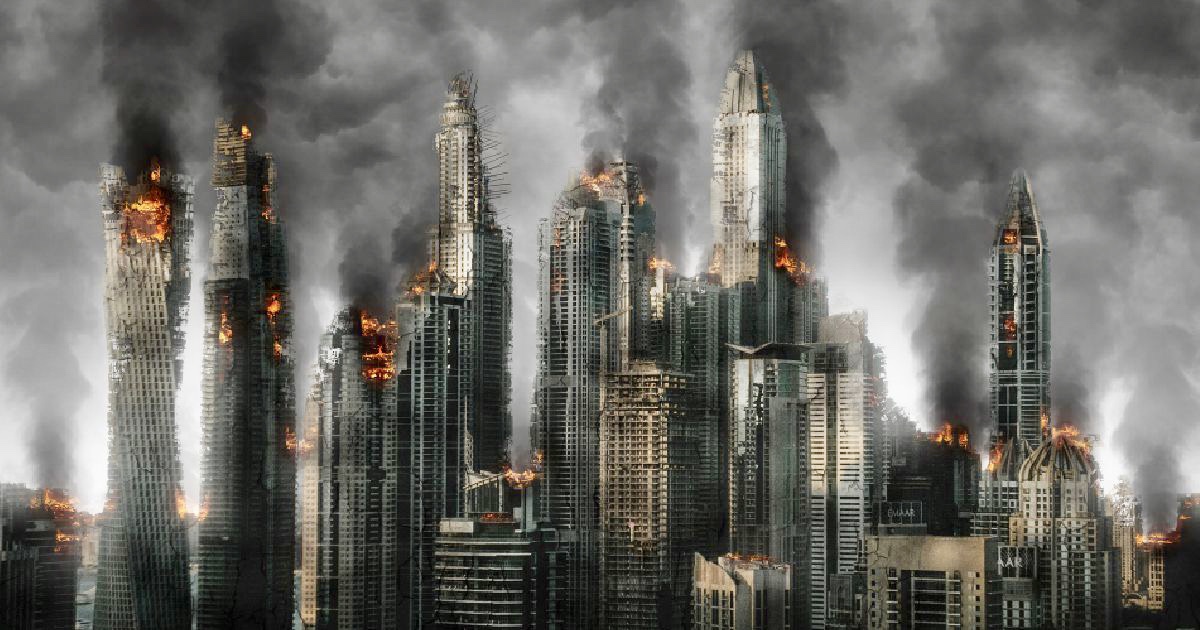 On his immensely popular HBO show last Friday, the host of Real Time with Bill Maher observed, “Not every movie set in the future has to be a super clean utopia or a smoldering post apocalypse.” “Isn’t there something in between?” he asked. “It’s always either the earth is a giant Apple store or Burning Man got way out of control.”

Maher is onto something. There is a strange disconnect between Hollywood’s dark vision of humanity’s future and a much more palatable reality of human existence.

An average person today is much better off than he or she would have been at any previous period in human history. That’s obviously true of citizens of developed nations, who are the beneficiaries of two hundred years of material, scientific, technological, and medical progress. But that’s also true of ordinary people in the developing countries, who have seen tremendous improvements in their standards of living since the end of World War II.

And while it is true that past performance is not indicative of future results, the steady stream of apocalyptic movies is surely overkill.

Due to my work on population growth and availability of resources, I will focus on just one of those apocalyptic offerings—Avengers: Infinity War.

The penultimate movie in the Avengers film series became a blockbuster in the United States and beyond. From its April 23, 2018, premiere in Los Angeles, subsequent release in 59 countries, to its theatrical close on September 13, 2018, the film earned a total of $2.048 billion, thus becoming the fifth highest-grossing movie of all time.

The Logic of Thanos

Most of the movie consists of Thanos, a giant purple alien warlord, venturing around the universe trying to steal six magical crystals called infinity stones. Each stone is leftover from the creation of the universe and collectively they encompass all its aspects: reality, time, space, power, mind, and soul. As he collects these gems, Thanos attaches them to his magic gauntlet, becoming more powerful with each stone. His end goal? To use the infinity stones to eliminate half of all life in the universe.

As Thanos explains to his beloved daughter before throwing her off a cliff in order to collect the soul stone,

You see … it’s a simple calculus. This universe is finite, its resources finite. If life is left unchecked, life will cease to exist.

So, in order to preserve the future of life, he plans to destroy fifty percent of it. After the final battle with the Avengers, Thanos snaps his jeweled fingers and the audience gasps as half of their favorite characters dissolve on screen.

Yet, as I have explained in this column, between 1980 and 2018 the average time price (i.e., the amount of time that a person has to work in order to earn enough money to buy something) of a basket of 50 basic commodities, including energy, food, materials, and metals, fell by 72.3 percent. The time it took to earn enough money to buy one unit in that basket of commodities in 1980 bought 3.62 units in 2018. The 50 commodities got cheaper at a compound growth rate of 3.44 percent per annum, which means that their affordability doubled every 20.49 years.

So, resources became cheaper and, therefore, more abundant. Now consider the relationship between population growth and resource availability. Over the last 38 years, the world’s population increased by 71.2 percent. The time price of commodities fell by 72.3 percent. As such, the time price of commodities declined by 1.016 percent for every one percent increase in the world’s population. Put differently, every additional human being born on our planet appears to have made resources proportionately more plentiful for the rest of us.

So, why is there so much doom and gloom about the future of our species? The British writer Matt Ridley blames “turning-point-itis” or a tendency to think that things which may have improved in the past will no longer do so in the future. He quotes Thomas Babington Macaulay who noted that

in every age everybody knows that up to his own time, progressive improvement has been taking place; nobody seems to reckon on any improvement in the next generation.

We cannot absolutely prove that those are in error who say [that] society has reached a turning point – that we have seen our best days. But so said all who came before us and with just as much apparent reason. On what principle is it that with nothing but improvement behind us, we are to expect nothing but deterioration before us?

Macaulay wrote those words in 1830. Close to 200 years later, the state of humanity is still improving.

This article is republished with permission from Human Progress.

Marian L. Tupy is the editor of HumanProgress.org and a senior policy analyst at the Center for Global Liberty and Prosperity.

Elizabeth Warren Wants You to Know She’s a Woman

Are You Confused About National Conservatism?