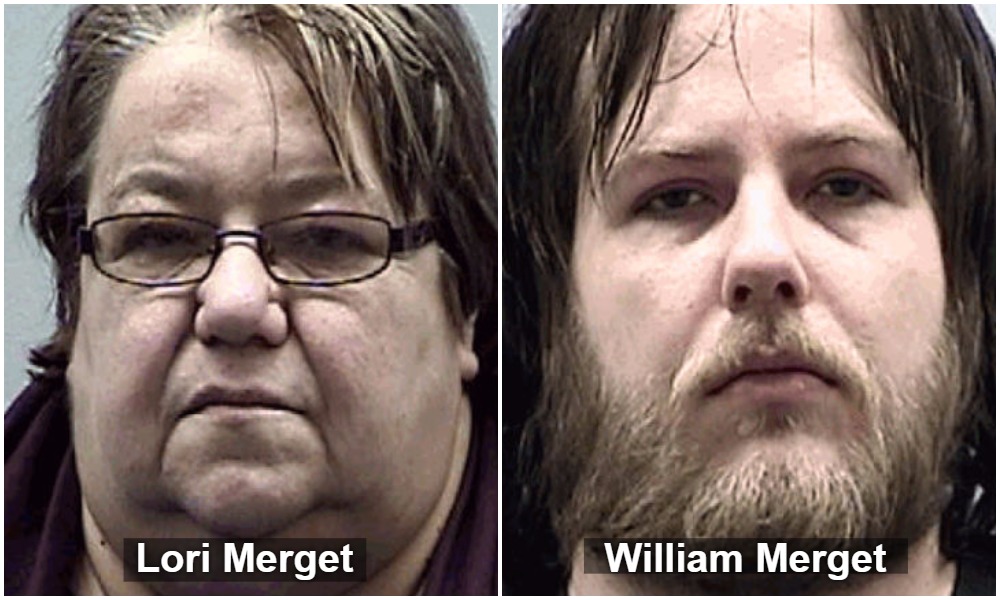 The mother of a heroin addict is facing felony drug charges after police arrested her for running a narcotics distribution ring for more than a decade out of her kitchen.

Lori Merget, 57, allegedly sold heroin and prescription medication to fuel her son’s addiction from her home in Campbellsport, Wisc. Merget primarily sold the drugs at her kitchen table, using the profits to buy heroin for her son, 31-year-old William Merget.

Steve Duncan, 55, lived in the home with Merget and acted as a runner, bringing back heroin purchased from street dealers daily to be resold. Merget also distributed roughly 450 oxycodone pain pills that she received through prescriptions from two pain clinics on a monthly basis, reports FOX 6.

Family members and friends also served as runners for Merget, including one man who swallowed $140 worth of heroin during a traffic stop while on a run into Milwaukee to pick up heroin.

“It’s a small community,” Steve Rosales, a resident in Campbellsport, told FOX 6. “I see cars come and go, but…it’s just a quiet community. You don’t think anything of it. It’s just crazy to think it’s out here. I guess you just never know your neighbors, you know?”

Merget, Duncan, William and five others are facing multiple charges, including conspiracy to sell heroin and other narcotics, and possessing with the intent to deliver heroin. Investigators made arrests March 31 after monitoring Merget and her associates for a year. Neighbors told investigators they believe the drug ring has been operating for more than a decade.

The opioid epidemic is hitting Wisconsin hard, particularly in Fond du Lac County, where Merget lives. Police sunk a major heroin distribution ring on March 2 that trafficked roughly 15 pounds of heroin worth more than $1 million over the past two years into Fond du Lac and the surrounding region.

Heroin overdoses killed 281 people in Wisconsin in 2015, accounting for more deaths than car accidents and tripling the number of fatalities attributed to heroin in 2010. Heroin overdose deaths spiked by 120 percent between 2014 and 2015 in Illinois.

White Family Gets Booted Off of “Multicultural” Playground