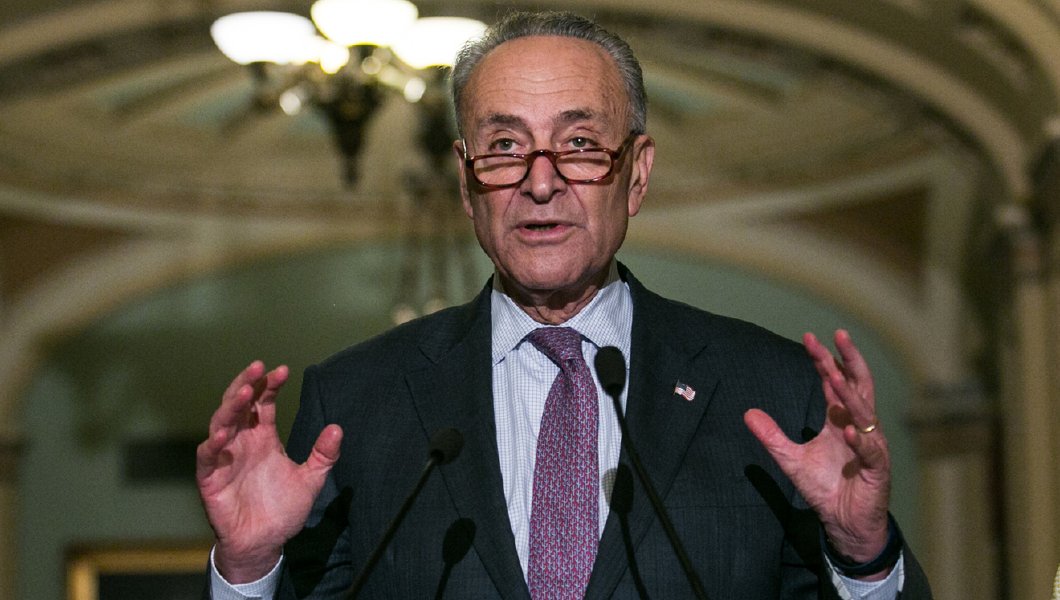 It’s business as usual on Capitol Hill as the government resumed operations on Monday ending a government shutdown after the Democrats broke their own filibuster. The spending stopgap measure passed the Senate by a vote of 81-18.

I generally don’t need a reason to be happy about a Federal Government shutdown, as I joyfully post Ron Swanson GIFs everywhere. The Democrats’ reason for voting against the first bill spurring the shutdown was due to the exclusion of DACA reform. DACA expires this March. I gave Democrats a rare moment of praise, but that was short lived. They folded. They shut down the government for no reason at all.

The only concession they received is the promise that DACA reform would be heard in the Senate at a later date. DACA reform was already going to happen anyway. President Donald Trump wants an immigration reform bill that includes both a DACA fix and enhanced border security. This isn’t Trump making a compromise to get border security. The President actually wants a DACA fix. He’ll be getting both things he wants, and will be able to take credit for both.

The only thing Democrats received from shutting down the government was a black eye as they’ve lost any ground to claim that they were the ones who fought for DACA. This was a very ill conceived strategy leading up to Midterm Elections. It will likely prove to be catastrophic.

Democrats had attempted to paint this shutdown as Republican induced and launched the hashtag  #TrumpShutdown. Democratic lawmakers also took to CNN to point out that the senate is controlled by Republicans to imply Republicans shut down the government. This was even too much spin for CNN who reminded these lawmakers on the air that there are 51 Republican Senators when 60 votes are needed.

This massive fumble comes on top of other Democrat failures during the first year of President Trump’s first term, most notably being Tax Reform. Democrats claimed that this was simply a handout to the rich at the expense of the working class. They claimed average Americans would see no benefit from these tax cuts, however the opposite has been true.

A number of large businesses handed out bonuses and raised employee wages. Most Americans will be seeing larger paychecks as soon as February when the new tax brackets are in place. Private utilities are lowering their rates as the cost of taxes are built into consumer rates. Chrysler is bringing jobs back to the desperate Motor City in Michigan. Apple is bringing back $252 billion in cash it had overseas to invest in America. Almost all Americans have already seen or will see a benefit to this, whether or not they’d like to admit it.

And every single Democrat voted against this.

Couple this with the Democrats not having the momentum they thought they had in the Special Elections which they called a Referendum on Trump. These seats were largely picked up by Republicans.

The world has also not ended following the repeal of Net Neutrality. No service providers are charging you extra for access to certain sites, and in fact Comcast has started to roll out speed increases across their territory at no additional cost.

The Democrats shutting down the government for absolutely no reason will compound their other failures. These will not be forgotten as the Mid Terms quickly approach.