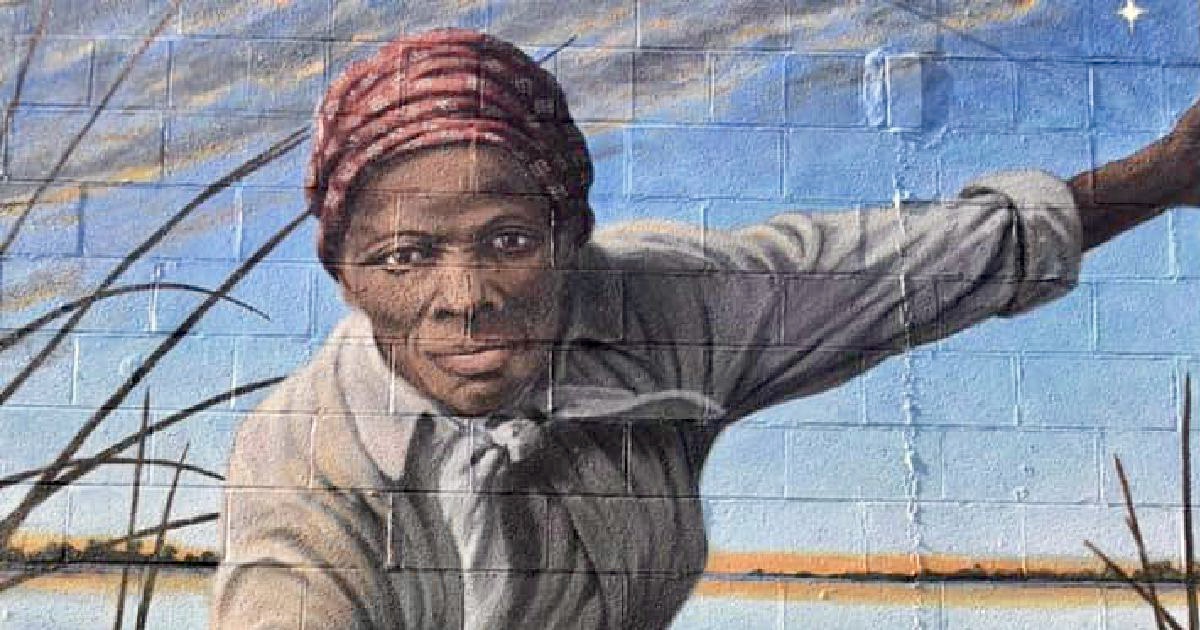 A freshly painted mural of Underground Railroad icon Harriet Tubman extending her hand is provoking viewers to reach out and grasp it.

A young African-American girl touching Tubman’s open hand was captured in a viralphoto on Instagram, and it communicated everything the artist said he hoped for.

Lovie meets Harriet ❤ This picture was taken in downtown Cambridge, MD on Cannery Way. This mural is on the back wall of the Harriet Tubman Museum located at 424 Race Street. The incredibly talented artist is Mr. Michael Rosato. #HarrietTubman #HarrietTubmanMural #MichaelRosato #LovieMeetsHarriet #MaidenMaryland #DowntownCambridge #CambridgeMD

“Wouldn’t it be nice if I exposed the [Harriet Tubman Museum], I exposed the possibility of what’s inside, the information, the knowledge, the stories,” Michael Rosato, the painter of the mural, said in an interview with The Daily Signal.

Commissioned by the Dorchester Center for the Arts, Rosato, 59, was challenged to sum up Tubman’s legacy in one image for the Harriet Tubman Museum and Educational Center in Cambridge, Maryland. He finished the two-month project May 20 on one of the museum’s exterior walls.

Tubman was a 19th-century abolitionist who fled from a plantation in Cambridge and settled in Philadelphia. She returned to Maryland the following year to help her family escape from slavery and continued returning to help guide hundreds of slaves to freedom as the “conductor” of the Underground Railroad, a network of secret routes and safe houses planted by abolitionists to aid runaway slaves into the North and Canada.

Rosato said the primary challenge in creating the mural was figuring out what was the most poignant part of Tubman’s legacy. He decided to paint Tubman extending her hand to help a slave into freedom.

“I wanted to capture that moment, that moment when Harriet Tubman reaches out to the enslaved person and offers that hand and says, ‘Let’s go. Take my hand,’” Rosato told The Daily Signal. “I thought it would be very engaging to the present-day viewer to put themselves in that moment.”

Rosato said he thought it was critical to accurately depict Tubman’s countenance.

“I wanted it to be approachable. I wanted her face to have an expression that wouldn’t scare away a viewer of a young age,” Rosato said, noting the balance he had to strike between the weariness that came from pursuing her heroic endeavor and the youthful qualities of a woman in her 30s.

“A 30-year-old wouldn’t have all those lines yet; she would still be in that mood of ‘I’m going to save the world,’”  Rosato said.

Since Tubman had a stern look, Rosato said, he didn’t want to take away that sternness because he felt she earned it:

Harriet Tubman, at that point, still had it incredibly rough, so there’s still a little bit of a tightness … but the face kind of conveys an approachable quality to it. Something that you would have to have if you’re about to take the hand or offer your hand to somebody who had been enslaved for however long, and has taken the risk to run away from the bonds of their slavery. And suddenly they’re going to put their hands in the life of that woman. The body posture had to evoke a strength.

Rosato said he’s witnessed both 80-year-old grandmothers and teenagers who were compelled to touch Tubman’s hand in the mural.

“It really has provoked a lot of emotion and a lot of really incredibly positive feedback,” he said.

This is the second painting of Tubman by Rosato, a resident of Church Creek, Maryland, who has been painting for 25 years. His first painting of her, completed on July 20, 2017, is located at the intersection of  U.S. Route 50 and Maryland Avenue in Cambridge.

Joshua Nelson, a journalist and filmmaker, is a graduate of the Young Leaders Program at The Heritage Foundation