As someone who lives in Upstate New York, I have been especially interested in Governor Cuomo’s response to the health crisis affecting our state. During the beginning of the pandemic, I found the governor’s press conferences sober and responsible. My appreciation didn’t rise to the level of adulation, but it did represent a break from my many criticisms of his administration.

Then reality set in. Gov. Cuomo’s press conferences and T.V. appearances slowly transformed into acts of obfuscation, blame-shifting and belligerence. Things started to go downhill after the governor agreed to budget legislation that imposed his political preferences on millions of New Yorkers during a pandemic. The agreement included new mandates on businesses, a statutory ban on fracking and styrofoam (yes, styrofoam), expanded borrowing, and the authority to run roughshod over communities by mandating construction of expensive green energy projects.

If Cuomo and the state Legislature’s malfeasance wasn’t bad enough, the last few days have done much to reveal the governor’s absolute cluelessness and callous attitude toward those who have the audacity to question his decisions. In responding to a question about protestors upset with a blanket shutdown on “non-essential” businesses and how economic hardship could lead to death, the governor said this:

As Jackie Deason of the Texas Public Policy Foundation recently pointed out, at a certain point, higher unemployment levels lead to an increase in suicides. This is one reason why the debate over reopening the economy versus saving lives is a false choice. People need to work to live. It’s startling Cuomo doesn’t understand this basic fact of life.

The governor’s failure to comprehend the consequences of halting everyday life is troubling. It’s an indication he isn’t accounting for all the harm caused by the shutdowns, making it more likely he’ll extend them far past the point of being beneficial. I happen to think we’ve passed this point already and businesses should be allowed to reopen safely. Nonetheless, Cuomo’s misguided notions about the unintended consequences of shutdowns are dangerous.

It gets worse. In a condescending and dismissive tone, the governor’s solution for people dealing with unemployment was to tell them to find work at an “essential job,” bizarrely claiming they “won’t kill anyone,” as if essential workers and the people they serve are somehow immune to the coronavirus. This is a noticeable change in tone from the same governor who said New Yorkers were in this fight together.

And if these examples weren’t enough evidence of his callousness, Cuomo recently responded to criticisms of the state’s failure to provide PPE to nursing homes by claiming its not his administration’s job to provide such equipment. Keep in mind, his response comes in the midst of a state directive ordering nursing homes to readmit patients from hospitals even if they had previously tested positive for the coronavirus. According to the Wall Street Journal, the March 25 directive was meant to increase hospital capacity to deal with the pandemic.

The lack of PPE, the directive and the state’s denial of requests to transfer nursing home residents to the Javits Center and the Comfort hospital ship put seniors and the people who serve them in danger.

Gov. Cuomo has now called for an investigation into nursing home practices given deaths at the facilities account for more than a fifth of the total in New York. But what he really needs to do is look in the mirror. He failed nursing home residents and their families.

He has also failed millions of New Yorkers by refusing to budge on his policy of using the arbitrary “essential” vs. “non-essential” designations to determine if a business can operate, further compounding New York’s economic struggles. The governor is lost. He has not set any measurable goals for ending the shutdown. Instead, he continues to tell New Yorkers they need to wait for more testing before reopening.

But wait-and-see isn’t a strategy. It is a death sentence for people out of work, stuck in their homes with abusive partners and people scared of going to the hospital for “elective” surgeries or routine checkups.

The period of adulation is over. The governor needs to acknowledge his failures and give New Yorkers a real plan to get their lives back. If he can’t lead, then he needs to get out of the way. 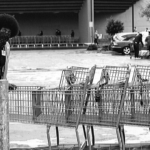 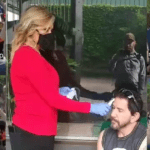