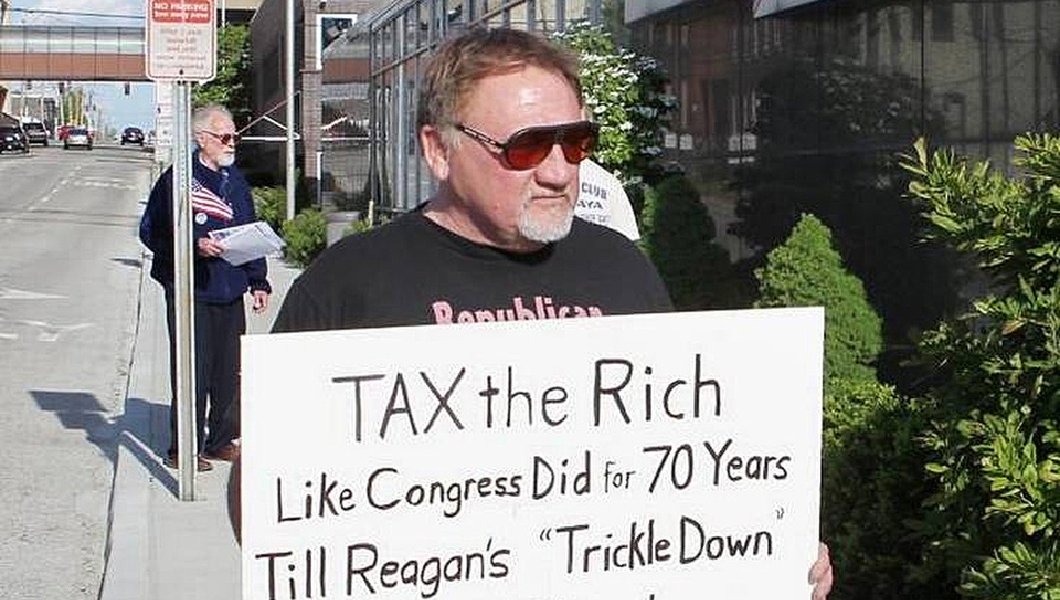 People’s real hopes and dreams can be distorted and misdirected and packaged until you’re not sure what you really want or what you even really need. – Tracy Chapman

It’s been revealed (allegedly) that 66 year old James T. Hodgkinson is the man who shot House Majority Whip Steve Scalise, and four others at softball practice in Alexandria Virginia.

His Facebook is (for now) publicly available. And it’s getting ugly.

Safe to say the internet has lived up to its reputation as the place to go when you want to be as ugly an American as possible. “Your a disgusting person,” “Better investigate all his friends, too…,” “MAGA!!! President Trump 100%,” “Rot in hell you Sanders Supporter,” “You’re gonna be big bubba’s bitch—-bitch!!!,” and “Screwball Communist,” are a few of the more professionally acceptable comments.

What it must be like to want to pull the switch.

His Facebook reveals he’s a steadfast Bernie Sanders supporter, at one point sharing a petition to investigate Hillary Clinton, and countless posts about Sanders’ policies, and a profile picture about socialism. 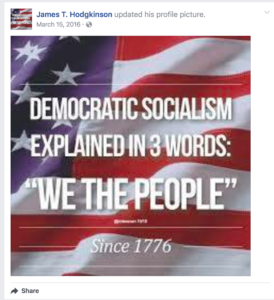 It appears his home-inspection business went under.

He wanted President Donald Trump ‘destroyed’ according to one post.

But for all intents and purposes Hodgkinson’s Facebook is no weirder or more aggressive than any other.

You’ve made posts like the ones he did. I have.

And that’s the scary thing. There’s nothing to signal what this man was capable of. Strange how our personal demons can hide out so well in our public lives.

But the normalcy of his Facebook doesn’t matter. The content will. What you’ll read or are reading – perhaps gleefully, is how Hodgkinson is a leftist democratic socialist. A steadfast Bernie supporter; smashing the narrative that mass shooters in this country are racist right-wing nut jobs who love their country, their guns, and hate everyone who doesn’t look like them. You throw in the Seattle stabber who wanted Bernie Sanders to be president, Antifa Bike-lock puncher Eric Clanton, and there’s quite a bit of…ammunition to challenge what we think about violence and terrorism.

To which I say, with all due respect, fuck narratives. Shooters are conservatives, they are liberals, they are islamic extremists. They are anti-cop. They are racist. They are anyone.

The only thing they are is sick people in desperate need of help they never got.

To say a person’s politics are the cause of why someone pulled the trigger is as ludicrous as saying “Doom” and Marilyn Manson were the causes for the Columbine Massacre. It’s like saying a talking dog is what caused the Son of Sam killings.

Pressure is a cause. Mental disorders are a cause. A feeling of isolation and hopelessness is a cause. Politics, games, people, enemies? These are reasons. Triggers. Things a sick mind can latch onto as a reason for taking drastic action in the face of a life, or world, that hasn’t turned out as expected.

If this guy lost his Home Inspection business, he was possibly hurting for money and could have blamed the government or republicans for some regulation that ‘screwed’ him. Bernie Sanders runs on the platform of sticking it to the rich and powerful. All of this man’s hopes were in this campaign. Socialism means a man like him could ultimately be bailed out, possibly.

Then the democrats screwed over Bernie Sanders. Then this country elected a man who represents big business, corporate interests, and is everything Bernie is not.

Something bends inside Hodgkinson. “I’ll show them!” becomes an increasingly common thought. Everything wrong in his life is the fault of the people in charge who made his life that way. Soon, what was bending snaps, and the most logical is taking out as many of the bastards as he can. Not only will he “show them!”, all his problems will be solved, too – he’d be dead.

Replace politics with bullying, with permissive culture, with getting fired, with a xenophobic fear of American Life or Islamic Culture; the reasons are interchangeable. Causes not so much.

If consider all of the wrong and rash choices you’ve made in your life, it’s not that hard to follow this logic. His life, his brain, are the cause; they’re always the cause. Politics, in this case, are the reason. I’m sure I got the details wrong, but the story above is near universal.

Replace politics with not getting laid, replace it with whatever you want.

But this is a more nuanced point then I think we’re going to get this time around. Representative Chris Collins of New York said this shooting was due to the rhetoric of the democrats. “This rhetoric has been outrageous…the finger-pointing, just the tone and the angst and the anger directed at Donald Trump, his supporters.” Did he forget his damnation of the politicizing of another shooting? Gosh, Mr. Collins, how does a political victory marinated in blood taste?

But they’re already prone, you see. They’ll find something else, and we need to find them, and ‘fix’ them before they do. How we do that I have no clue.

Him being a democrat or a socialist isn’t a victory for anyone, and the fact it’s being treated like that is a damnation of us all.