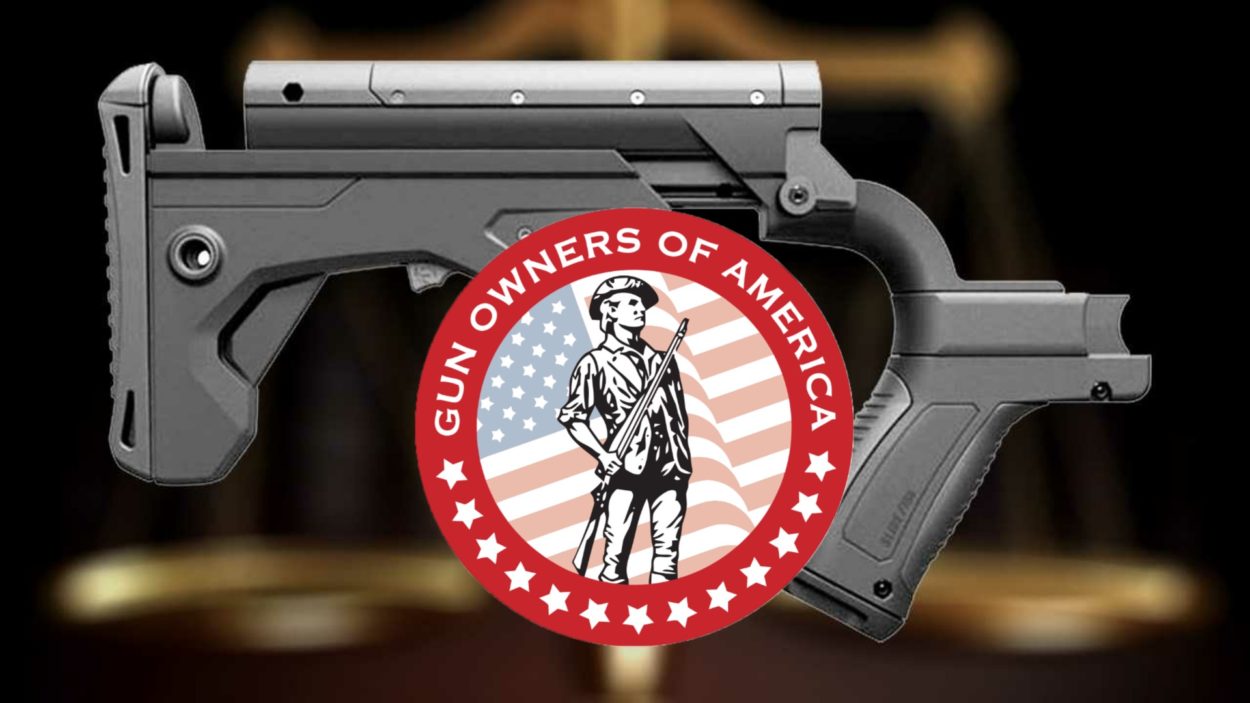 Gun Owners of America filed a restraining order to block the release of the personal information of people who turned in their bump stocks to a buyback program in Washington State.

A Freedom of Information Request was filed in Washington State requesting the names and addresses of everyone who had participated in the buyback program who was mailed a check for $150.

People who purchased these items when they were legal utilized the buyback as a way of receiving some form of reimbursement so it wasn’t a total loss. These were the people who complied with the ban.

Anti-gunners have given gun owners a good reason not to comply now. If you do, they’ll Dox you.

The Freedom of Information request was filed by someone using the fictitious alias Yati Arguna. In the filing, this person calling themselves Arguna wrote on the form:

“This is a public records request.

I seek to inspect any and all completed WSP bump stock buy back forms.

I seek to obtain the names and addresses where checks will be mailed for the bump stock buy back program.

My intent is to create a searchable database and map of Washington state to overlay the locations.

The public has a right to know that these dangerous devices may have been in neighborhoods that they live in and who has previously owned such devices.”

The Washington State Patrol mailed letters to participants informing them of the request. They stated that they were obligated to complete the request unless legal action were to be taken to block it, even though the petitioner’s name is fictitious.

Gun Owners of America filed the temporary restraining order to begin this process.

The point of the request isn’t about the bump stocks, but what they are an accessory for. The petitioner is aiming to create a map and release the names and addresses of people who almost certainly own a semi-automatic rifle.

In other words, they are trying to create a map of people who have valuables in their homes. They’re creating a map of homes to case and burglarize while the homeowner is away. This a wink and a nod to home invasions and adding more stolen weapons to the street. To them, this is preferable to someone legally owning a firearm.

Couple this with the new Washington State Law that potentially makes gun owners liable if their guns are stolen and used in a crime.

It’s no wonder Yati Arguna is operating under a made up alias. This individual is actively trying to put gun owners in harm’s way. That’s not a smart game to play.