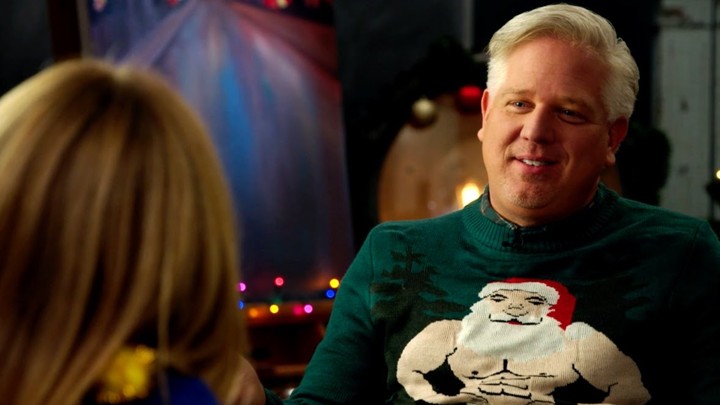 As libertarians, we often talk about the inefficiency of government welfare and how private charity is not only more efficient – but morally superior. With this being the Christmas season and the “season of giving,” I feel it is a great time to talk about the topic.

This past Saturday, nationally syndicated political commentator Glenn Beck demonstrated to our country the beauty of private charity when he and his family walked into a Walmart in North Richland Hills, Texas and spent $27,000 paying off people’s layaways for the holidays. Glenn did this while streaming on Facebook Live and then issued a challenge to Mark Levin, Steven Crowder, Rush Limbaugh, Sean Hannity, and other conservative commentators to do the same.

Beck cited that he and his family were inspired to do this by Tyler Perry, who paid off $434,000 for 1,500 people near Atlanta, Georiga. Perry had intended to do all of this anonymously, but due to circumstances beyond his control, the news got out. As a consequence, Perry decided to announce on Twitter. This, my dear reader, is an excellent example of our ideas put into practice.

I was trying to do this anonymously but oh well!!! pic.twitter.com/T0dhRHyU66

We often complain about the evils of the welfare state, but if we want the government to do less, we have to do more. I believe we can guys because in America we are different. We are a peculiar people compared to the rest of the world because we not only have each other’s back (look at what happens every time a natural disaster strikes for example), but we are also an incredible exporter of charitable giving. There’s something different about Americans, and I feel genuinely in my heart that if we get the government out of the way, we not only can but will help those in need more efficiently. Instead the government “robbing collective Peter to pay collective Paul,” we can help those in need by giving them a hand up instead of a handout. No, I am not saying that everyone who gets some sort of welfare is lazy or immoral, but the consequences of the Welfare State are very much absent of moral credibility. Slavery was supposed to have been made illegal in America with the passage of the thirteenth amendment. However, when you think about it, a welfare state is a form of modern-day slavery because those who receive it are tied to the government and made dependent upon it to sustain them. It can even be difficult for those who want to find a job to better themselves if they receive so-called “government help,” when they are afraid to go out and find work because if an individual does they may lose what they are getting per month from taxpayers. So, in essence, the government rewards unproductiveness. I do not say this because I despise those who have fallen on hard times or because I have a cold heart, on the contrary I say this, because it angers me to see people who want to better themselves being made subject to government and having their individual liberty stolen from them in the name of government aid.

As former President Ronald Reagan said, “The nine most terrifying words in the English language are, ‘I’m from the government and I’m here to help.” I will gladly voluntarily give my wealth and time to help those who need it, but I cannot stand for the government taking the wealth of individuals and then giving it to other individuals creating a never-ending cycle of dependency and then having the gall to call that help! I think I can speak for many of my fellow Americans when I tell the government to get off our backs and leave us the hell alone! We can take care of our own, and we will take care of our people, and we don’t need your help! I want to thank Tyler Perry, Glenn Beck, and Kid Rock, for their sincere charitable actions and for showing the country, as well as the world, that private charity is always the way to go – and of course, for reminding us of the reason for the Christmas season.