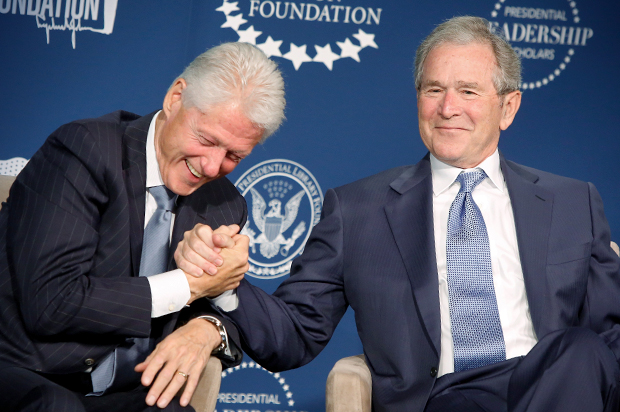 The former presidents spoke on issues related to their time in the White House, with Clinton warning future generations about the double edge sword of technology in the age of digital information. The discussion developed a personal tone when both were asked about their lives outside the White House.

Clinton smiled and said, “No but she can sing it in Spanish.”

Bush was asked why he has a friendship with Clinton, prompting Bush to say he’s “a brother with a different mother.”

This isn’t the first time the Republican has used that term to describe Clinton. In 2014, he called Clinton a “brother from another mother” on Instagram.