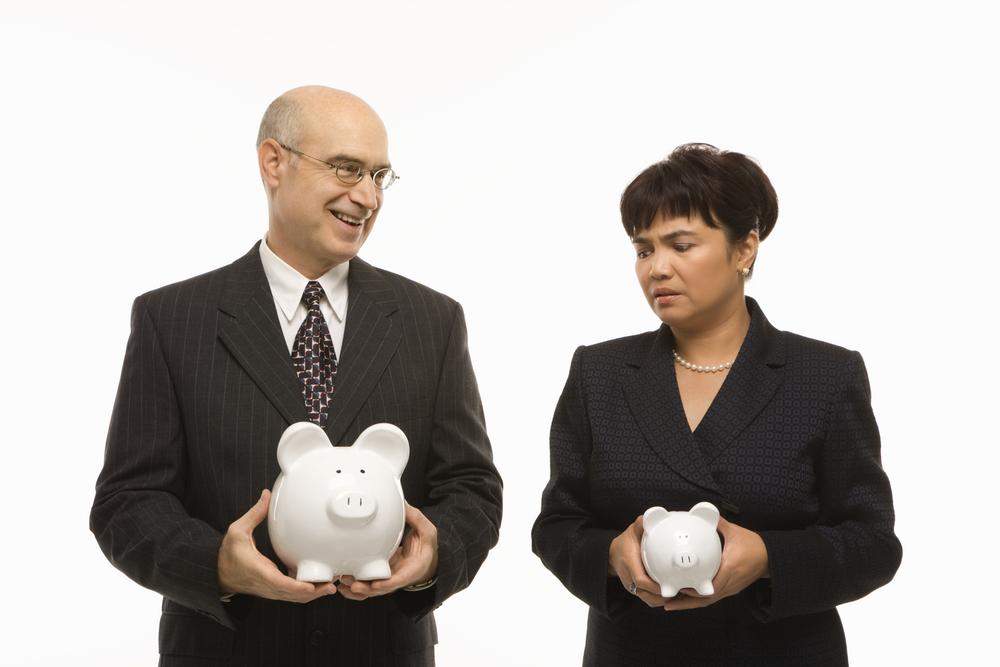 Claims that the gender pay gap effectively means that women are working for free from Nov. 9 are based on manipulated statistics and encourage a “victimhood mentality.”

The Fawcett Society, a women’s rights group in the United Kingdom, marked this year’s equal pay day by claiming there was a 14.2 percent overall pay gap between men and women working full time — meaning women will be working the rest of the year for free.

The pressure group asked on its blog “If somebody asked you to do your job for free from today until the end of the year, would you say yes?  If you are a woman, your answer doesn’t matter. As of today, thanks to the gender pay gap, you are effectively working for free.”

The Fawcett Society arrived at the 14.2 percent figure by using the average full-time hourly gender pay gap. But these figures are being challenged as misleading.

The difference between the Fawcett Society’s numbers and the ONS’s lies in the fact that the ONS uses the median, not the mean number, which gives a clearer picture of the earnings of both sexes because it is not skewed by the extremes at either end of the wage spectrum.

But the problem with Fawcett Society’s alleged wage gap goes even deeper. Using broad brush averages fails to take account of the different career paths men and women pursue. Men are more likely to occupy higher paying jobs that require long hours, while women are on average more likely to take on roles with more flexible hours but lower pay.

“Calculating the mean, as the Fawcett Society did, ensures that you are comparing jobs that are not like-for-like, and almost certainly guarantees a worse pay-gap figure will be produced,” writes Andrews.

This analysis gained support in August when a Press Association (PA) report found that from 2006 to 2013 women aged between 22 and 29 earned roughly $1,700 more than their male counterparts. But the wage differential between men and women went into reverse when people moved into their 30s.

Speaking to the Daily Caller News Foundation after the report was released, Andrews said women’s median salary was actually higher than men’s up until the age of 40. “How is this possible? The ONS calculates hourly wages rather than yearly salaries to control for the number of hours worked.”

Andrews added that the PA numbers “calculate yearly, take-home income, which is more likely to prove that men work more hours than it is to prove the workplace is inherently sexist.”

Writing in Forbes, senior ASI fellow Tim Worstall delivered another blow to the argument to sexism explanation of the gender wage gap. “The correlation is with average age at the birth of the first child: around 30 now for U.K. women. And that’s the cause of the overall pay gap. Mothers tend to get paid less than non-mothers,” writes Worstall.

This is not just true in the U.K. however. A paper published in the American Economic Journal found that taking 18 months off work was associated with a 29 percent dip in earnings for lawyers and PhDs who were in the middle of their career. The figure was even higher for MBAs at 41 percent.

Speaking to The DCNF, Head of Economic Research at the Center for Policy Studies Mahoney said “this suggeststhat there is a motherhood penalty faced by some women, and the government can certainly look at ways of mitigating this in areas such as childcare reform.”

Libertarian Analysis of the GOP Debate

Prof: Statistics Are ‘NOT Analytical’ And Wage Gap Is ‘Very Real’

Top Economist Breaks Down the Truth About the Gender Wage Gap