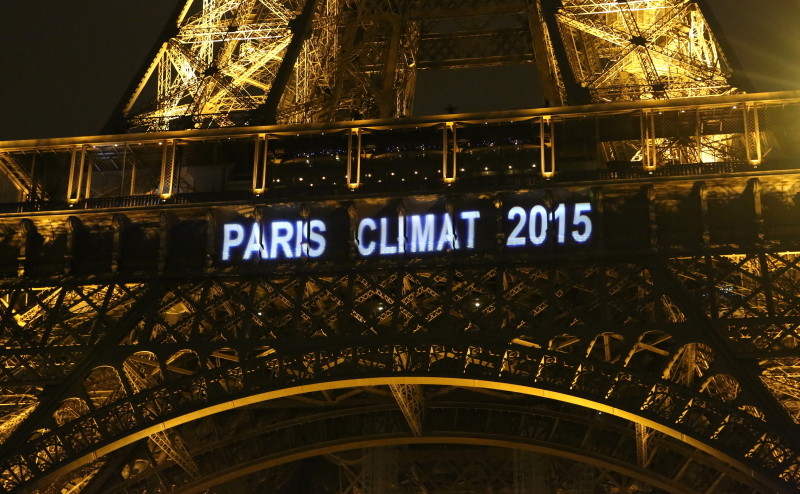 Insatiably angry climate activists took to the streets of Paris near the Arc de Triomphe to decry the finished climate deal as a mass killer of millions of people.

“The Paris Agreement is a death sentence for many people,” former climate negotiator for Bolivia, Pablo Solón, told Democracy Now!’s Amy Goodman Monday. “A world with temperature increases more than 3 degrees Celsius is a world where not everyone will survive,” he added. The agreement was signed by almost 200 countries Saturday.

Solón also told Goodman he made his way to the protests because he wants his children to live. “I think that a world with more than 3 degrees Celsius as what is allowed in the Paris Agreement will not let all the children of the world live,” he added.

In the end, Solón said, “We will have to choose which children are going to live. And, of course, the children of developing countries, of the poor, are going to be the ones that will not be able to survive.”

Solón, who has a history of making apocalyptic remarks about climate change, is the former climate negotiator for Bolivia and served as the country’s U.N. Ambassador.

In 2010, he condemned the 2009 Copenhagen Accords, which agreed to mobilize $100 billion a year to help developing countries go green, calling them a form of “ecocide” that could cost millions of lives because they relegate Earth to temperature increases of up to 4 degrees Celsius (7.2 F).

The deal will adversely affect Bolivia in terms of its glaciers, he responded, when asked what the deal will do to Bolivia.

“If we lose our glaciers, we lose the drinking water for the people, we lose water for every culture, for biodiversity,” he continued, adding that “it affects Bolivia because we are going to see more and more natural disasters, like the phenomenal El Niño that is now coming with huge floods that are going to devastate parts of the country—and not only in Bolivia, in all the Americas.”

What we are seeing in Paris, he concluded, is a joke. “That agreement is really a joke, a very bad joke for humanity and for nature.”