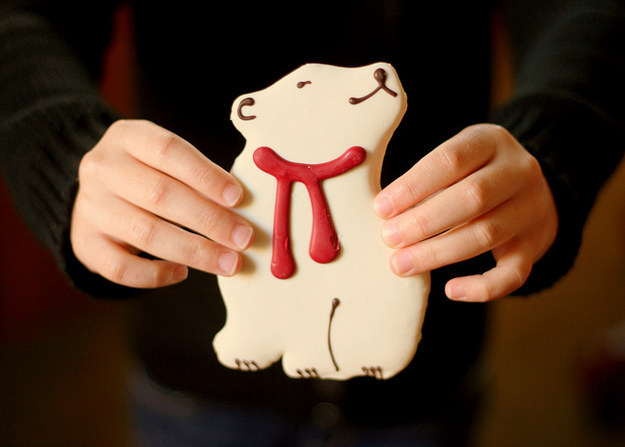 If you answered a polar bear wearing a scarf– congratulations, you’re normal.

Some see something much more sinister. Some believe this cookie is a polar bear with its throat slit. Because that makes sense.

It all started with an idiotic Imgur post of this picture and caption:

It wasn’t long before the narrative was crafted: Starbucks, who obviously hates Christmas because they didn’t print snow flakes on their cups this year, put out these cookies depicting bears with their throats slit to offend those who love Christmas. A bear wearing a scarf?? Hardly! More like the vicious murder of polar bear pastries in an obvious affront to God.

I know, it sounds ridiculous. But stupidity knows no bounds…

Starbucks is getting dark this Christmas. Polar bears look like they got Catelyn Stark’d. #WarOnChristmas pic.twitter.com/gqGm1bGMv1

Ok so Starbucks gets rid of their Christmas cups then they slit polar bear throats on their cookies? pic.twitter.com/L9EhaLq1lc

Of course the kicker is that these cookie pictures are from 2010. Yup they’re 5 years old. This year Starbucks offers a snowman, and no, his throat isn’t slit.