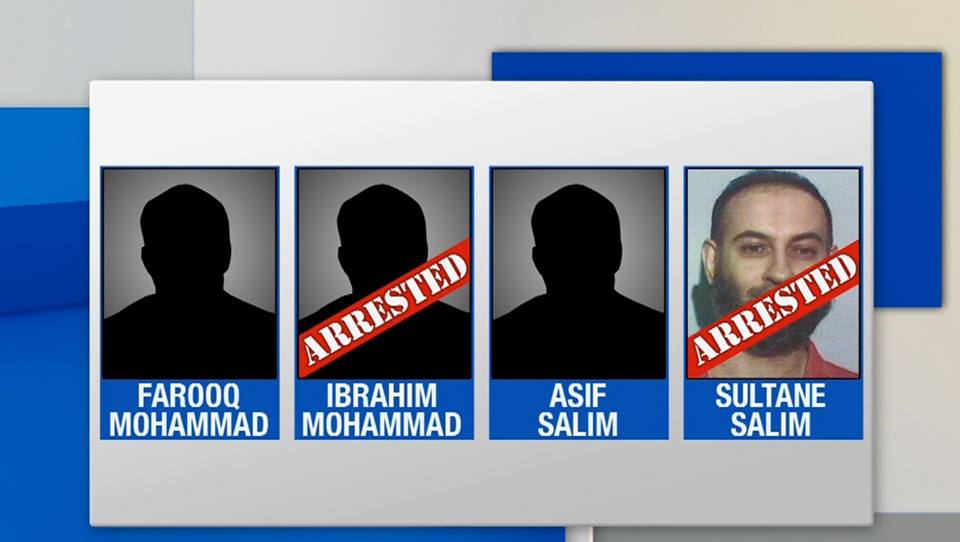 Four Ohio men have been charged with conspiring to travel to Yemen to give thousands of dollars to Anwar Al-Awlaki and his anti-U.S. terrorist efforts. Al-Awlaki is a top al-Qaida leader in the Arabian Peninsula who has since been killed by a U.S. drone strike.

“In today’s world, Kansas is not far removed from the battlefields of the war on terror,” U.S. Attorney Barry Grissom, whose district in Kansas is helping prosecute the case, said in a statement. “We will do everything in our power to prevent funding and material support from finding its way from the heart of America to terrorists in foreign lands.”

The men allegedly co-conspired to financially support jihad through overseas terrorists. In 2009, Farooq Mohammad allegedly traveled to Yemen to deliver $22,000 to Al-Awlaki.

“The charges in this case outline a plan to send thousands of dollars to a known terrorist, a plan which came to fruition shortly before one of the most notorious attempted attacks in recent memory – an attack claimed by that same terrorist,” U.S. Attorney Steven Dettelbach said in a statement.  “This indictment is a testament to the perseverance of those who stand watch over our nation and is a clear message to those who support terrorism – we will not forget and you will face justice.”

Recently, most of the recruits busted by the Department of Justice have been attempting to help the Islamic State, not al-Qaida. At the end of October, a New Jersey man admitted to trying to help ISIS and faces up to 15 years in prison.