Lack of US Leadership in Syria is Devastating!

The ongoing plight of Syrians is catastrophic. The bombs are relentless, with no sign of a humanitarian pause coming anytime soon. The State Department has even suspended bilateral talks with Russia on implementing a sustaining ceasefire.

According to John Kirby, Spokesman for the State Department, “Russia failed to live up to its own commitments – including its obligations under international humanitarian law and UNSCR 2254 – and was also either unwilling or unable to ensure Syrian regime adherence to the arrangements to which Moscow agreed.”

The U.S will also withdraw its personnel from a Joint Implementation Center, intended for the two countries. Only the de-conflict counter-terrorism communication channel will remain in order to ensure safety of all military operations against Daesh.

Russia has expressed regret over this, but has stated that “the US will be responsible for any new terror attacks in Syria, as by taking no action against Al-Nusra terrorists it shows it is ready to make a deal with the devil,” according to the Russian Foreign Ministry.

It’s fair to say that both countries [U.S and Russia] intend to keep their position, while Syrians remain the true victims.

The question everyone wants to know: How did we get here?

Back in 2013, when President Obama drew a fictitious red line on Syria, the nation was sure that we were heading back into another Middle East conflict. The President reversed course on unilateral military action and the nation was relieved.

Looking back, some are questioning this decision to engage in hybrid warfare rather than direct confrontation. Some might say that the decision to overthrow Libya’s Gaddafi just left a foul taste in this administration’s foreign policy mishaps.

Recently, Secretary of State John Kerry expressed frustration in U.S foreign policy in an audio recording. Kerry states “he lost the argument for the use of force in Syria,” according to the audio obtained by CNN.

Perhaps the President should attend a simple undergraduate American Foreign Policy course, where he could take some lessons from the Vietnam War. Initially, the U.S supported the South Vietnamese’s government by sending military advisors, which inevitably then escalated to full involvement after the 1964 Gulf of Tonkin incident.

The general population of the U.S may be wary of conflict and acting as international police, but there’s a good reason the U.S became globally engaged after World War II, and later became the acting hegemony.

The Obama administration has put serious doubt in the U.S ability to continue this status quo. From Syria to Ukraine, the President has naively used soft diplomacy with foreign countries, allowing for the possibility of more conflicts to escalate beyond return.

Russia’s President Vladimir Putin is a clear example that you don’t need to display force in order to project power. However, Russia’s current President is not one to be admired by any means.

It’s also understandable for a president to take the non-foreign intervention approach or the extreme version, which is “isolationism.” Nothing is wrong with believing in that as well, but as we can see, when a conflict breaks out, Americans have an instinctual habit of wanting to get involved.

However, there’s a middle ground on every policy and it’s clear that both Democrats and Republicans think alike. Both support foreign involvement, but may differ on how the U.S should react. If Americans are tired of their taxes going towards foreign involvement, then maybe it’s time to vote outside the establishment. 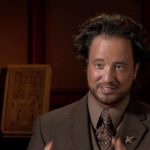