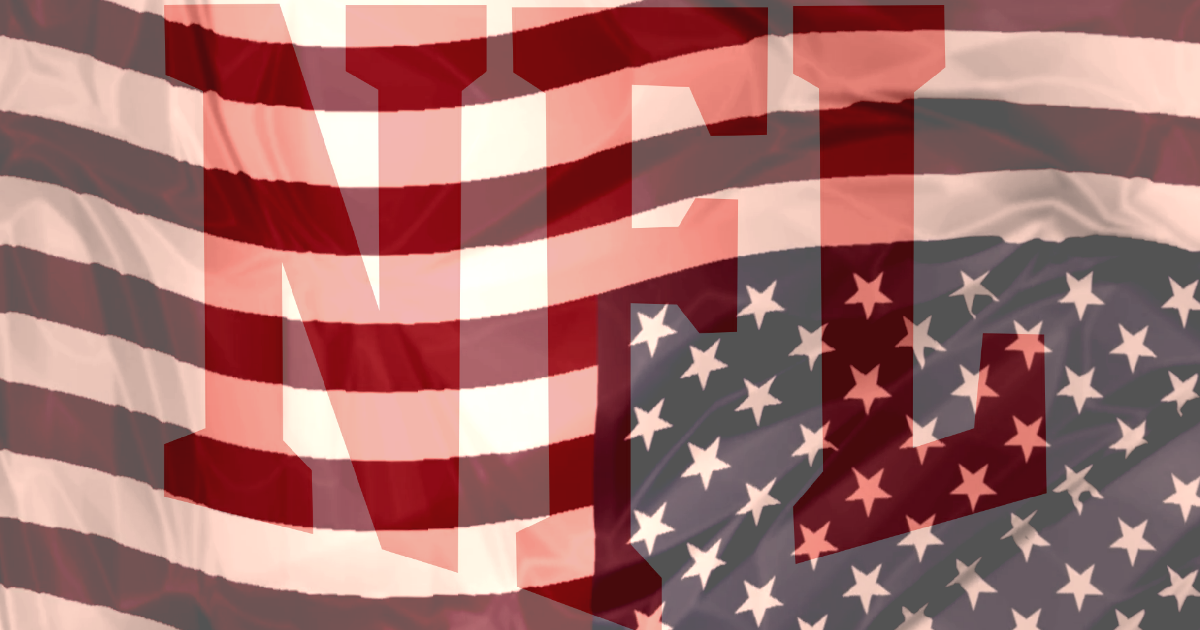 The last week was a great reminder that attacks on freedom come from the right just as much as they do from the left. The particular issue at hand is that of the National Football League, which has chosen to fine, or even ban, teams whose players peacefully protest by kneeling during the national anthem.

Colin Kaepernick was the first to kneel, and last season there was more press on the players who followed suit than there was on the NFL’s results themselves. Kaepernick began his protest by sitting on the sidelines and not standing for the anthem. After someone reached out to him, he began to kneel instead to be more respectful. It was after he began to kneel that others joined him in his protest. What was he protesting? Violence by the state against unarmed civilians, specifically the widely publicized instances of police violence against black men.

The NFL faced massive pressure from its base to fine or ban players who knelt. After Kaepernick’s protest received press, outrage stirred. President Donald Trump was, and still is, highly critical of the players.

But the dialogue from the right was disingenuous at best. Most claimed they were against Kaepernick’s actions because he was “disrespecting the flag” and, by extension, what the flag stood for. Of course, the flag is a symbol, and means different things to different people, but consensus seemed to form on the right that Kaepernick was being disrespectful to the military by kneeling. Right-wingers flooded social media with cries of “traitor” because Kaepernick and others would dare to protest during the anthem.

The flag was never the problem, though. By kneeling, Kaepernick was attempting to show a degree of respect for the flag while still making it clear that he took issue with the actions of the American regime.

By changing the subject to the flag, the right-wingers chose to focus on “patriotism” and patriotic ritual rather than engaging with the issue that Kaepernick was actually protesting. If players chose to kneel in remembrance of fallen soldiers or fallen law enforcement officers, the right would applaud them. Their “patriotism” is baseless.

That sort of patriotism isn’t comprehensive patriotism in the first place. It’s un-American. America was founded on the principles found in the Declaration of Independence and the Constitution. Our nation was founded on the defense of fundamental human rights. Every citizen of America should have equal protection of our government. There are some among us who feel they haven’t received that protection, and the African-American community particularly has felt singled out. Kaepernick was protesting to begin a dialogue on the subject and raise awareness.

The NFL chose to end that dialogue.

Let me be clear. America was founded on the freedom of speech and of association. According to those principles, the government cannot force organizations to associate with their employees in any specific way. In other words, a business can set its own boundaries of behavior for its employees. The NFL was acting within its liberty in its choice.

The problem is that the NFL was facing market pressure based on a lie. That market pressure was from people who believed that Kaepernick was being un-American, who disagreed with what he was protesting about. Those people did not root their “patriotism” in a real concern for the American principles.

Kaepernick is not a traitor to America for refusing to stand during a ritual. Those rituals are empty. In other nations where identity isn’t in principles but in ethnicity or ritual itself, that might make sense. Here in America, though, our identity, from the beginning, is in principles.

While the government should not force the NFL to reverse its decision, that decision was based on a lie, based on faux-patriotism. Forcing someone to stand during the anthem is un-American. One should stand from a dedication to the principles America was founded on. Choosing to peacefully protest by kneeling because we haven’t lived up to those principles is the epitome of American identity.

Let’s be honest about the NFL’s decision from now on. Let us not pretend that America is any more patriotic because some football players have to stand now or face fines for their team. The right wing may have “won” – but it is an empty, meaningless victory, and a defeat for real American principles.

Fourth Man To Walk On The Moon Dies At 86