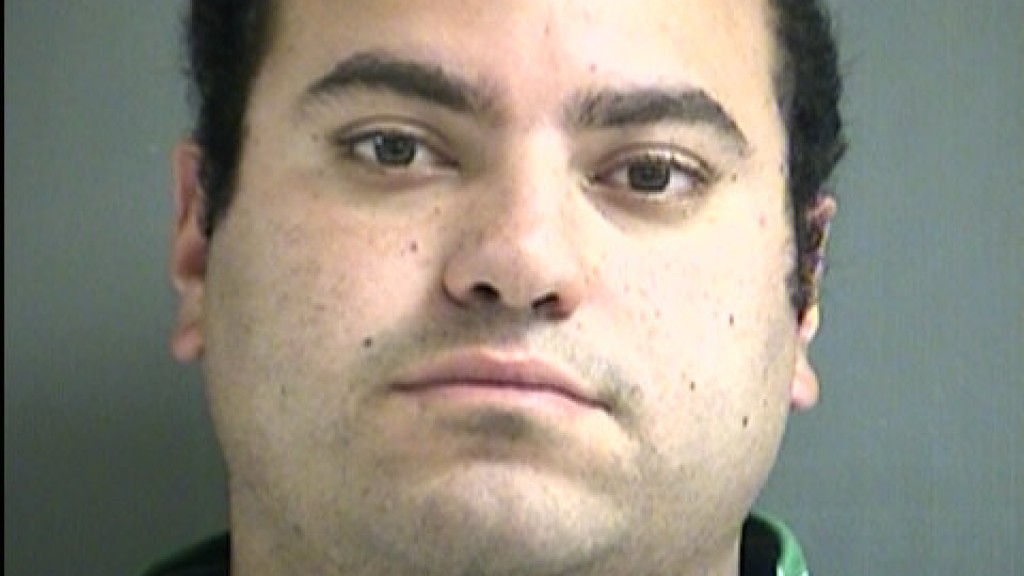 The saga of The Piggyback Bandit has been one of the strangest ongoing stories of the last decade, and it hasn’t ended yet. Sherwin Shayegan received this nickname after being dubbed as such by an article in the Associated Press, republished by a puzzled ESPN.

He most recently surfaced again in New Jersey after allegedly massaging a 14 year old boy without consent at Newark Liberty Airport. He reportedly then handed the minor a note with an enclosed ten dollar bill that said “This money is for letting me give you a massage. Thank you.” The note also reportedly contained other lewd content, though authorities have not disclosed those details.

Media stories can be traced to as early as 2012, which chronicled incidents as early as 2008. Sherwin became an odd story as he traveled from state to state asking students for piggyback rides. He’s also now been banned from high school sporting events in several states.

I can take you back to the year 2000 as I attended high school with Sherwin. It’s been fun for alumni to push pins in a map of where news reports have surfaced, and throw darts at the map to guess where he’ll strike next. It’s been amusing for some as Sherwin has not yet physically injured anybody, and the behavior is simply odd. But I was an unlucky recipient of earlier, and even more disturbing behavior. He could have seriously injured me, or even worse had there been no intervention.

Sherwin was a graduate of Inglemoor Highschool from Kenmore, WA in the Class of 2001. I was the class of 2002. He was a Learning Center student where his entire high school education took place, save for Physical Education. It was PE where I interacted with Sherwin.

I was never much of a runner. I got side-aches easily. Luckily for me, our instructor was also okay with speed walking. Sherwin wasn’t much of a runner either. So we generally found ourselves speed walking side by side on inside of the track while folks ran by us on the outside. We walked and talked every run day.

The year 2000 was Sherwin’s Junior year of high school, and my Sophomore year. Sherwin appeared completely harmless to me, and that’s the way it remained for the year 2000. Being a Junior, he was interested in buying a car and wanted my advice. I had yet to even take Driver’s Ed, but I told him what I knew. I let him know that a vehicle rental agency would be a decent place to buy a car when they sold, as they generally take good mechanical care of their rentals. My mom had purchased a Ford Escort that had lasted for a while at that time.

Those days were different days. Those were the days they would publish every student’s name and phone number in a school directory. Or at least I hope that’s a different practice from today. That summer of 2000 I got a phone call from Sherwin on the house phone.

The call was completely innocuous, aside from the fact he wanted to invite himself over to my house. I declined, and said I was busy. Even though I didn’t have that many friends in high school, high school was pretty much about the limit I wanted any involvement with Sherwin. I felt bad for him, but my free time is my free time. I was more interested in making friends with people outside of high school in their mid-twenties with full careers. I never bought into the school spirit schtick. There was life after that and I wanted to know it now. Sherwin on the other hand fell for it hook, line and sinker. He also never outgrew it.

2001 was Sherwin’s senior year, and this became a whole different animal.

Again, Sherwin and I were in the same PE Class, this year was racket sports. Tennis, Pickle Ball, Badminton, you name it. If you hit it with a racket or a paddle, we played it. As customary, I was an under performer in PE. Rather than hitting the ball back against our opponents, I much preferred hitting the ball into a neighboring court to screw up their game. As I had again paired myself with Sherwin, he followed suit.

Sherwin was the Equipment Manager for the high school football team. This essentially meant that he assisted with set up, clean up, and water. All things considered at the time, it was a good role for Sherwin. He felt like he could participate even though he couldn’t play.

This year began the odd infatuation with Piggybacks. It wasn’t uncommon for Sherwin to ask, and a student to oblige. Granted, he weighed less at the time than he does now, but kids didn’t have a problem humoring other kids. That was until it was discovered that Sherwin was receiving some kind of gratification out of this. I can recall an incident where a student asked Sherwin to finally get off his back, and he came down visibly stimulated. Completely erect. That’s when it stopped being fun and games and became, “Nah, dude.”

You could say this luckily wasn’t my experience, but I don’t count myself lucky here. Sherwin had become more aggressive, and didn’t know when to stop. It was PE Class, and he decided to show off. By placing me in a headlock.

One might say that’s just kids being kids but I’d have to refer back to a statement from the 2012 Grantland article entiled The Ballad Of The Piggyback Bandit, where his former boss referred to him as Lennie from Steinbeck’s Of Mice and Men.

“Put it this way,” Sherwin’s boss continues. “You know Of Mice and Men? He’s your Lennie. He doesn’t want to hurt the mouse, but he doesn’t know any better.”

This is where things get sticky. I couldn’t breathe. No matter whether I tried to breathe from my nose or mouth, there was no air circulation. It was cut off. Gone. I couldn’t budge his arm. Not even in the slightest. The parallel to Lennie has nothing to do with intentions. It has everything to do with an individual who does not understand their own brute strength. Sherwin has a tremendous amount. He doesn’t know how much he has.

It took other students screaming at him to let go, making him feel like he was in trouble, that he finally let go. When he did I fell to the floor gasping. I needed air, and I needed to cool down. My body temperature was boiling from the adrenaline and the panic. I was sweating. I needed to go outside the gym, so towards the gym doors I went, to get the fresh and cool air my body needed.

Sherwin didn’t see it my way though. He was under the impression I was about to march across campus in short shorts and an undershirt to report him to the principal. He was terrified of being in trouble. Just before I got to the door, down I went face first into the gym floor. Sherwin had tackled me. Students pulled him off of me, and out I scrambled. Then down to the locker room to throw on my clothes and grab my backpack, then walk off campus for the rest of the day.

Sherwin’s record highly suggests that he’s no longer terrified of being in trouble from any figures of authority. He’s been repeat offending all over the country. Any article you read about the Piggyback Bandit will quote officials and authorities concerned by his weight. They have no idea of his brute strength.

Sherwin’s behavior as chronicled by the media seems to get creepier as it goes. However, his offenses have not as of yet injured another individual. But as things get creepier, at some point this will reach its logical conclusion. And it will be tragic.

A Theory of Justice and Civilization 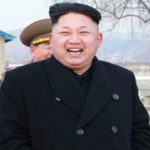