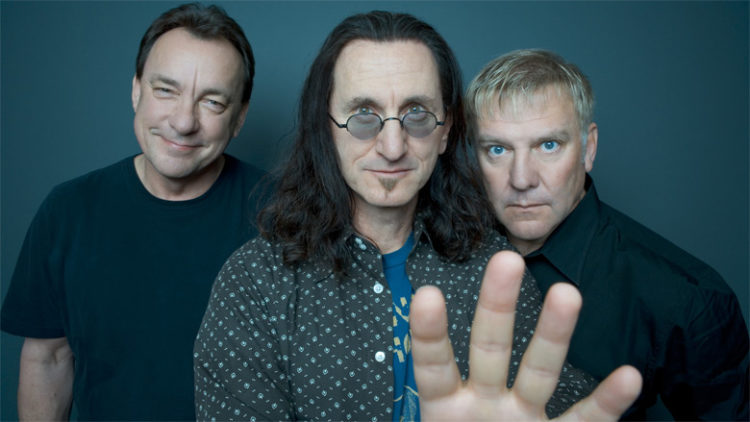 Shamelessly, wild narratives in Opinion Editorials being peddled as fact or universal truth have long existed. Legendary Progressive Rock Band RUSH learned this the hard way when a journalist attempted to sabotage their rise to fame following the release of their album 2112.

RUSH was attempting to rebound from their album Caress of Steel—an album that was ahead of its time but was a flop to audiences at the current time. Mercury Records was considering dropping RUSH from their label, but agreed to sign for one more album, given it would be more commercially friendly.

The members of RUSH were angry and had other plans. And so 2112 was born. A grand experiment in Prog Rock that was a hit, with anger that fans could identify with.

Neil Peart, who was RUSH’s main lyricist, would write the lyrics to 2112. Peart credited the author and Individualist thinker Ayn Rand for the inspiration. That would be a No Fly Zone, where journalism was concerned.

A journalist turned a routine interview into a twisted Op-Ed, and labeled the members of RUSH as Proto Fascists.

The band recounted the incident in the documentary 2112/Moving Pictures

Geddy: Well he [Neil Peart] was a huge fan of Ayn Rand’s writing, and he introduced her writing to us.

Alex: Not exclusively that, he was a very very broad reader.

Neil: I had read certainly a lot of science fiction at that time and Samuel R. Delany was a big influence on me. And there around the same time I found a copy of The Fountainhead. I said, “Oh, all the smart kids at school used to carry that around.”

Geddy: We all liked the book Anthem, which is the thing that kind of inspired 2112.

Associate Professor of Intellectual History John Ridpath: Anthem wasn’t all that Ayn Rand wrote. I’d say 1939 to 1940 when she was in the middle of writing Fountainhead. And so Anthem is basically the story of a society taken over by a priesthood of totalitarian dictators who use mysticism to try and subdue all the people in a society, which is so collectivistic and so totalitarian that the concept “I” has been eliminated from people’s minds. They don’t even have the concept of “I” which means they can’t conceive of themselves as individuals.

Alex: That whole idea of the individual, and sort of Libertarian values played a big role in the way that album shaped up.

Neil: I dreamed up this story of music being invented against a dystopian, totalitarian society. I felt this great sense of injustice that this mass was coming down on us and telling us to compromise. And compromise was the word I couldn’t deal with. I grew up a child of the 60’s and I was a strong individualist and believed in the sanctity of “You should be able to do what you want to do,” you know, without hurting anyone. When I realized that the story was parallel in Anthem, I felt like I had to say something about the association with 2112, so at the bottom of the lyrics I just put ‘with acknowledgement to the genius of Ayn Rand.’ Well how that came back onto us afterwards…

Alex: Yeah we got in trouble with the NME in Britain around that time. We did an interview, and this journalist wrote it up like we were Nazis, ultra right wing maniacs.

[The article in NME (New Musical Express) written by Miles on March 4th, 1978 was republished in The Guardian on May 13th 2015. This republishing by The Guardian was right at the beginning of RUSH’s R40 tour, which would be their final tour. Strange timing. Definitely not on purpose.]

Miles, after guiding the interview from music to politics himself, offers the following narrative in print following their conversation:

“To me this is getting too absurd to answer, because the whole extreme-right position is so illogical and irrational.

The thing is, these guys are advocating this stuff on stage and on record, and no one even questions it. No one is on their case. All the classic hallmarks of the right-wing are there: the pseudo-religious language (compare their lyrics to the Ayn Rand quote at the head of this article), which extends right down to calling the touring crew – road masters instead of road managers. The use of a quasi-mystical symbol – the naked man confronting the red star of socialism (at least I suppose that’s what it’s supposed to be). It’s all there.

They are actually very nice guys. They don’t sit there in jackboots pulling the wings off flies. They are polite, charming even, naïve – roaming the concert circuits preaching what to me seems like proto-fascism like a leper without a bell.”

Geddy: Growing up as a son of Holocaust survivors, I found that… just… you know, so offensive.

Cliff Burnstein with Mercury Records: The connection with Ayn Rand was definitely a media turn off. There was certainly a, kind of an association with the 50’s, conservatism, the McCarthy years… All this stuff probably made the media think “Well, this is just not my kind of band.”

Geddy: It’s about creative freedom. It’s about believing in yourself.

Geddy: You can say what you want about Ayn Rand and all the other implications of her work, but her artistic manifesto, for lack of a better term, was the one that struck home with the three of us.

Punk Rock began to abandon their message of anarchy during the W Bush Administration. While the movement was correct in their anti-war sentiments, they embraced the Left Wing of the Duopoly. They sold their dreams for small desires and lost the race. No longer did Punk Rock have the unique brand that was pioneered by The Sex Pistols. The genre extinguished its own fire and suffocated itself into obscurity.

Ayn Rand’s literature was certainly one of the catalysts to the western Libertarian movement. However, fast forward to current day Libertarianism, and you’ll much more commonly see names like Hayek, Bastiat, Friedman, Mises and Sowell being discussed. I actually couldn’t tell you the last time Ayn Rand’s name came up in a discussion or was cited for anything.

Say what you will about Rand, like anyone whose work is fallible, but the ideas of individualism are a Far Cry from that of a Fascist totalitarian regime. In fact, the entire concept of 2112 is specifically bucking that concept of totalitarianism.

But no army can stop an idea whose time has come. 2112 was a success, and RUSH earned the right to write their own ticket, free from corporate influence. Their next album, Moving Pictures, would be their best selling album of all time.