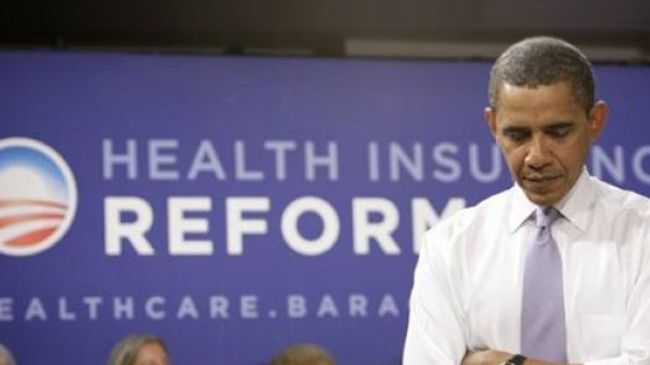 Andy Slavitt, the acting administrator for the Centers for Medicare and Medicaid Services (CMS) which oversees the Obamacare co-ops, told the Senate Finance Committee that his agency would also look approvingly on co-op mergers with existing insurance companies.

The new private investment policy represents a major reversal for the Obama administration, which has previously hailed the non-profit co-op health insurance model as a tool for providing competition to private, for-profit insurers.

Obamacare critics said the new policy is also an admission of the co-op program’s failure. Twenty-four co-ops were authorized by Obamacare, which provided $2.4 billion in start-up loans in 2012. Only 12 of the co-ops are still operating. Three of the survivors, including co-ops in Illinois, Maine and Massachusetts, are reportedly in perilous financial condition.

“It is such an admission of failure, that it didn’t work,” Grace-Marie Turner, president of the Galen Institute told The Daily Caller News Foundation after Slavitt’s testimony. Opening the co-ops to private investment means “they would no longer be co-ops,” Turner said.

Slavitt offered no details on how the government’s rules would be changed to attract private investors to the non-profits, but he insisted the changes are “very much on the table.”

Aaron Albright, a CMS spokesman, told TheDCNF  that he had no details about the new policy. “We’ll be posting more detailed information in the next day or so,” he said.

Only the Maine co-op reported a positive revenue balance in 2015, but it is not accepting new customers in 2016.

Thomas Miller, an economist and senior fellow at the American Enterprise Institute, told TheDCNF he doubted private investors would pour good money into the failing ventures.

“If you could get people to pump money into the co-ops and not expect to get it back, that would be one model. The question is what’s the interest of private capital without any return,” Miller said. “They might want to maintain the outer trappings of what’s called a co-op but it would be something else in practice.”

The idea that the co-ops will be permitted to merge with existing insurance companies is also a major departure for the administration.

Under the current Obamacare co-op rules, insurance representatives are barred from any management participation in the co-ops and insurance executives cannot sit on their boards.

Slavitt said little about the 12 surviving co-ops during the hearing.  He acknowledged in prepared remarks to the Senate committee that an unspecified number of co-ops remain in financial trouble and are either operating under “enhanced oversight” by CMS or are pursuing a “corrective action plan.”

When asked by committee members how many co-ops might fail in 2016, Slavitt would only say that “all of the co-ops that entered the 2016 plan have every opportunity to be successful.”

He said CMS would now try to “anticipate problems rather than have them presented to us.”

Slavitt said after a current open enrollment period ends, “we have a financial audit that will go on with each of the co-ops and I’m sure we’ll learn more.”

Slavitt was not hard-pressed by questioning from either Republican or Democratic committee members. His nomination as the permanent CMS administrator has yet to be confirmed by the Senate.

Sen. Ron Wyden of Oregon, the panel’s senior Democrat, said Slavitt would be an “excellent” administrator.

Political activists originally sought a government-funded insurance program similar to a universal single payer plan.  When that proved impossible under the Democratically-controlled House and Senate, the co-ops became a substitute for the single payer plan.

At the time, many healthcare activists were hostile to for-profit enterprises in the health insurance sector.

Committee Chairman Orrin Hatch said one of the problems that “doomed” the co-ops was the CMS decision to redefine the co-op’s loans as assets. That decision, the Utah Republican said, allowed the co-ops to “cook their books” from the start.

“They wanted to declare debts as assets,” Turner said.  “George Orwell would be proud that debts are assets,” she said. “That’s crazy.  You can’t get away from that.”

When TheDCNF sought comment on Slavitt’s testimony from the National Alliance of State Health CO-OPs, the co-op’s main trade association, this reporter was referred to Strategies360, a Democratic public relations firm. The firm did not respond to requests for comment.

Video: Paranoid Drug Traffickers Call Police to Turn Themselves In

ISIS Has Contingency Plans To Unleash A Biblical FLOOD